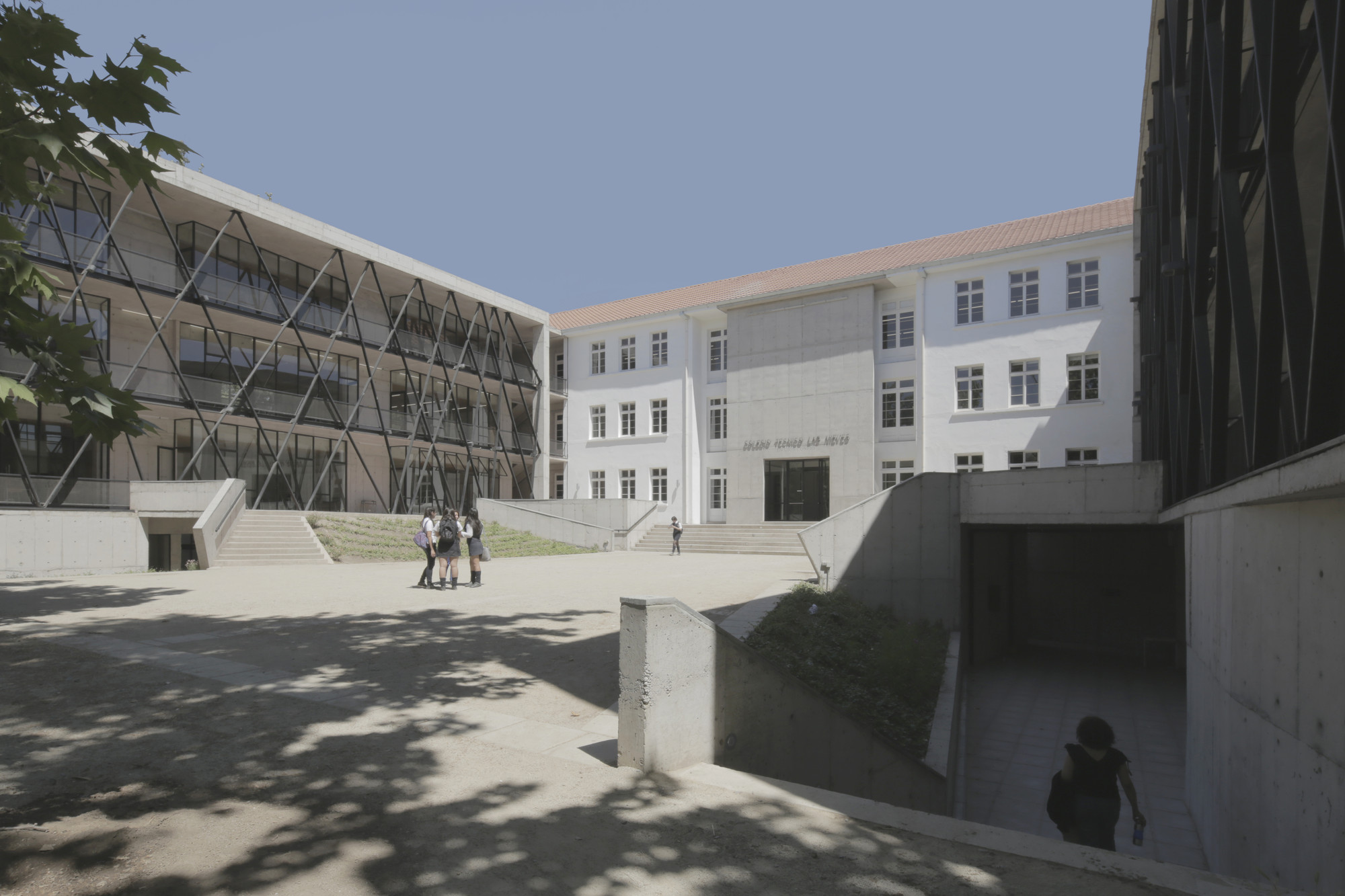 Text description provided by the architects. The project corresponds to the reconstruction of a heritage building.

It is part of the educational infrastructure from Protectora de la Infancia in the town of Puente Alto, Santiago, that welcomes vulnerable minors in extreme poverty.

The building is part of a set of Modern Architecture buildings from the 1930s-40s, which suffered serious damage in the 2010 earthquake.

The commission was to restore the operative capacity of the school for 800 students, destroyed by the earthquake, and to modernize the old facilities. Thus create an infrastructure corresponding to the new educational needs of a school from the twenty-first century.

1.- Structural repair and remodeling of the old building, according to current regulations for educational facilities. After a serious engineering study, it is determined that about 30% of the building was to be demolished, to be rebuilt afterwards. The remaining 70% would have to be subject to intensive structural repair based on inserting a new reinforced concrete endoskeleton.

2.- Rebuilding the infrastructure that had to be demolished. This meant the construction of two new pavilions, incorporating contemporary materials such as concrete, exposed structural steel and glazed partitions.

Some important themes considered in these two simultaneous projects:

- Regarding the renovation: It was decided that all new inserted structural elements will be made of exposed reinforced concrete, to show the points of intervention.

- Regarding the program distribution: in the old building, it was decided to group the administrative program, which requires separate precincts, in order to insert a larger number of load bearing walls, as required by the engineers.

- Regarding demolitions and new construction: we opt for the demolition of the 3 pavilions perpendicular to the main body of the old building, damaged in their structure.

From these 3, only the two pavilions at the ends would be rebuilt.

These 2 new pavilions make up the new central plaza, keeping the shape of the old project, and are the exterior facade to the Campus.

The new pavilions house the classrooms and on the lower levels, which extend outside through sunken courtyards, are the workshops and a library.

The facade of both volumes is designed as a single unit, open and transparent to the central courtyard.

Taking advantage of the slope and the need to maintain the level of the main floor that connects to the existing building, we considered this new Base Level, taking the slope and earning one extra floor for the new building. This floor creates a transparency from the square out and raises the building from the ground.

An additional challenge in this project was that the search for funding was part of the commission, as the supporting institution that maintains this school in Puente Alto for 40 years, did not have funds for the reconstruction.

It was necessary to work on the project in such a way so that it was possible to apply for competition funds from MINEDUC, to obtain a third of the funding, the rest had to be raised from private donors. 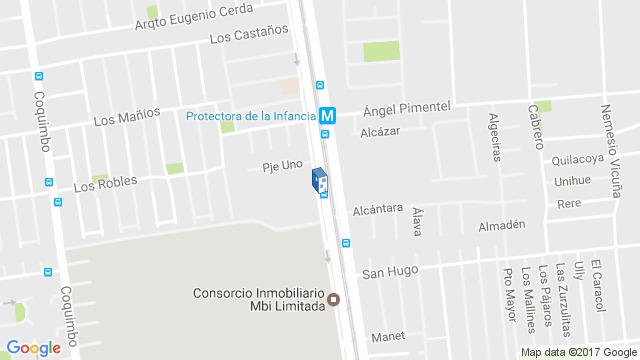 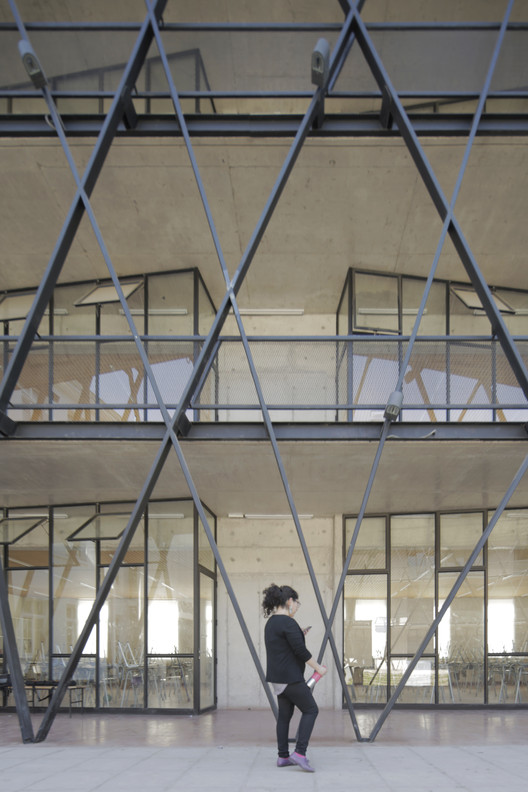