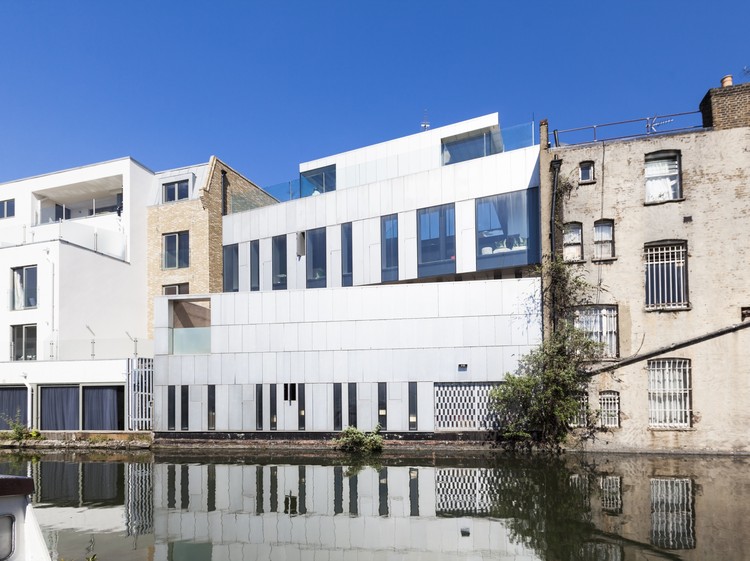 Text description provided by the architects. The concept for this new-build home, located on a narrow strip of land between a busy road and the Grand Union canal in West London, developed as a careful response to the urban context. The main volume continues the parapet line of the Victorian pub to the east—a listed building—and the horizontal lines of the cladding system relate to the window heights of the older building at the edge of the site. Due to a high level of traffic noise, the north façade has very few openings, but avoids being dark and gloomy thanks to the aluminium cladding.

With the availability of light and views in the direction of the canal, the south façade features more windows and the vertical height is broken by a two-story extension whose triangular plan is determined by the angle between the road and canal. The height of the extension connects with the roofs of the neighbouring workshop and buildings across the canal.

Inside, the section is organised as a series of parallel spaces that move from one condition to the other. Each floor is conceived in a manner that is consistent with its purpose and is largely independent of the arrangements above or below. Although the new floors are open to the south, the singularity of this arrangement is obscured by changes to the section of the façade: the mirrored slots overlooking the canal, the enclosed court on the first floor, and the colonnaded gallery on the second floor.

From the archaeological character of the basement to the screened forecourt at ground level, the sense of enclosure in the guest and music rooms compared with the expansive privacy of the master bedroom, the loose formality of the living space, and the open vistas of the roof terrace, the house offers a wide range of locations for different activities and states of mind. In this context, the staircases are designed to promote choice and continuity within a range of scenarios. 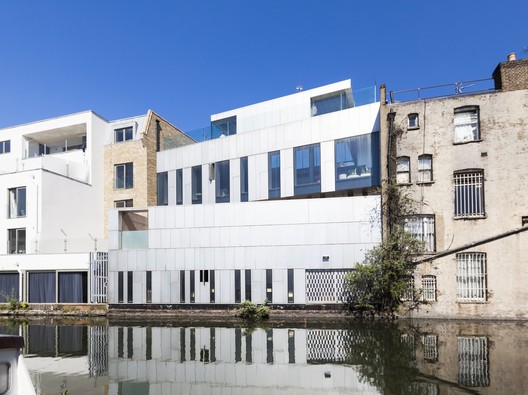