Save
Bank of Pisa and Fornacette New HQ / Massimo Mariani 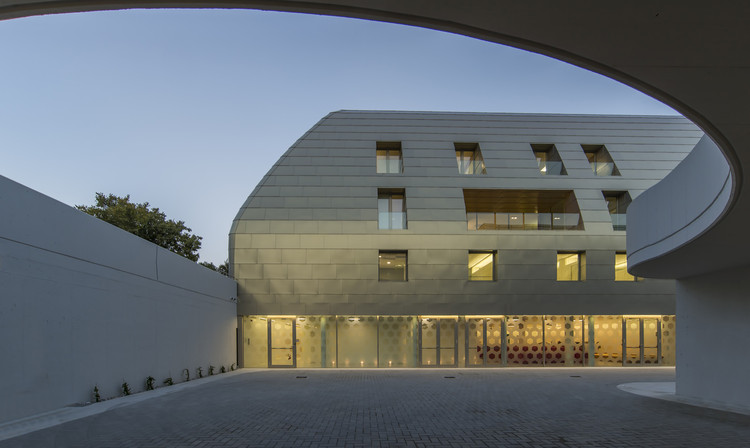 Text description provided by the architects. The new building.The new headquarters of the Bank of Pisa and Fornacette was inaugurated on 6 September 2014. The building constitutes the last step in a more general urban redevelopment plan, as well as being a functional-operational base for customers; a new building, a square, and new open green spaces for community use were built near the old headquarters.

The new building was constructed on an area previously occupied by a commercial building from the Seventies; it has a much higher qualitative and technical-performance profile and complies with the most stringent parameters on the energy consumption and overall sustainability of the entire work (Life Cycle Assessment).

The result was a contemporary building in terms of its appearance, the materials and the relationship established with the territory and the environment in general, characterized by a reduced energy and environmental impact and high thermal and acoustic efficiency. These are all qualities that place the work in energy certification Class A/A+.

The building covers a total of 4,500 sq m and has 3 floors above ground and a basement. The managerial and administrative offices, distribution spaces, areas for interaction, other service rooms such as bathrooms and technical rooms, and the vertical connection shafts are located on the upper floors; the auditorium with around 300 seats and a large space used as an exhibition area and for events are located in the basement.

These underground rooms obtain natural light from the west side which has a continuous glass wall overlooking the sunken square of the car parks. Two central courtyards defined by wide area with vertical gardens bring light and natural ventilation to the interior rooms.

Entirely clad with an iridescent metallic skin, the building changes colour with the light and, as a whole, greatly resembles a large ingot. The main façade opens to the outside with a large multicoloured glass window that transforms into a lantern at night, while the other façades are dotted with regularly spaced terraces and windows on the golden cladding.

Inside the building, the interaction and distribution areas have seats and historical “pieces” of Italian design, the result of a specific and almost curatorial selection that enriches the building with a new collection. 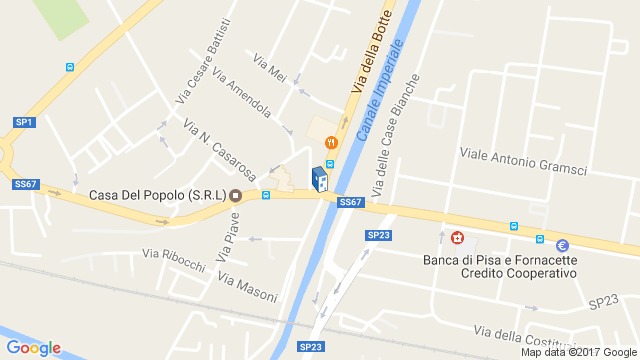 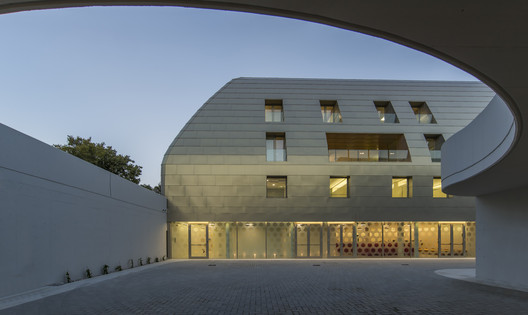