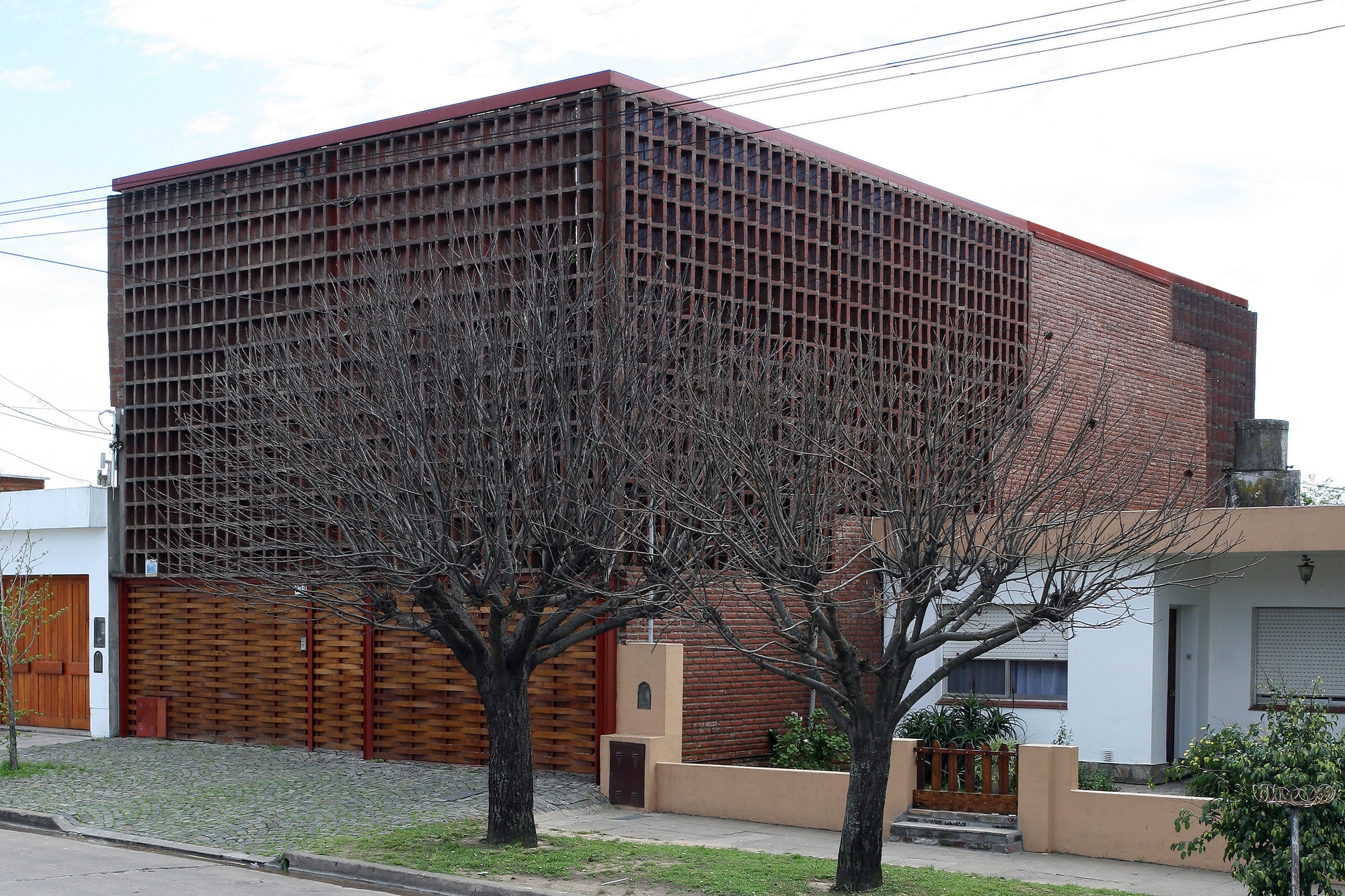 Text description provided by the architects. The project stands on a lot facing south containing a garden on the center of the block.

Its parcel is next to Rivadavia Avenue, the main axis of the city and, hereabout, an area characterized by schools and stores during the day and discotheques at night.

The building of the former cinema, which stands as a reference on the city, borders the parcel at its end. On its twelve meters high party wall, the garden climbs up with a vine and redefines the existing limits of the patio.

At home, on the street, a series of sieves soften the light, the winds and filters the noise and the views, mediating the relationship with the public space.

The sieves, made of brick, rise to the height of the upper deck, materializing the limits of the patio while pairing with the scale of the old cinema.

Inside the courtyard, the suspended stair-studio qualifies its surrounding space, organizing entrances and suggesting a promenade of the void from the interior. The relation between the volume and the perimeter of sieves virtualizes a succession of places within the patio’s continuous space that communicates with the garden through a semi-covered crossing space.

The structure made of compounded standardized profiles, lifts and frames the brick sieves, walls and precast slabs.

The sieves continue onto the party walls and reappear at the garden, on the sides of the gallery and the terrace, forming a continuous envelope with variations of density.

Once inside the brick envelope, the system of openings and plywood paneling solves simultaneously interior partitions, furniture, roof’s structure, and gives closure to the interior of the garden and the front yard.