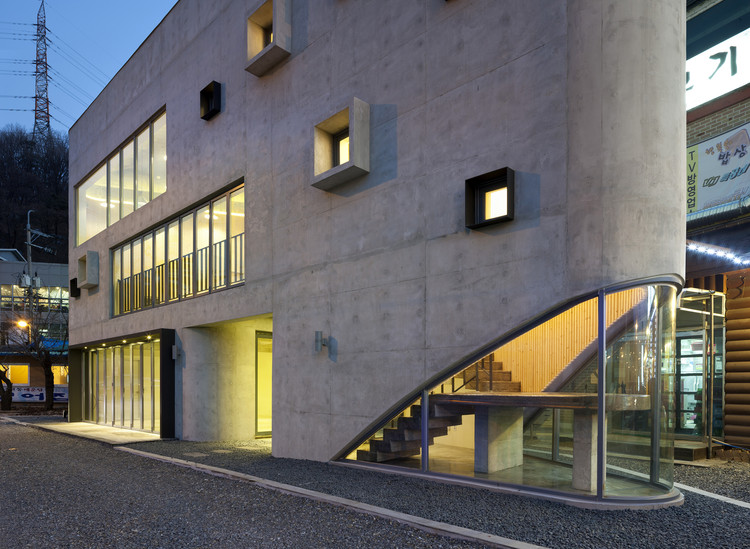 Text description provided by the architects. The site is near Han-river in Changwoo-dong, located at the city boundary of Hanam. It was left unused because many decades ago, the road along the river had been widened, making this land end in a weird shape. The land looked like a last piece of round pizza or a cheese cake piece on a neat dish.

Because of the form, the land remained empty until we intervened. When we visited the site with the clients, it felt as if the land beckoned us to make use of it. This triangular area was about 123㎡, and after we offset and extruded the shape of the land, it became a triangular prism with 70㎡ of possible building area.

Though we brought the shape of the land to the design of building, it was quite difficult to set up a certain pose under these conditions, constantly exposed to probing eyes and heavy traffic.

Architecture is giving body to the will of earth, as well as a beautiful dream of the land, but the most important factor is to give the gesture to co-exist with the surroundings. But sadly, the context was erased in this very land.

To build on an erased context is an unnatural, comparable to drawing a mouth, nose, and eyes on a shapeless mass, but it is a condition that most of the cities have in common.

That is why we punched various square openings on the large flat façade. Then we took the edge off the sharp triangle which the cars would conceptually run into. And we opened the west edge like a fish opening its mouth. To complement the narrow and pouting interior, we designed height of floors higher than usual and cut walls to let light in, while putting waves of wood louvers on the wall to enhance a gentle atmosphere.

<Extrude> is a trace of deliberation on the land which context was smudged. 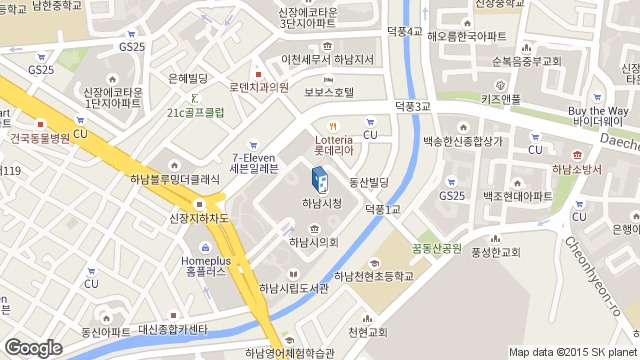 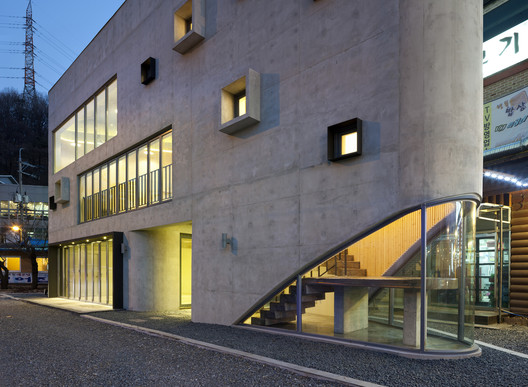