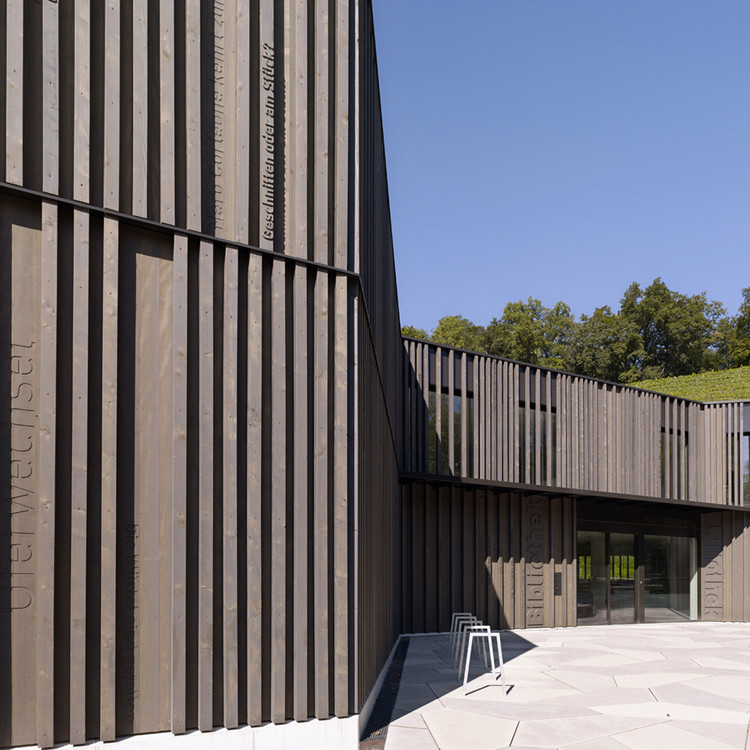 Text description provided by the architects. As part of a two steps project's competition organized in 2010 for the new library of the city of Spiez, the jury awarded the first place to the "Buchwert" project ("book-treasure", word game of the term « book value ») designed by 'bauzeit architekten' office in Biel.

The project consists of a two levels wooden building, which forms an 'ensemble' with two existing buildings; the school and the main municipal,'s administration building. On the first floor, we find an extension for the municipal's administration (social services), on the ground floor the library and the game library for kids. The first phase of the detailed project was spread from 2011 to 2013, followed by the realization and the end of works in autumn 2014.

The new building as part of the ensemble of public buildings defines, with its geometry, the surrounding space: in the eastern side, the park with its exotic trees maintains a clear spatial framework, while on the western side a sufficient distance is maintain between the residential neighbourhood area and the public buildings. In the North, it joins at the foot of the hill of the vineyards of Spiez.

The building's exterior aspects, clearly affirms itself as a public building in several ways: The wooden facades, exempt of any iconographic element, which can express a use, present a rhythm which gives a unity to the volume. They provoke a certain monumentalization but also a calmness which confers to the building a modest presence. The envelope reminds of a book's structure on shelves. The wooden building integrates the ancient local tradition, without imitating the forms.

Massive wooden beams, which guaranty both sun protection and also acts as a vertical balustrade, are milled with approximately 172 books and game titles, in honour of the work of their authors. They inspired the ancient building's friezes in wood in the Bernese Oberland, which crossed the centuries and the words of which question us with delicacy. The facade of the new building sends back to these former processes of the joiners, attached to look after the technique and after the contents. To realize this handwork in this scale is not payable any more today. The typographic data were thus burnt by means of a milling cutter CNC in the wood, sometimes in high relief, sometimes in bas-relief. According to the light and the weather situation, the words are sometimes readable only by looking at it closer. With the erosion of time, their outlines are going to become milder, to crack and to receive the patina of the sun, maybe up to a certain fuzziness. They are going to age and to become more alive and more beautiful. This work led to Spiez's Corporate Design of the library, and was also used for its internal signage-system.

The building's structure used prefabricated wooden elements for both walls and slabs. The client's wish was to use certified Swiss wood. The slabs are constituted by prefabricated elements with hollow structure. The external walls are made by frames with posts and beams in laminated wood. The exterior is covered with a wooden cladding in massive wood. The cladding of the facade age well and can be repaired easily; at all or punctually replaced if need be, as for the old constructions in the 'Oberland'. The internal side is covered with panels in laminated wood too (walls and ceiling) that confers a specifically character to the interior atmosphere.

The organization of the internal spaces can be freely modified thanks to the not carrier walls of separation. While in this period the timbers often imported from foreign countries because of the monetary situation of Switzerland, it is necessary to underline the exceptional fact that more than 98% of the 451m3 of wood used for the construction of the building results from Swiss forests managed durably. 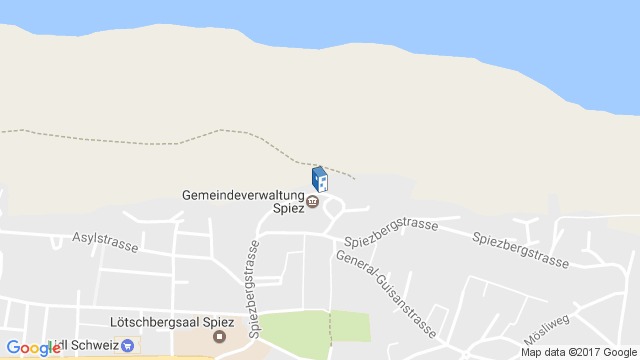 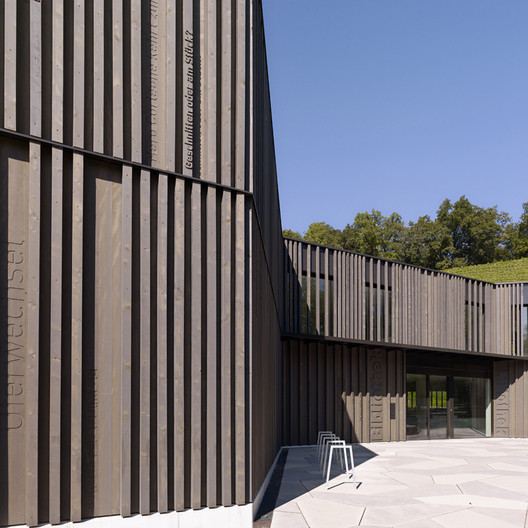