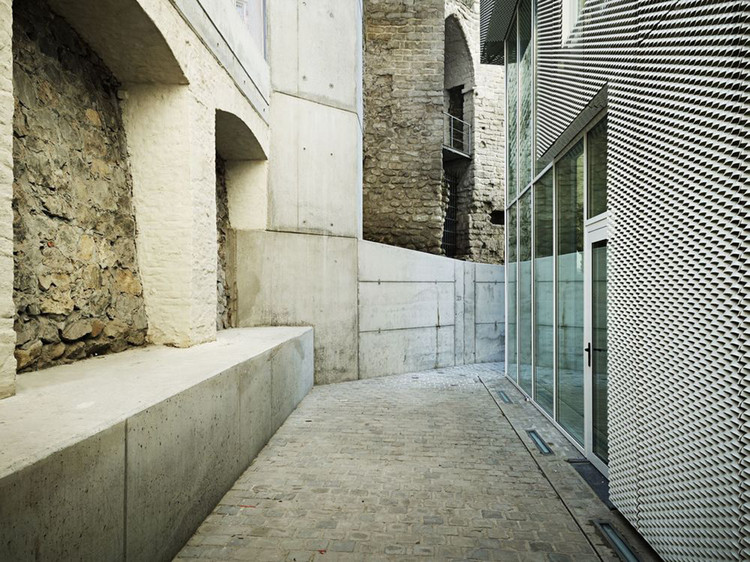 Text description provided by the architects. Construction of a mixed-use housing and office building boulevard de l’Empereur in Brussels.

Work here concentrates on the impact of built and un-built volumes on the existing urban landscape, leading to the first obvious option not to occupy the entire terrain (as does the existing 1950s office block promised to demolition) but instead step back, re-aligning with the back-side of the left-hand neighbor. Secondly, option is taken to develop a bona fide 3-facade end-piece, finishing off an existing alignment of imposing boulevard architecture punctuated by the restored Tour Anneessens. This is therefore a strategic site articulating 19th-century-scale buildings and medieval-scale vestiges, no gestures wanted, only pertinent responses.

A neutral white ensemble serving as " fond-de-scène " for the medieval Tour is imagined, characterized by a rhythmic un-identical series of steps back, on all three sides, molding and qualifying as such the open space crystallizing between the new building and the Tour. Built and un-built space folds and un-folds, deforms then reforms, morphs, taking its cue from immediate context as well as from the ergonomics of the resulting interiors and terraces.

The outcome brings added value to the small planted garden next to the project on which the Tour once forlornly stood, with fresh and inviting perspectives to and from the vestiges, and secure and convivial public/semi-public space where tourists and passers-by can stop and admire them. A winding concrete serpentine serves as a welcoming bench, winding its way right up to the last fragment of medieval arch upheld. 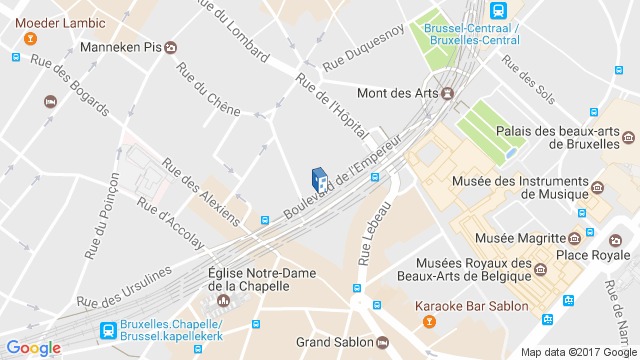