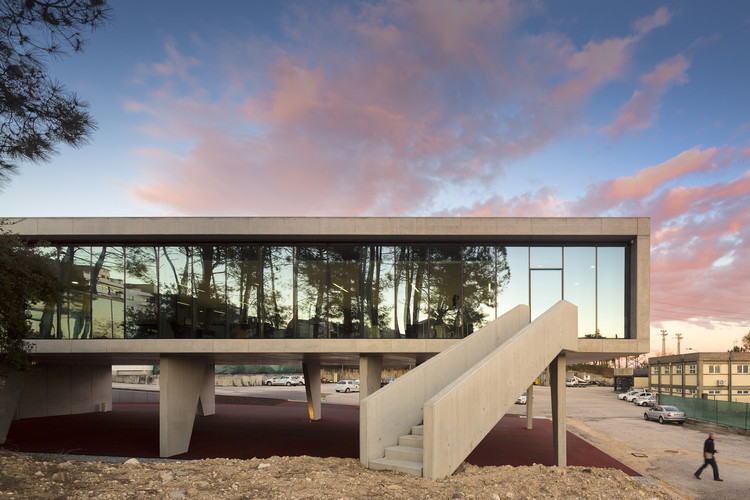 Text description provided by the architects. It was the year of 2008. Our client was EDP, the biggest energy company in Portugal. To conceive a project for this downhill plot of land was the challenge we had in hands; we took particular interest in a pleasant grove among that industrial surrounding.

Our idea evolved into devising a valuable building for the surrounding area. However, Portugal was hit pretty badly by the European economic crisis and the situation arrived at stalemate. Reaching the end of 2011 we faced another test. Our budget was cut down to one third and the former project had to shrink, naturally.

In cooperation with the concept designers, we found a solution to face the existing financial demands, which led to a new building, relocated towards the grove. The solution consisted in turning that landscape into an engaging one, allowing our project to act as the bridge between the two elements:

So, inspired by Japanese Metabolism and the works of Kenzo Tange – the master who, through his architecture, gave an important statement of pliability in post-world war II mentality – we celebrate the symbiotic relationship between Natural Energy and Mankind by designing a building which deliberately relates to the centipede.

Featuring a rectangular floor plan, the building deliberately resembles the centipede and its design allows both its purposes to work apart.

On the one hand, we have the EDP Leiria. With an administrative function, the main entrance faces East, heading up to a corridor and a hall. The corridor leads us to the open space office, allowing the staff to settle in to both landscapes – East and West of their work environment. Through the door in its South-West corner, a stairway takes us directly outside into the grove for a picnic lunch, a walk or a private phone call. In the hall we can see a tunnel and a spiral staircase. The first consists of a neutral shape leading to a contrastingly bright glassbox room, designed for brainstorming and meetings. Being an independent body, it has a serene vibe and wears the grove’s camouflage as privacy. The spiral staircase takes us to the staff’s lower ground floor. Changing rooms can be found on one side and on the other, there is a resting area with scullery and a staff door leading to the car park through the legs of the arthropod.

On the other hand, we have the EDP Sãvida Clinic. Since the very beginning, it was the client’s wish to have a health facility by their administrative building. Aimed for the staff and their families, it operates independently. The clinic has its own access through a bridge on the North-West side of the construction, allowing it a separate function. Taking advantage of the natural light, the clean cut interior extends from the reception and waiting room through to the doctors’ offices, sustaining a strong connection with the trees, invariably. 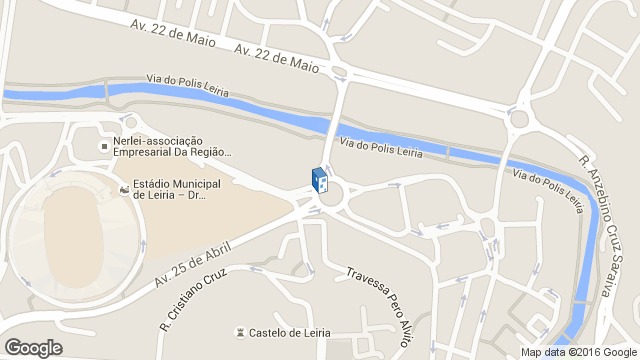