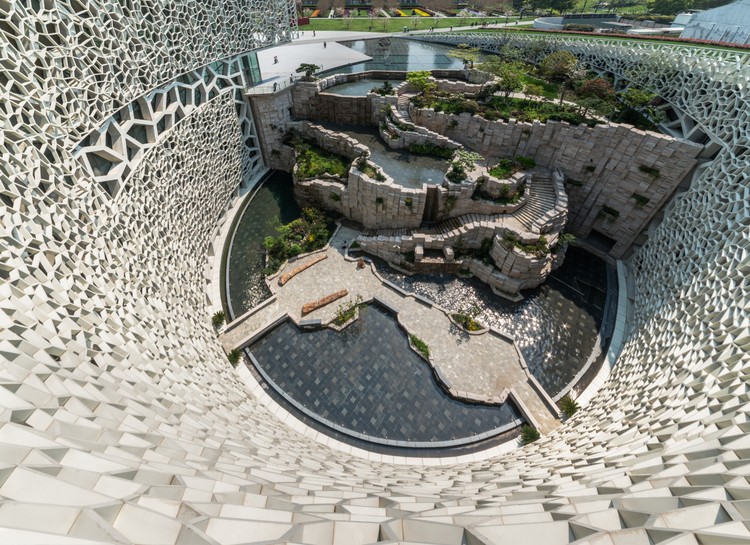 Text description provided by the architects. The much anticipated Shanghai Natural History Museum, designed by Perkins+Will’s Global Design Director Ralph Johnson, has opened in Shanghai. The 44,517 square meter (479,180 square foot) museum offers visitors the opportunity to explore the natural world through the display of more than 10,000 artifacts from all seven continents. The building includes exhibit spaces, a 4D theater, an outdoor exhibit garden, and a 30-meter tall atrium that welcomes visitors with an abundance of natural light filtered through a striking glass wall inspired by the cellular structure of plants and animals.

Perkins+Will was selected following an international design competition that included entries from some of the world’s best known architects. The overall shape and building organization was inspired by the nautilus shell, one of the purest geometric forms found in nature. Natural elements are depicted across the building’s façades including the central cell wall representing the cellular structure of plants and animals, the east living wall signifying earth’s vegetation, and the northern stone wall suggesting shifting tectonic plates and canyon walls eroded by rivers.

“The use of cultural references found in traditional Chinese gardens was key to the design,” said Johnson. “Through its integration with the site, the building represents the harmony of human and nature and is an abstraction of the basic elements of Chinese art and design.”

It is a bioclimatic building in that it responds to the sun by using an intelligent building skin that maximizes daylight and minimizes solar gain. The oval courtyard pond provides evaporative cooling, while the temperature of the building is regulated with a geothermal system that uses energy from the earth for heating and cooling. Rain water is collected from the vegetated roof and stored in the pond along with recycled grey water. All of the energy features of the museum are part of exhibits which explain the story of the museum.

“For people who grew up in Shanghai, the old nature museum has a special place in their memories,” noted Managing Director for Perkins+Will’s Shanghai office James Lu. “Likewise, there is much excitement surrounding the opening of the new museum, which will have a similar place in the hearts of both residents and tourists alike. The museum will bring a renewed experience of natural history to this city for generations to come. We are honored to have served as the architect.” For more than three decades, Perkins+Will has designed dynamic projects across China. The firm’s 40-person office in Shanghai services a wide range of clients, and operates within all of Perkins+Will’s practice areas.

The museum is in the Jing An District, in the center of downtown Shanghai, and within the Jing An Sculpture Park. The building replaces the original Natural History Museum and improves the museum’s ability to exhibit its collection with 20 times more exhibition space.

Ranked number two among Architectural Record’s top museum design firms, Perkins+Will’s portfolio includes projects for some of the world’s most respected cultural institutions. Perkins+Will is the architect for the interior for the Mary Rose Museum in Portsmouth, England and past work includes the Intrepid Sea, Air and Space Museum in New York, New York; August Wilson Center for African American Culture in Pittsburgh, Pennsylvania; Peggy Notebaert Nature Museum in Chicago, Illinois; A Casa Museum in São Paulo, Brazil; and Presidio Officers' Club Museum in San Francisco, California. Additionally, Phil Freelon (now with Perkins+Will) leads the design team for the Smithsonian National Museum of African American History and Culture, currently in construction on the National Mall in Washington, DC. Freelon was also the design architect for the Center for Civil and Human Rights in Atlanta, Georgia. For more information on the firm’s museum projects visit - http://perkinswill.com/type/museums 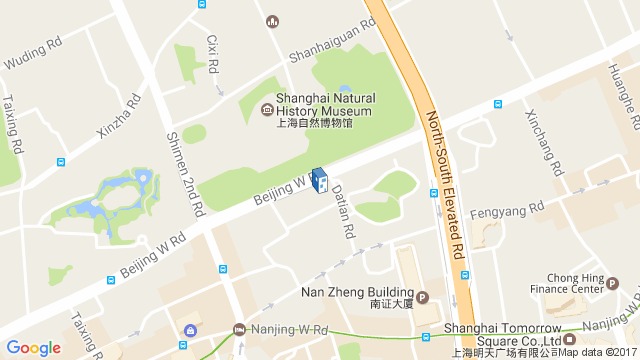 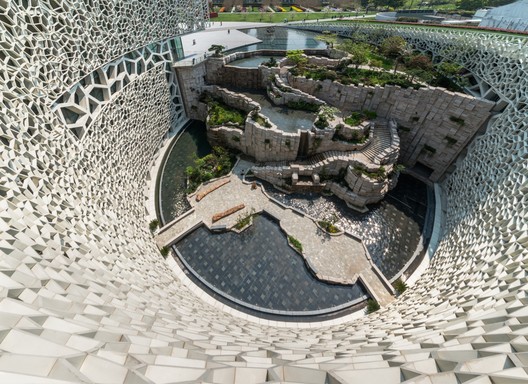