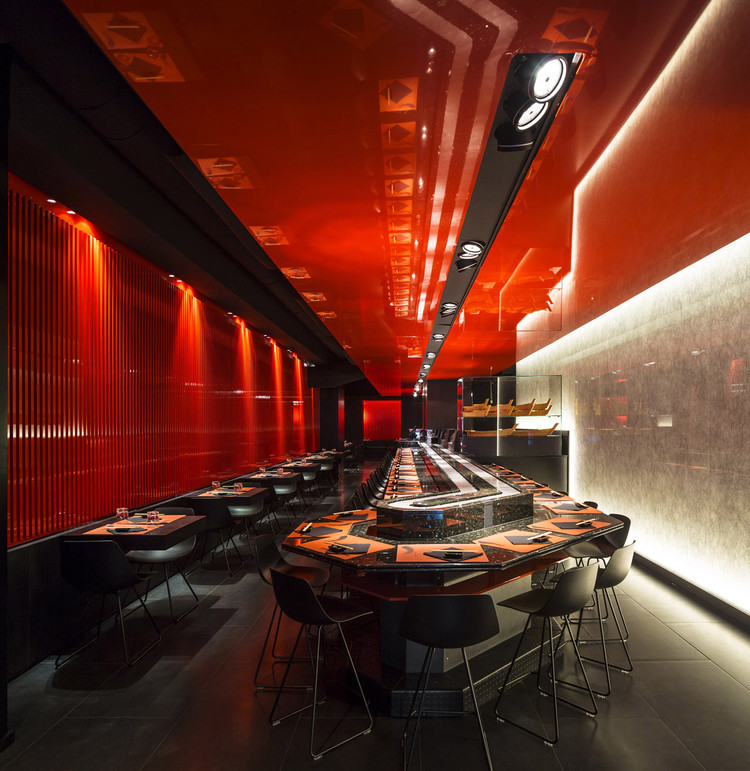 Text description provided by the architects. The project for a Japanese restaurant in Rome is inspired by the walkways in the forest bordered by the succession of blacks and glossy orange-red wooden portals, which lead to the temples of Fushimi Inari in Kyoto, of which reproduces colors and suggestions.

Zen Sushi was the first Japanese restaurant to bring in Italy the Kaiten, the particular conveyor belt to serve freshly prepared sushi on colored saucers indicating prices. On the tenth anniversary of the restaurant in Rome the property wanted to give a new look. The design challenge was to create a space with a truly Japanese essence in a contemporary way recreating the suggestion of colors and materials of the temples of Kyoto.

The project is conceived as a process, a sequence of steps and direction changes, which gradually reveal the environments without closing the perspectives, invite you to explore the interior spaces. Dividers and walls formed by the close succession of hundreds of vertical elements of black wood lacquered from one meter up of glossy red-orange drive and mark the going throw, and red orange reflecting suspended ceilings identify the different areas of the hall, the sushi bar and the table rooms.

Suspended pvc lacquered ceilings the same color enphasize the visual perspectives and define the different areas of the entrance and waiting, the long bar sushibar with the Kaiten, and a small more intimate room in the bottom that can be reserved for private dinners.

Two rich black polished marble walls are the backdrop to the entrance area and the room with the tables where the marble wall continues along the staircase leading to the bathrooms downstairs, reflected on the opposite mirror walls that multiply the perspect of the space. The same marble with a brushed finish as worn by time are used for the reception desks and sushibar as massive quarry blocks resting on the floor, while a rice paper backlit wall underlines the central focus of the restaurant, the Kaiten and the open workstation of the sushi master.

Porcelain tile floors and matte black painted ceilings together with balck painted exposed air systems make the space container completely dark and neutral leaving out only  the red orange backlit ceilings and the red orange walls hitten by a punctual lighting that makes them look like fiery, revealing multiple scenes in an environment where you can not perceive the involucre. 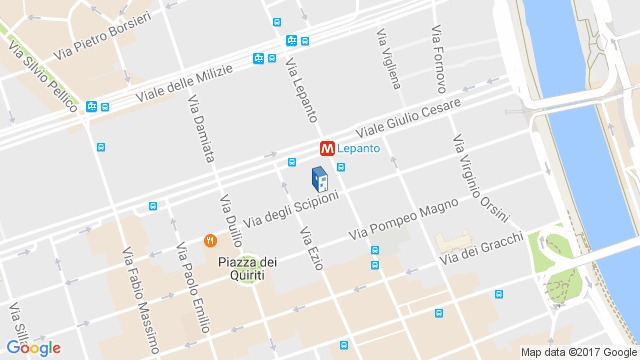