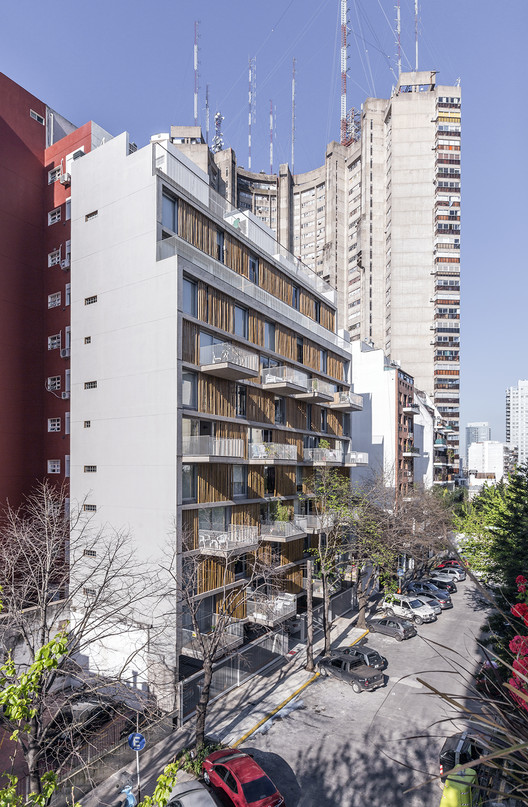 Text description provided by the architects. The building occupies an unusual lot in a street cut by the railroad tracks. The surroundings has special features such as two lands in the opposite block owned by National Parks, which are not going to be built in the future: behind them and at the end of the street run the railroads, creating a green corridor within the urban network. While measures of the lot are common in Buenos Aires (8.66 x 25 meters) it is disposition, with the long side parallel to the street which makes it peculiar. For this reason, the building has a singular front facade which is defined as a display volume that provides a particular formal dialogue with CAPAYBI 1971 building, from the architect Alfredo Joselevich, father and grandfather of two of the authors of the project, located on the same block.

The facade is worked in two layers, one glazed, allowing a large influx of light and complete visual of the cityscape, and the other of bamboo, which functions as a screen that regulates climate, privacy and security. Both planes form a buffer zone that qualifies the interior space with its shadows. In turn, the bamboo screen directly affects environmental quality both inside and outside the building; protects the interior of the sun and incorporates a natural feel to the architecture. Interest in a fully open indoor-outdoor relationship, but in turn measured by layers, is part of a characteristic continuing investigation by the authors.

The rest of the project is solved with a reduced palette of materials. The structure is a system called Prenova of lightened slabs without beams which function as finished floor. The windows and railings are from natural aluminum. The bamboo used for the facade is an economic, ecological and easy to maintain material because its bark acts as protection.

The volume of the building responds to the urban regulations. As the FOT (Factor de Ocupación Total) has allowed four levels, but the permitted height was greater, it was decided to build eight half floors. The building now houses 19 units in double height, large front and narrow depth. All of them are open to the outside through sliding windows. The flexible and open solution allowed to generate different internal layout and interior modifiable according to each user.

Given the location of the project in the urban network, the generous climatic situation of Buenos Aires and the fact of providing housing in the city, the building proposes an outer space of three by two meters (balcony - terrace) in each unit. It is through the scale of these spaces and the heterogeneous distribution in the volume of the building and the transparency of the facade that the project provides a frank link with the city and the landscape. 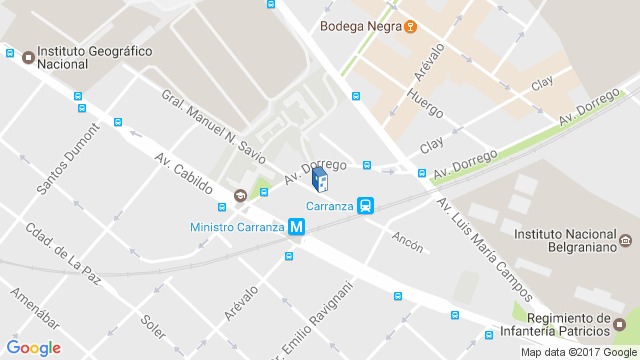