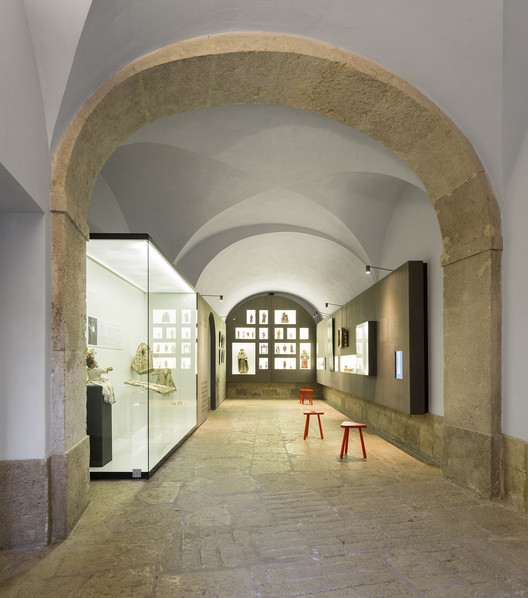 Text description provided by the architects. The project is located in Lisbon's historical centre, in the border area between Baixa Pombalina and Alfama neighbourhood.

The new museum replaces the existing one (contiguous to the church), and is expanded to a new area in an existing residential building constructed after the 1755 earthquake, that includes construction elements supposedly prior to that.

The space's original scale, geometry and identity were recovered by demolishing and clearing existing mischaracterized constructions. New exhibition panels were designed in consonance with the existing geometry, emphasising it and reinforcing the ancient stonework. These architectural and museographic new elements solve the museum's technical questions and stand out through its' precise scale and dimension.

Outside, a perforated metal plate covers the old museum's entire facade in order to clarify the existing building's geometries, hide technical elements and communicate the museum's identity. It's semi-transparency enhances the visual relation between the museum's interior and the square (where Santo António's statue stands), and allows the existing stone porch to be seen from outside. 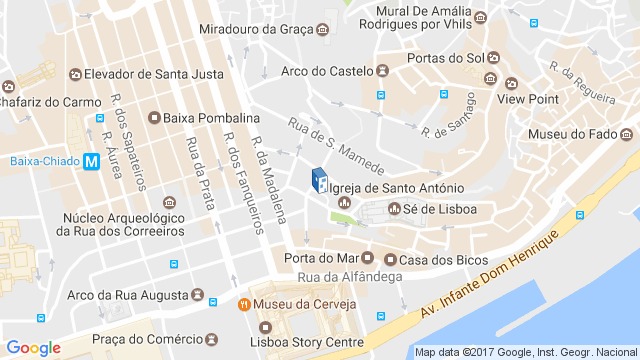