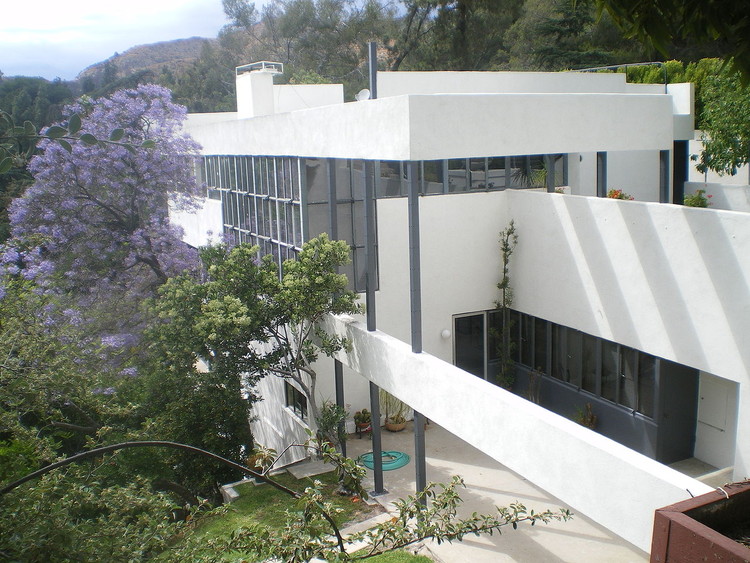 Born in Vienna to a wealthy family, Neutra's early career is a who's who of European architecture: he studied under Adolf Loos at the Vienna University of Technology and took a job in the office of Erich Mendelsohn after briefly being the chief architect of the German town of Luckenwalde in 1921. After emigrating to America in 1923, Neutra continued to mingle with the biggest stars of architectural society, working under Frank Lloyd Wright before establishing himself as the West Coast architect by completing his Lovell House in 1929.

Neutra's classic mid-century houses proved incredibly popular both then and now; popularity that was aided by the prefabricated elements of his designs. The essential airy lightness of a Neutra house could be easily replicated across the West Coast, and then personalized by the attentive Neutra to create a house that fit the client and the landscape in a way that other mass-produced styles struggled to achieve. Though Neutra once tried to move to the Soviet Union to bring his prefabricated style to workers' housing, Neutra's homes perhaps ironically became emblems of the American Dream on the surging mid-century West Coast.

The famous Schulman photographs of Neutra's homes embodied American optimism, blending sales with art and showing a vision of a glamorous lifestyle that entered the public mind in a way that few modernists can claim to have achieved. The Objectivist philosopher Ayn Rand once lived in his now demolished von Sternberg house, something that Neutra himself might not have been too keen on. Given his enduring popularity, it is surprising that a large amount of Neutra's work has recently been demolished, but recent efforts by his son mean that his designs are now once again being built—it seems his vision of life is one that still holds currency.

Find out more about Richard Neutra's most well-known projects via the thumbnails below, and more coverage of Neutra via the links below those:

The Neutra Embassy Building in Karachi, Pakistan: A Petition to Save Modernism 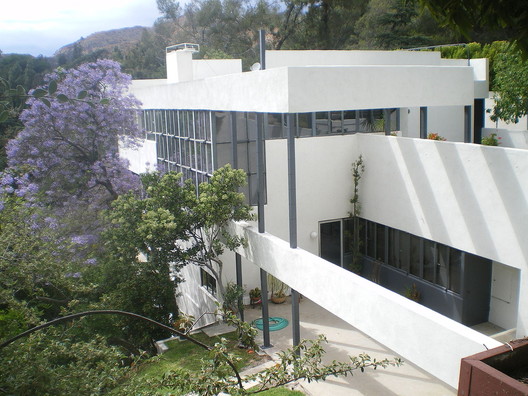