With "Protoceramics," the Material Processes and Systems Group at the Harvard Graduate School of Design (MaP+S) sought to investigate the architectural possibilities of a material that might often be overlooked: thin, large-format ceramic tiles designed to act as interior finishes or exterior cladding. Instead of accepting the tiles' designation as a surface finish, the team investigated three ways to use them as a self-supporting structural component as part of their ongoing experiment to produce "novel material formations with a special interest in tectonic performance." The three techniques employed focused on the acts of cutting, folding and bending. 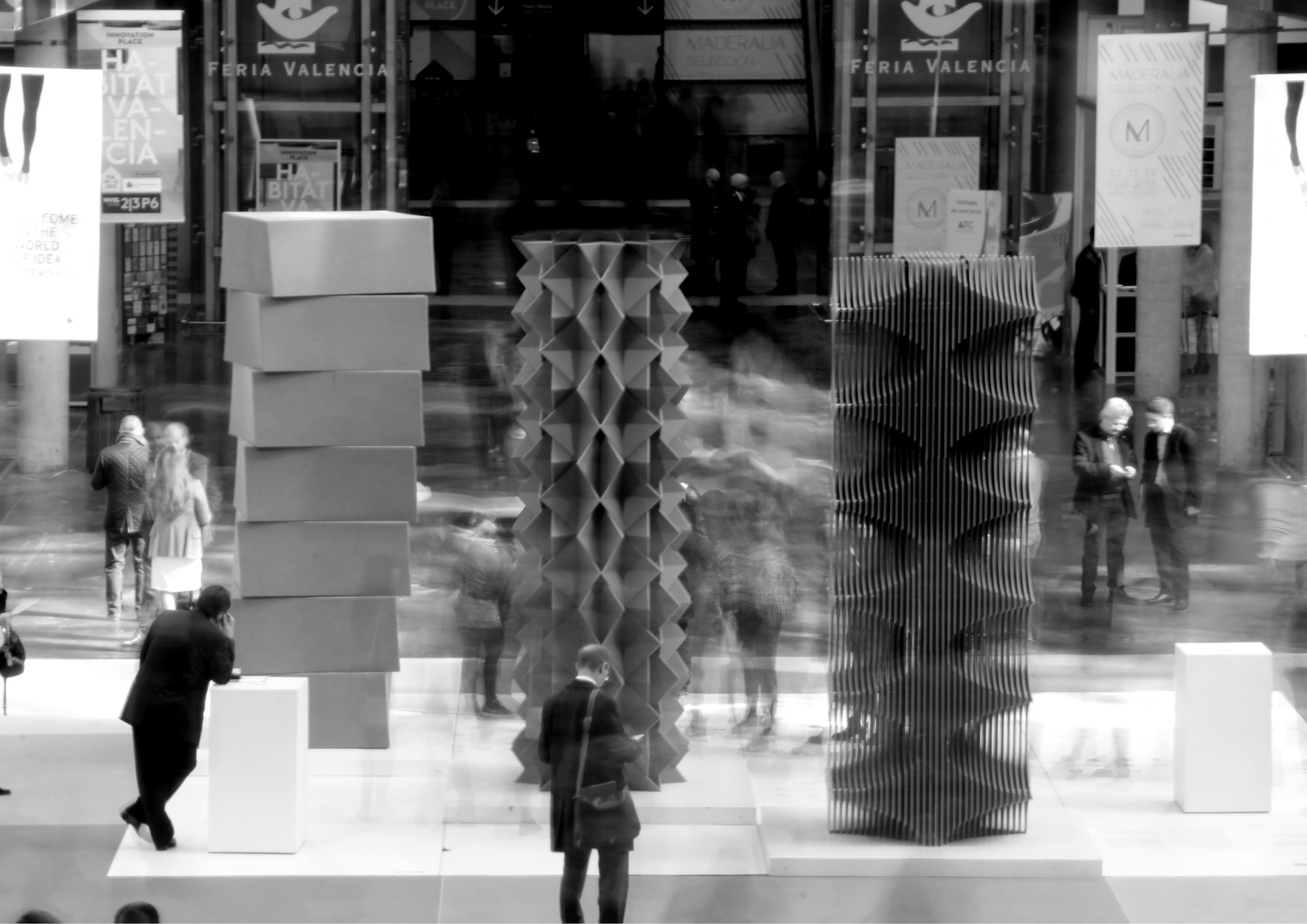 In the cutting experiment, the outlines of the tiles were altered using digital fabrication techniques. Though this process in itself does not produce a self-supporting structure, the act of layering these tiles - connecting them with simple steel hardware - creates a three-dimensional object, whose shape is dictated by the amalgamation of all the cuts made in the tiles. In this way our understanding of the tiles as two-dimensional objects is transformed to focus on their three-dimensionality, as our focus shifts from their surfaces to their edges.

For the folding experiment, the MaP+S team exploited a different element of the tiles' composition, using the wire mesh bonded to the reverse side of the tiles as the key to the process. By carefully cutting the tiles to leave the mesh intact, the tiles can be folded into a range of self-supporting origami-like configurations, "reversing the functional focus from the smooth front to a back that was not meant to be visible." The resulting forms explored both modular and single-sheet constructions, while the rigidity provided for structural stability was provided in some cases by the natural stiffness of the folds and in other cases by rigid internal framing.

The final technique, bending, required a less intuitive approach to the ceramic tiles, with their brittle nature providing a challenge. Through small-scale testing, the team established safe cold-bending radii that would allow them to turn the flat tiles into truly three-dimensional objects. The bending of the sheets also results in internal stressing of the material, which provides stiffness to the resulting objects which can then be combined into formations which "defy conventional expectations in ceramic design."

The project was exhibited at the Cevisama 2015 ceramic trade fair in Valencia in February, where three large-scale prototypes were supported by smaller 3-D printed models and a catalog which showed alternate possibilities and the research processes involved in the project.