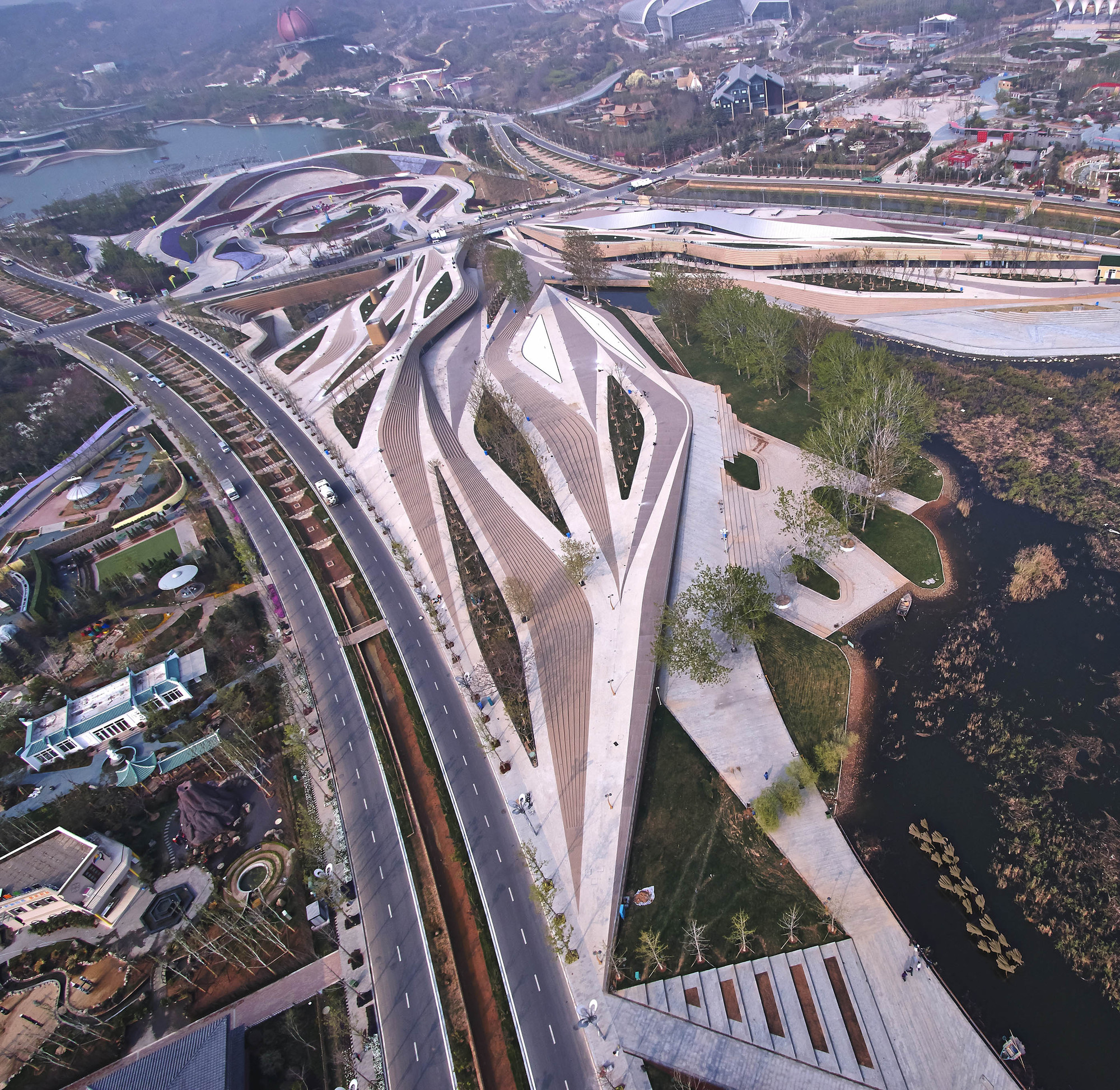 Text description provided by the architects. Working on similar design principles as the Heavenly Water Service Center, the Earthly Pond Service Center made according design responses to the aforementioned three elements of architecture, environment and human:

Reasonable use of differences in natural gradient – The sunken courtyard of the Earthly Pond Service Center is adjoined to the lake wetland.  The architecture and landscape heights are set following the natural grade levels, providing multiple accessibilities and viewing experiences at different elevations.  The main architecture spaces are lower than the surrounding street levels, facing the central sunken courtyard, thereby accommodating the visitors while affording view of preeminent water landscape.

Preservation of the extant landform, landscape and vegetation to the greatest extent - All of the hundreds of trees in the Earthly Pond Service Center area were preserved in their entirety; a rooftop platform and green space were also created, which promoted building efficiency and helped integrated the architecture into the landscape.

Multi-trail system – The Earthly Pond Service Center applied a 3-dimensional diamond shaped grid system in the design.   The grid carried out self-adaptive adjustment according to the variations in landform and functional needs, and achieved the eventual design of the overall architecture and landscape under the pretext of constant adjustment parameters.  During the adjustment process, the adaptation of the landform and longitudinal adjustment of elevations are very important, such that created a series of sequential spatial systems at various heights consisting of the rooftop platform, observatory deck, plaza spaces, etc., which are formed following the extant landform morphology; the step system formed following the diamond shaped grid system became the transformational element interring these series of spaces.  The architecture is then seen as a variant of a parametric control of a certain level, integrated into the geometric system, delivering a cohesive spatial system of architecture and its environment. 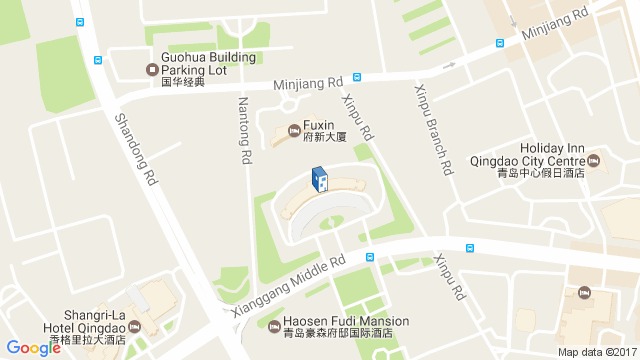 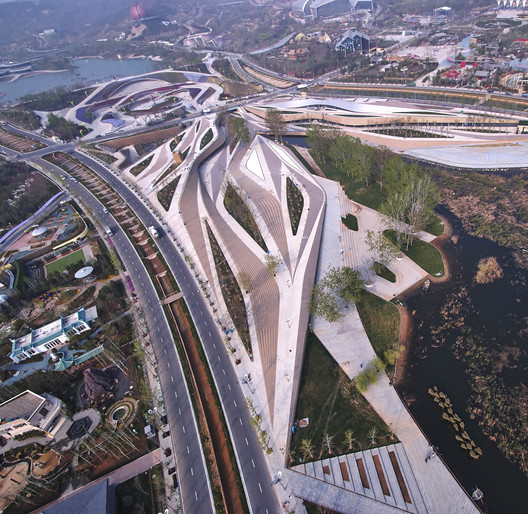