Save
The Apartment of the Future - R&D Laboratory / NArchitekTURA 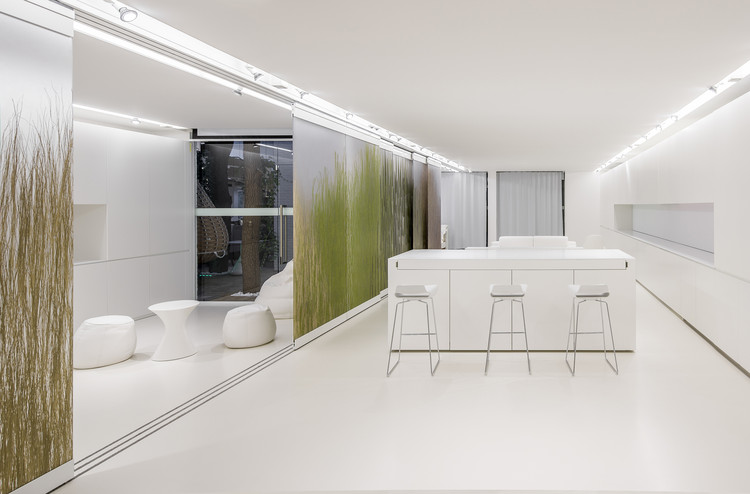 Text description provided by the architects. Predicting the future is a risky job. In the rapidly changing world predictions rarely come true. Accepting an invitation to a closed competition for the concept of the Apartment of the Future (located in the centre of the Dobrodzień Interior Design Park Dobroteka) we envisaged a place that would be timeless, universal, but simultaneously distinctive, even unique. During more than two years of work on the project we were striving to create an open space, responding to changes in technology, furniture and diverse needs and behaviors of users.

In the latest electronic devices such as cell phones, tablets and laptops, ever more advanced multifunctional mechanisms and programs are enclosed in ever simpler casings. We adopted a similar scheme while creating the concept of the apartment. Traditional functional divisions have been replaced with an open plan allowing for an unrestricted number of arrangements. Monochromatic white interior is delimited by longitudinal rows of cabinets housing most functions. Different ways of opening and closing of fronts show the entire spectrum of furniture assembly possibilities.

Individual parts relate to smoothly interconnected functional areas (kitchen, living room, bedroom, library, multimedia room, office, etc.), however, the proposed scheme allows for free modifications. Worktops, desktops and beds can be rolled out from cabinets redefining the form and function of the interior. Additionally, hiding all auxiliary and technological functions in cabinets enables exchanging electronic devices and inner equipment without major impact on the image of the interior.

In the inaugural version of the arrangement we have pushed the minimalist aesthetic to extreme choosing only white furniture and accessories. It is a kind of interpretation of modernist ideas, strategies of the exposition of art (scheme of white cube) and analyzes related to the theory of color and light. In subsequent versions of the arrangement of the interior there will be colorful furniture, and maybe even antiques.

The project is also an attempt to introduce elements and images of nature into the enclosed space of the Apartment of the Future. The unique character of this place is achieved through an individually designed "green wall", creating an illusion of connection with natural landscape. Panoramic "picture" with a width of more than 15 meters shows the richness of plant forms and constitutes a sort of a modern interpretation of the historical tradition of the ornament.

In the three niches in furniture we introduced multimedia art installations, also relating to  nature, prepared specifically for the Apartment by selected artists. In the multimedia room there is an expandable shelf with a projector sliding down from the ceiling and a movable projection screen right by the window acting also as a sun blind. Additionally, on a tabletop hidden in the furniture two simultaneous projections are on display.

A similar scheme was used in the bedroom, but there the artistic installation screen is hidden behind the mirror. In the main niche space of the apartment we installed an over-six-meters long textile panel with discrete illumination installation consisting of hundreds of LEDs. The whole is complemented with advanced lighting and sound systems, controlled by means of an application for mobile devices.

Flexibility of the space is also reflected in the multifunctional nature of the Apartment, which can be regarded as a kind of a hybrid between a flat, a showroom, a hotel room, an art gallery, but also a laboratory. Renowned companies have been invited to the project to test in its interior the latest solutions and products. In the space of the Apartment we are also planning (in cooperation with academic institutions) numerous research activities related to the development of residential spaces, design and aesthetics and creating trends, behaviorism, sociology, ergonomics and ecology.

The elements of nature define the character of the interior enriching a modern, functional arrangement with multi-dimensional (real and virtual) representations of rich and fascinating world of nature. In the Apartment of the Future in Dobrodzień nature and architecture create a unique framework for everyday life. 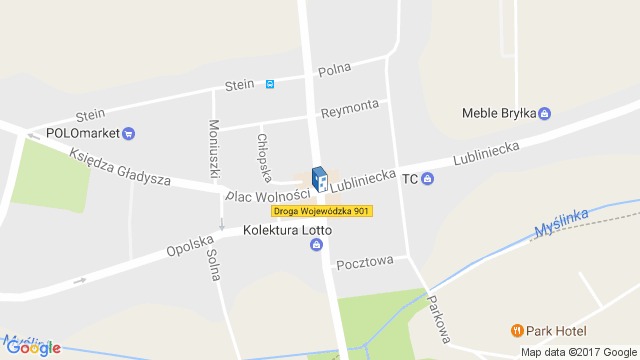 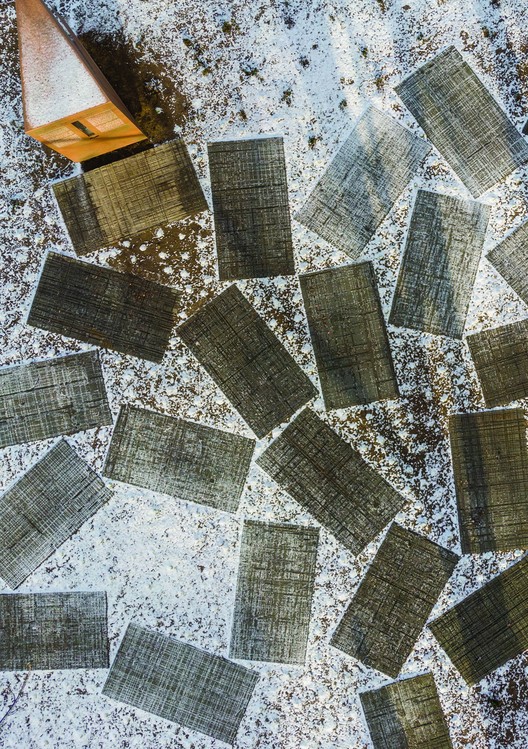 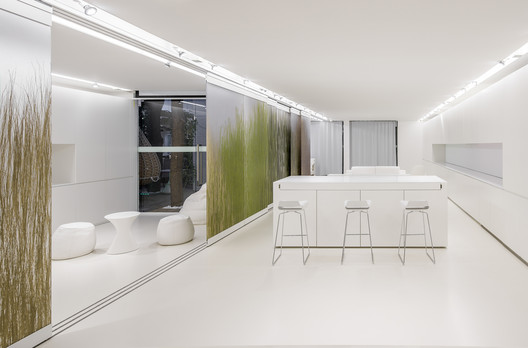