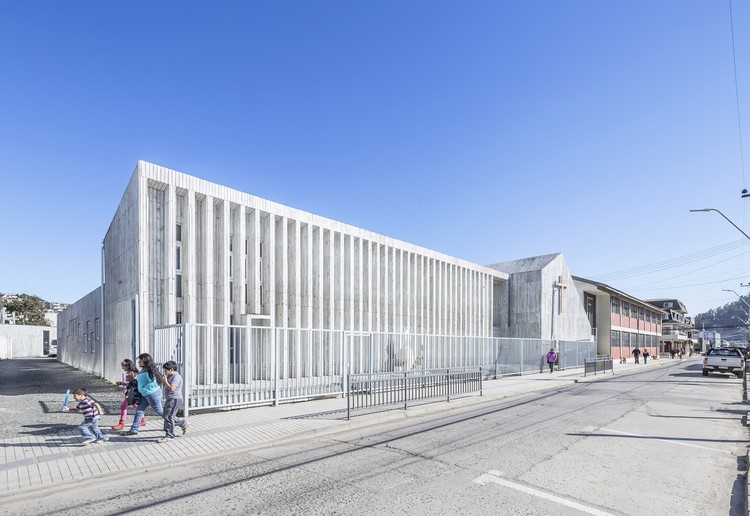 Text description provided by the architects. The 27th of February year 2010 Chile was stroke by an earthquake 8.8 on the Richter scale and Tsunami . These events strongly impacted the south central part of the country where the city of Constitucion and Santa Rosa School is located. The coastal city of Constitucion was one of the most devastated cities in the country with 80% destruction concentrated mainly in the historic city center. The Santa Rosa School loose about the 50% of its facilities allocated inside an old adobe building.

LAND collaborated together with private sector companies and local NGOs from initial stages focusing to solve immediate needs and following on providing emergency solutions that allow extending the deadlines required to produce permanent solutions. This permanent solutions where conceived in a way that would not only consider to rebuild the school back but to rebuild back better an urban piece for the destroyed city.

About a year later from the event, a public-private partnership providing funds for the reconstruction of Santa Rosa School materializes. Our team faces the re-building task by solving for different need and roles that the architectural project could achieve simultaneously: Re-habilitate and Urban piece of the Historic city center, Re-habilitate Local Identity, Improve Conditions for Learning Environment, and consider building challenges under the context of emergency post disaster event. These project assets are explained in more detail below.

We ask ourselves how we can contribute from the site scale to the reconstruction of the city by re-building a piece of the urban fabric? In Adittion, How we can build an environment that would improve teaching/learning performance?

To achieve this goal, we propose three key strategies:

The first strategy is to create a public plaza for the city by setting back the building façade line about 4 meters into the site interior area (maintaining a continuous façade which also rescues the pre-existing and typical formal element of the old adobe building at historic center) freeing 140 m2 of public space for the city center of Constitution. In addition the plaza provides the main access to the school.

A second strategy is to contain the plaza space on the north-west extreme with a sculptural element that at the same time hosts the school chapel inside. This sculptural element was inspired by typical local rock formations seen along the coast of this city.

In addition, the chapel being a sculptural element plus the public space provided by the plaza is intended to be a Memorial for the victims of the catastrophe for all citizens that would visit this space.

We use local pine wood as the main material for the project and furnishings, promoting and encouraging the use of wood in the reconstruction of the city as part of rebuilding an identity with materials that are locally accessible and using easily replicable building techniques.

The third strategy was to use passive sustainable architecture techniques to enhance comfort inside classrooms, increasing energy efficiency in walls insulation without thermal bridges and thermopaneles windows. Special emphasis is given to the quality of light through skylights with light diffusers in the ceiling of the rooms.

On the outside all volumes are lined with pine unbrushed and installed as ventilated facades and painted with white primers to age in a gradual way toward taking gray naturally aged pine color and ensure durability.

The selection of this structural material and technique is also due to: (1) Need to shorten rebuild times using prefabricated low-cost systems, (2) reduce labor considering scarcity in post-earthquake reconstruction period, (3) use a system that would be lightweight considering that the local ground is critically bad. 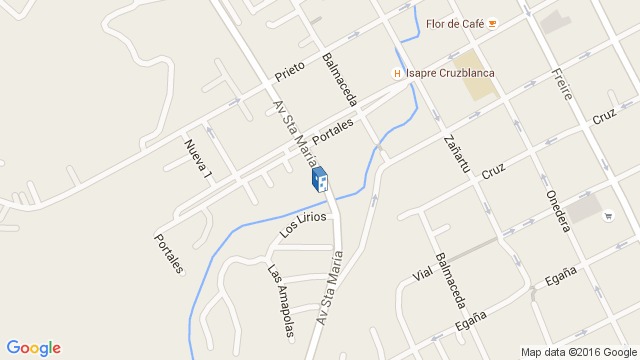