If the architectural volte face of the late 1960s heralded the genesis of postmodernism, deconstruction, and a golden age of theory, it came at an equally destructive cost. Escaping the totalizing regime of modernism demanded from architects more than the promise of new ideas; it required the falsification of modernist axioms and the wholesale annihilation of its spiritual eidos. In this critical moment of death and rebirth, some pieces of the modern project survived only by hiding under the cloak of the technological progress, while others—like modern city planning—persisted only because there was no way to turn back the clock. 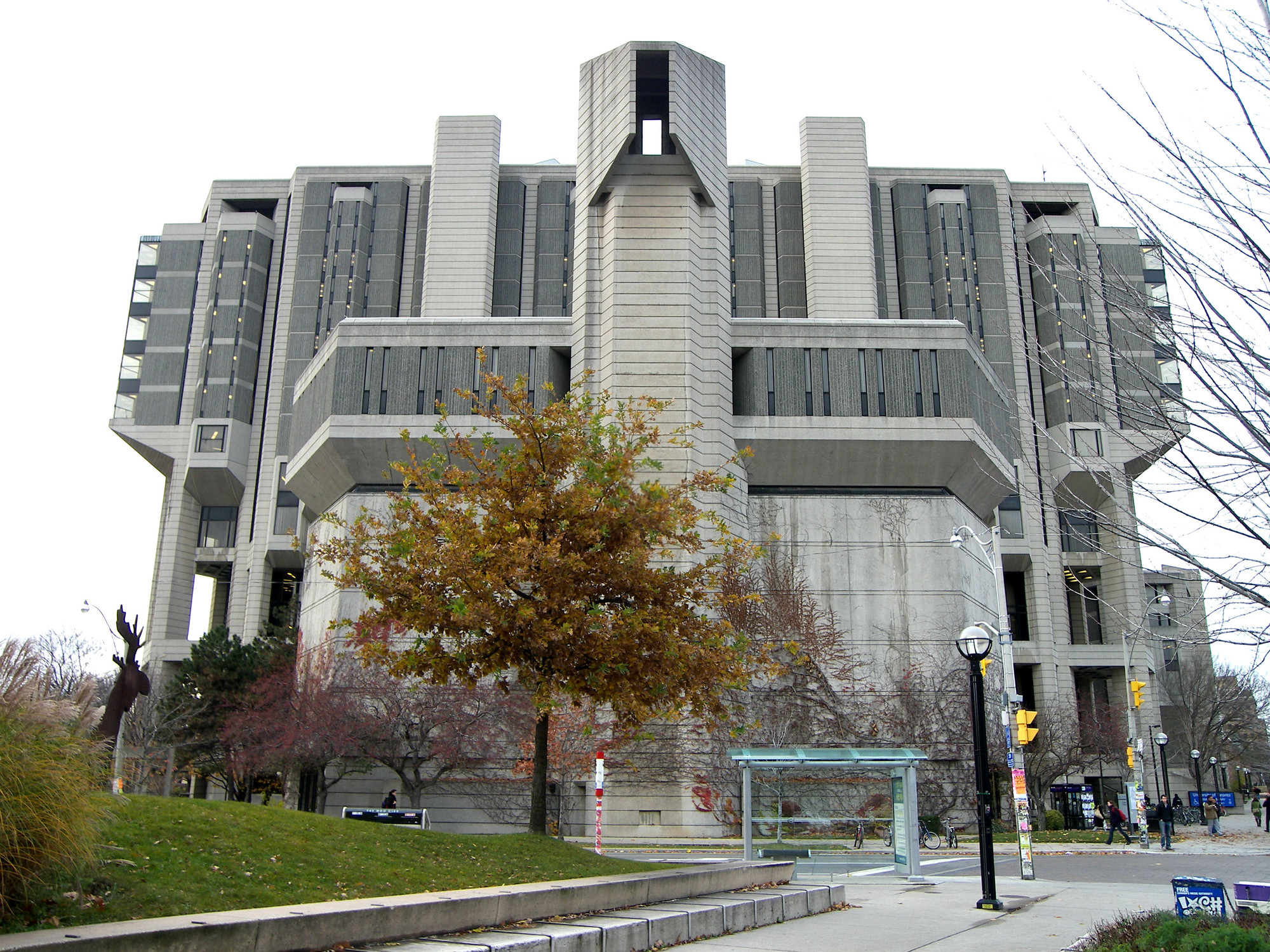 Among the casualties of this crisis, few ideas suffered a more tragic death than the nascent school of brutalism. A late addition to the modernist repertoire, it was vivisected in its prime by critics and the public alike for its perceived coldness and inhumanity. In a particularly cruel twist, its downfall was triggered not by its oversights but by the unpopularity of its strengths. The greatest masterpieces of North American brutalism—Kallmann, McKinnel & Knowles’ Boston City Hall, Murphy’s J. Edgar Hoover Building, Rudolph’s Art & Architecture Building, Pereira’s Library at UCSD—became its greatest liabilities. In the derogating full-frontal assault on brutalist teleology, it seemed as if the higher the profile a building attained, and the further it pushed against the boundaries of the familiar, the harder it fell when the chair of social disapproval was pulled out from underneath.

At the University of Toronto, the firm of Warner, Burns, Toan & Lunde (with local architects Mathers & Haldenby) found itself showing up late to a battle against public opinion that had already been lost. Its design for the Robarts Library was by all measures a crowning achievement of the brutalist movement. At sixteen stories and nearly a hundred thousand square meters of floor space, it was a monumental climax and a weighty bookend on the upward arc of concrete architecture. But between its groundbreaking in 1968 and its completion in 1973, the public mood toward brutalism soured, and its ribbon-cutting found critics waiting to pounce. As one architect wrote upon the library’s opening in 1974, the new building was nothing less than “a blunder on the grandest scale,” [1] while another complained that "it represented everything that was wrong with contemporary architecture." [2] Outside of architectural circles, public resentment was equally strong, and has persisted nearly unabated into the present day.

That the Robarts Library has established itself as one of the finest works of late brutalism despite its perpetual vilification is a product of its unique modifications to the movement's concrete uniformities. Breaking free of the prescriptive Cartesian grid that had become ubiquitous throughout the previous half century of architecture, the design was guided instead by an isometric grid derived from the sixty-degree angle. Right angles are all but abandoned in the plan, which takes the shape of an equilateral triangle with smaller, triangular masses protruding from its sides. The three main profiles of the library, each one hundred meters long, assert a jarring interjection into the rectangular street plan of the university campus that led one critic to liken its presence to “a giant chess piece” placed upon a barren field. [3]

The monumental profile of the building is dominated by the forcefully articulated upward thrust of its massive structural members, from between which emerge sequences of bay windows, angled upward and outward to rupture the planarity of the wall. Attentive detailing, material texturing, gaps between solid and void, and the continuous folding of the concrete membrane produces an ornate character that is unique within the brutalist tradition. And while the exterior materiality is one clear giveaway of its heritage, the complex language that results from the overlapping and interlocking of its elemental components is perhaps the most quintessentially brutalist trait that the library inherits from its progenitors.

Largely devoid of windows, particularly on the library's lower floors, the simple massing of the building produces a dark, unexposed core largely devoid of daylight. Within this cavernous space, which is surrounded by delightful human-sized nooks and niches for reading, rare books and manuscripts find an ideal home, safe from the fluctuations of temperature and light caused by environmental exposure. But the singularly drab material palette of exposed concrete and dark African mahogany does little to enliven the gloomy atmosphere of the interior. The bulwarked feeling of this space, coupled with the imposing exterior walls, led to the library's affectionate but unflattering monicker of "Fort Book."

Working within a brutalist tradition known for its blocky and rectangular geometries, Robarts is certainly original, but not without pedigree. It is impossible to ignore the many references to Kahn’s Yale University Art Gallery, which spectacularly embedded the purity of the triangular motif into concrete fifteen years earlier, and whose famous coffered ceiling finds itself directly quoted in the waffle-slab floors of Robarts. But whereas Kahn’s decidedly pre-brutalist Art Gallery retreated back to the orthogonal for its exterior profile and interior partitions, the library advances this idea a step farther through an extrusion of the triangular module into three dimensions and its conversion into an omnipotent grid.

Unfortunately, forty years of dissatisfied use indicates that the architectural success of the building as a cultural object does not wholly guarantee into its serviceability as a library. The dark interiors reportedly make it an unpopular reading space among students, and its popular reputation as "ugly" is insufficiently offset by its value as an architectural artifact to earn it the respect it deserves.

In 2010, the University announced its intentions to renovate the library and tack on a $35 million addition that could serve as the “new face of Robarts.” [4] And while the new proposal shows little appreciation for what should be treated as a sacrosanct artifact, the blame for crudely masking the existing structure rests as much with the architects as with the University administrators. Every bit as misguided as painting a human face onto a Rothko, the initiative aims to animate something intended for a level of supra-human abstraction. In an attempt to “create a livelier environment, something brighter and more open,” [5] the addition actually rejects the intentions of the original structure and presupposes an enlightened understanding of how architecture should be. Though this latest humiliation cannot be unexpected given Robarts' long history of underappreciation, it promises an insult more scarring and permanent than any criticism that has yet befallen Canada's finest work of brutalism. 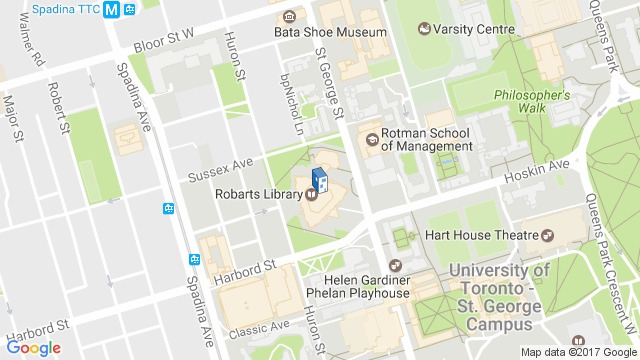 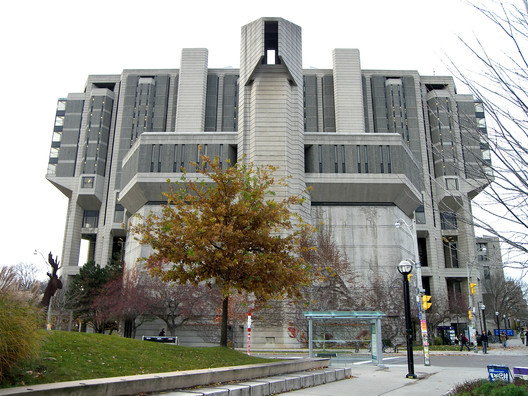