Curated by Daria Paramonova, architect and co-curator of the Russian Pavilion at the 2014 Venice Biennale, the exhibition will feature a collection of Brodsky's new and old work and run until June 5.

Learn more about the exhibition and view selected works on display after the break. 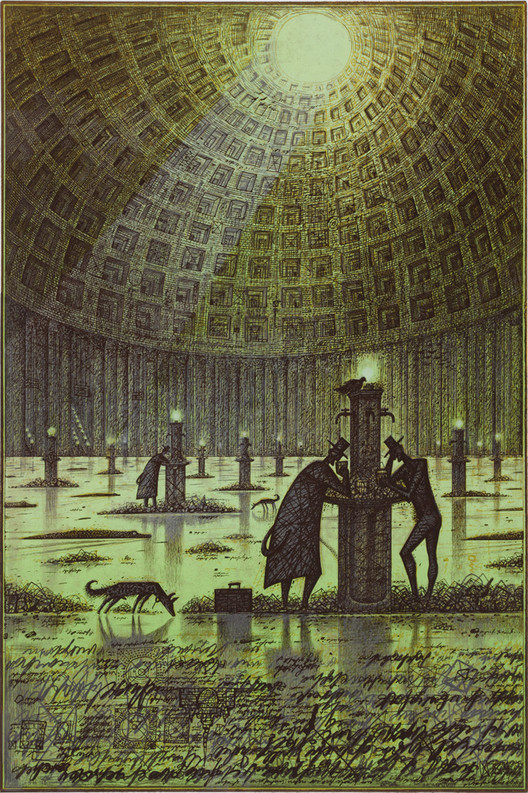 Frequently credited as a co-founder of the Soviet 'Paper Architecture' movement, Brodsky rose to prominence in the 1980s following his graduation from the Moscow Architecture Institute in 1978. Together with Ilya Utkin, his richly detailed scenes of architectural fantasies subverted what the exhibition's organizers describe as "the architectural standardization of the post-Soviet era."

Brodsky's landscapes, reconstructed horizons, and industrial vignettes are rendered in painstakingly detailed and startlingly convincing engravings, pencil drawings, and screen prints. Supplemented by a selection of models and architectural objects that verge on installation pieces, the exhibition reflects the key motifs of Brodsky's over three-decade long artistic career.

Since establishing is own practice in Moscow in 2000, Brodsky has worked as an architect, though his artistic works continue to receive acclaim. His works are held in numerous private collections around the world, and can be found in the German Architecture Museum in Frankfurt/Main, the MoMA in New York, and the Institute of Contemporary Art in Boston.