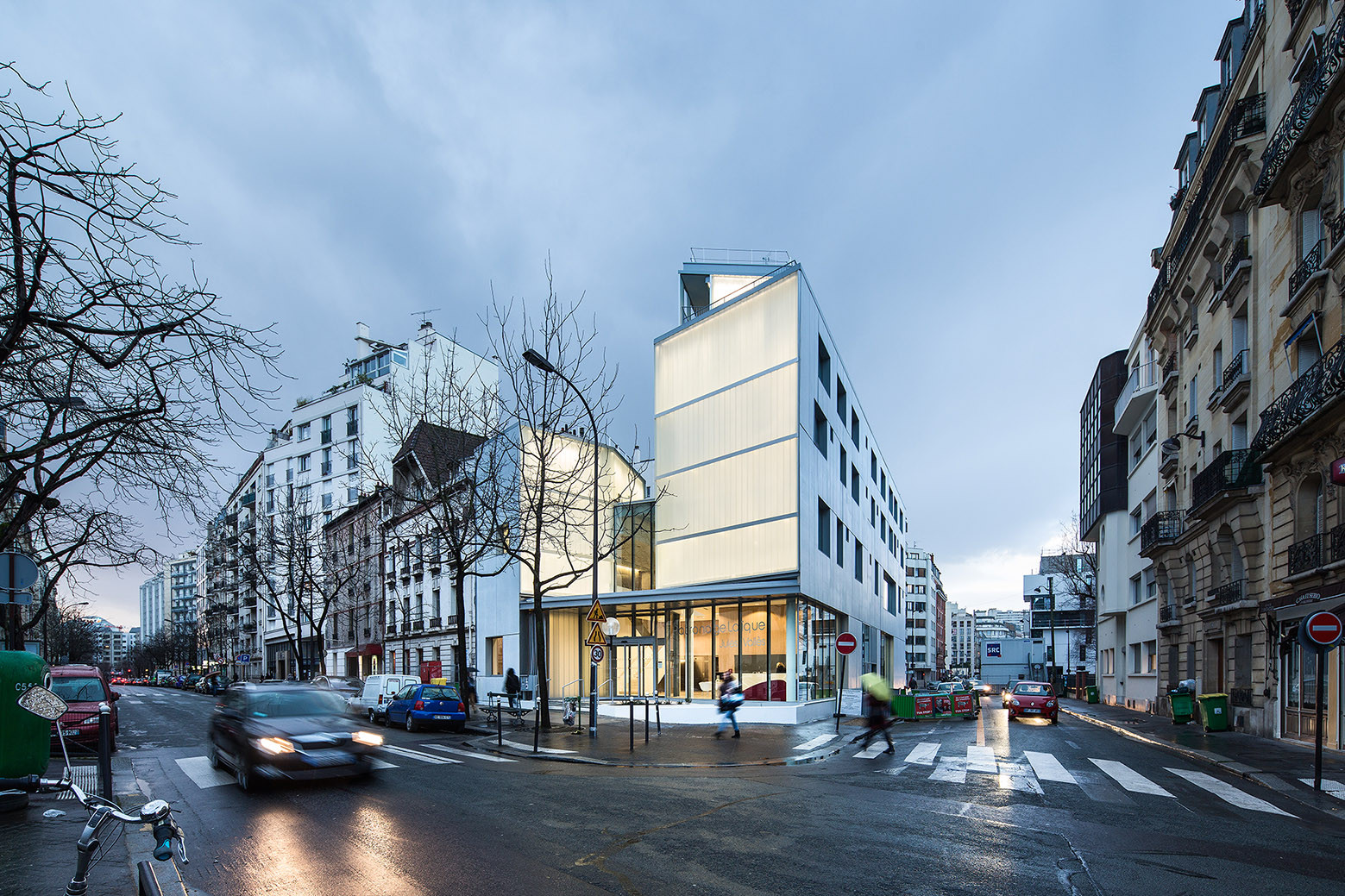 Text description provided by the architects. An Opening on Paris and a keystone for the community.

This mixed-use building with 30 housing units for young workers and offices for Patronage Laïque, a guardian association in Paris’ 15th arrondissement, is a recently delivered project by the MAB+LAPS team for the RIVP Régie immobilière de la Ville de Paris. Located on the corner of Avenue Felix Faure and rue Tisserand, the building sits in the varied environment of the Boucicaut development zone with its orthogonal buildings and Haussmannian vestiges which dot this neighbourhood with industrial accents. Occupying the typical Parisian street-corner lot, the building marks the neighbourhood with its luminescent front facade day and night.

Patronage Laïque was historically located on this plot on Avenue Felix Faure; by 2010, it became clear that the offices were unfit for purpose. The RIVP called for a design competition for a new building that was to house not just the original program but also 30 studio apartments for young workers. The competition was won by a team composed of two young architecture firms, MAB and LAPS. Their holistic approach highlighted the relationship between city and public space by establishing a strong bond and continuity with the interior of the plot, placing the accent on its public facility character by offering an identifiable landmark.

The proposition fosters user-friendliness by creating generous meeting places and favouring an opening onto the city. It responds to the project management’s desire to underscore the accessible and populist nature of this place in order to maintain proximity to its residents.

Two programs in one envelope

The building succeeds in extending several distinct levels while remaining in the same envelope, integrating two identities in a principle of uniqueness; the public program of Patronage Laïque and the private housing units.

The public facility and the housing enjoy two distinct entrances. The Patronage opens wide onto Avenue Felix Faure and rises one storey from the ground floor. Its glassed-in atrium extends the public space within the building while enabling neighbours and the passers-by to glimpse at activities happening in the building.

The residence has a more discrete side entrance on rue Tisserand and extends from the second storey to the fifth.

The ground-level entrance on Avenue Felix Faure anchors the facility to the ground and the neighbourhood, endowing it the same informal, homely presence of a corner cafe. Up above, two recessed facades rise on either side of a high gap that looks down on the glass ceiling over the entrance lobby.

This signpost for the project is treated in translucent white glass with opalescent reflections. The 4-storey facade along rue Tisserand is treated in glazed concrete, the metallic reflections of which wed with the interior glazing. Its cadence is established by rectangular windows of varying dimensions and a recessed volume creating irregular modules.

Light is one of the project’s key components. The lobby’s surfaces take a majestic turn with light penetrating from overhead and from the sides. A choice that is even more pronounced at night when the back-lit facades of the building’s prow make the facility look like a magic lantern. A hallmark for the neighborhood and a benchmark on the avenue. 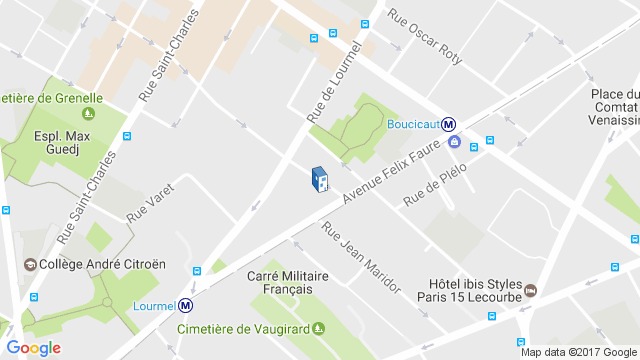