This sculptural memorial by SO/AP Architectes, located at the center of what was the Warsaw Ghetto, commemorates the history and memories of the Polish nation by uniting its oppressive and heroic pasts in one form. Simultaneously representing the Jewish and non-Jewish population, the serpentine structure symbolizes the entirety of the Polish people to strengthen their identity as one collective community. 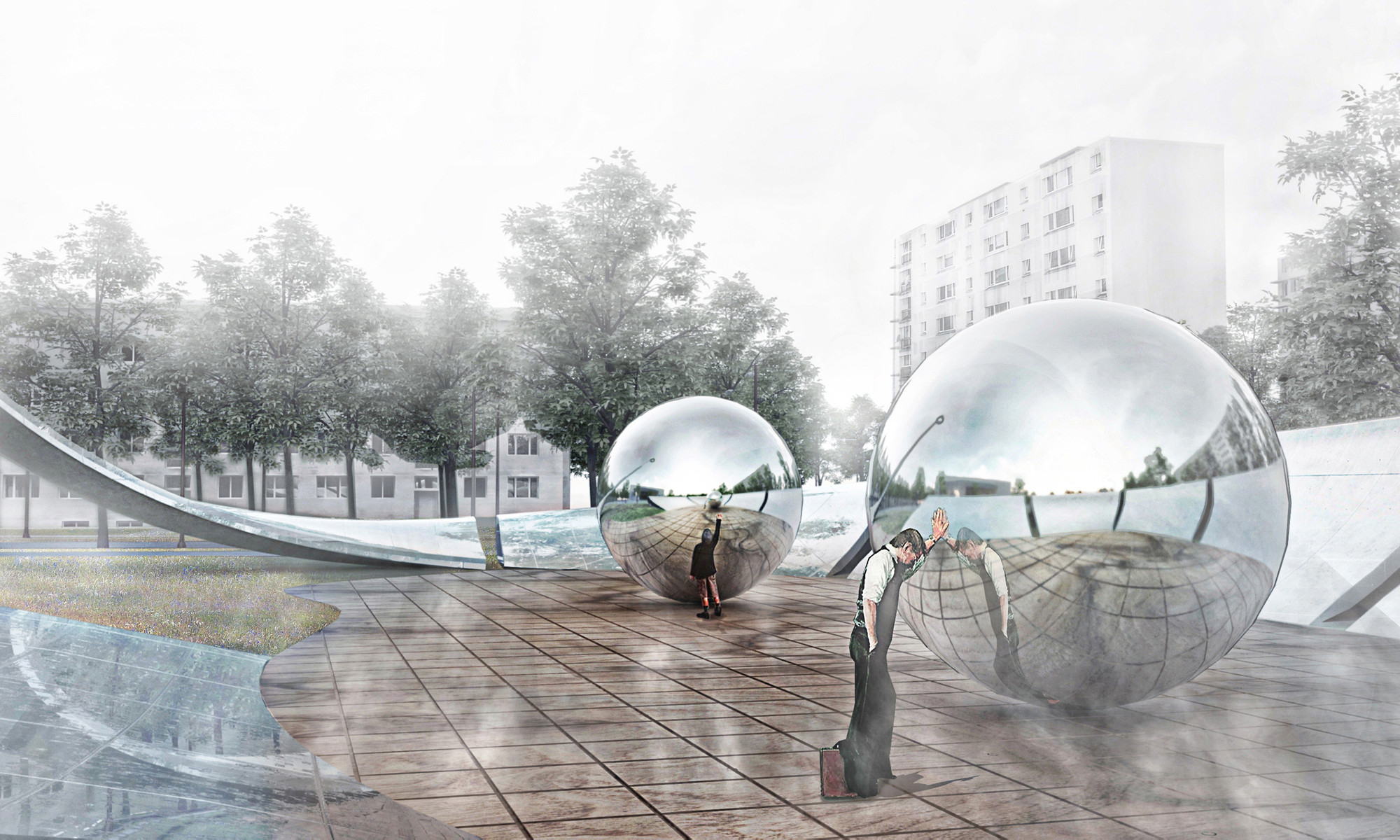 The Polish memorial uses form to explore the idea of shifting perspectives. Just as one’s memory of an event can be different from those of another based on their experiences, so too is the viewer’s perception of the space unique to his or her vantage point, encouraging exploration. The sculpture’s shape, a broken circle, symbolizes both protection and confinement to celebrate the heroism of the Polish people as a whole and break down the identity barrier.

An elevated portion of the circle serves as the entrance to the memorial, while symbolizing the Polish people’s overwhelming rise to “Just Among the Nation,” a recognition of the progressive spirit that saving a life can instill. At the uppermost point of the structure, a spotlight containing 6450 LEDs literally lights those in the memorial and figuratively highlights the efforts of the 6450 Poles who received a “Righteous Among the Nations” title from the Jewish people, recognizing the sacrifices made to save a life.

Made of polished concrete, the outer circular structure represents the struggle faced by the Jewish people of whether to hide or present themselves. This experience is mirrored as visitors explore the open space defined by the circle as well as the tighter spaces within the form itself. In the circle’s enclosure, two stainless steel spheres symbolize the dichotomy of humanity’s good and bad sides, representing a balance between these elements. Simultaneously, they represent the two spheres of the Polish people, the Jewish and non-Jewish, all united by their collective identity (the outer circle).

While the Polish Memorial seeks to remember the past, it also looks to the future. The urban intervention presents a usable public space, intended for adaptation as a venue for multiple activities. In this way, it also serves as a connection between local residents and visitors, bringing them together in one space.