Servicing up to 10,000 cruise ship passengers a day, the New Keelung Harbor Service Building by Neil M. Denari Architects (NMDA) is set to become a bustling hive of activity in Taiwan's Port of Keelung. The project takes a two-phase approach that unites a public plaza and service base with a restaurant and the terminal proper, using an office building to mediate between the two.

Occupying 117,000-square-meters and with a construction budget of TWD $5 billion, the project is slated for completion by December 2017.

Read more about the project and view selected images after the break. 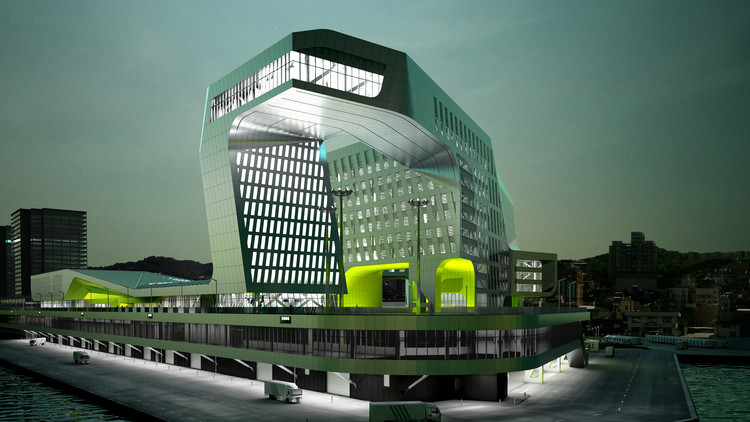 NMDA's Keelung Harbor Service Building was recently named one of six winners of ARCHITECT Magazine's Progressive Architects awards for 2015, which recognize projects "that fully embrace the context of their surroundings," and "exhibit both creativity and energy." Indeed, symbiosis with the Keelung site is at the forefront of the project, which "aims to fit in and at the same time be an assertive work."

A cantilevered scenic restaurant bridges the gap between the otherwise discrete components of the terminal and office building, unifying the project as a sculptural mass. Acknowledging Keelung's status as a major port city, the Service Building is projected as a "Gateway to the Nation," accommodating ship passengers and the city's 350,000 locals. The boardwalks and plazas will be open to the public 24 hours a day.

At ground level, a boardwalk and public plaza weave through the site's footprint, encouraging pedestrian traffic and providing a logic for interior circulation. A triangular plan is bordered by roads for taxis and other automobile transit, and intercut with green areas. The project also features ample parking facilities, with spaces for 1500 cars and scooters.

Other features include a green roof, warehouse space, and on-site chiller plant and sewage treatment facility. 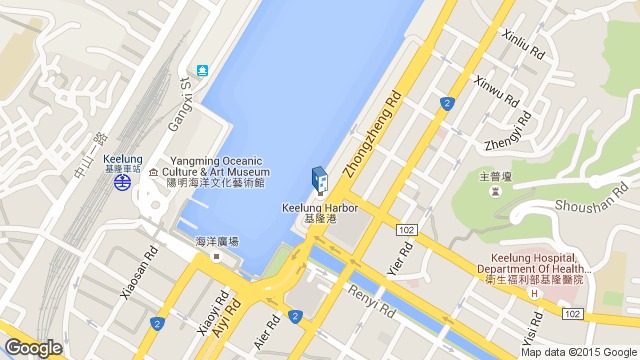