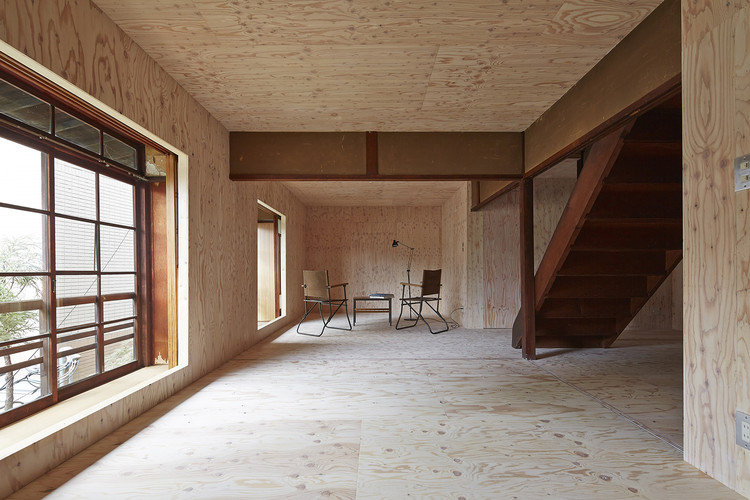 Text description provided by the architects. Ephemeral House is a renovation project of a 100-year-old wooden building located in the center of Kyoto, Japan. The client, who is in his twenties and lives alone, asked for a temporary dwelling. Our intent in this project is not only to generate an appropriate atmosphere for a living but also to avoid hierarchical dichotomy between past and present, through that creating a space that has a rich sense of transience and festivity.

The same plywood material is applied on every existing surface of the living space except for part of the existing columns and hanging partition walls. Space, whose floor, walls, and ceiling are united by the same material, provides the user an intimate atmosphere and an impressive sense of permanence like a cave, while it evokes a sense that the existing columns and hanging partition walls are added later. Here, the chronological order of the building elements, new and existing, is conceptually reversed.

However, in detail, the surface of the wood constituting the floor, walls, and ceiling is coarse and the studs are exposed in the backside of the wall, which gives the impression that space is under construction or in the process of dismantling. Space, which at first is perceived as secure and permanent, actually seems to be fragile and has intricate time axes. What emerges here is a singular here-and-now space for living. 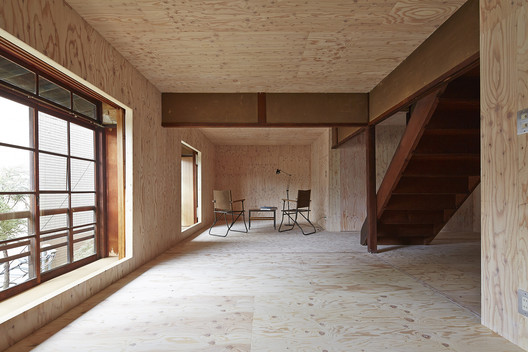