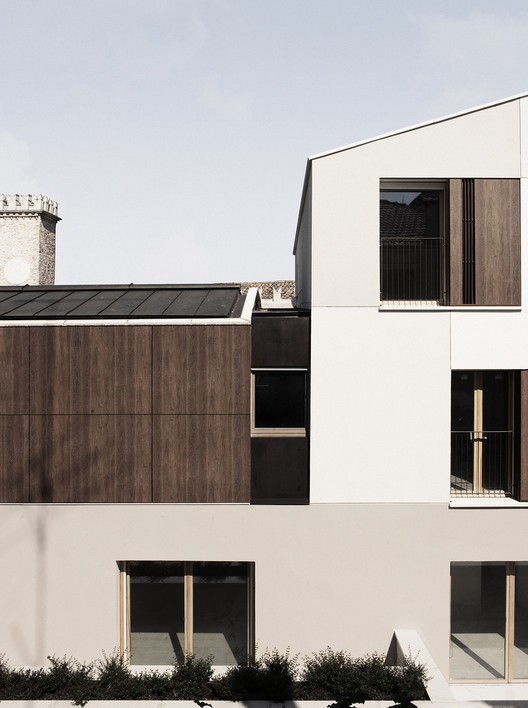 Text description provided by the architects. The project is located in the historical centre of Mantua, in a part of the city that has been formed and consolidated during 16th century, also called the addition of Giulio Romano. The design process begins with some reflections on the relationship between the existing buildings, on the demolition of incongruous parts of them and on the relationships with volumes in expansion.

Therefore, the design strives to be more like a discovery that comes from a process of investigation   rather than the result of pure invention. In this sense the character of the context has determined the compositional choices and defined the relationship and the connection with the existing buildings. The project is aimed to harmonize the defining elements of the context, such as the wall toward the street, the crenellated wall and the clock tower. So i concieved this building as an addition of value rather than a subtraction. The last and definitive transformation.

The main elements of the context became paradigms for the project. The latter is able to build a meaningful integration between the existing buildings and the exercise of contemporary "architecture making". Moreover, for us, the project is always an analytical, critical act of transformation. For these reasons i kept the one-storey volume along the street, thus preserving the relationship with the public space.

The new building is as high as the one nearby, extending itself to meet the highest point of the pitch roof. In this way, the new building is designed, in terms of morphological and dimensional characteristics, as a natural extension of the surrounding buildings.

The materials define the different parts of the building. The volume along the street is plastered and has a stone cornice at the top, window frames and shutters in dark natural wood. The internal volumes, around the court, have some different finishes, such as the facade covered with wooden planks. The outdoor parts are either paved with stone or planted with greenery. 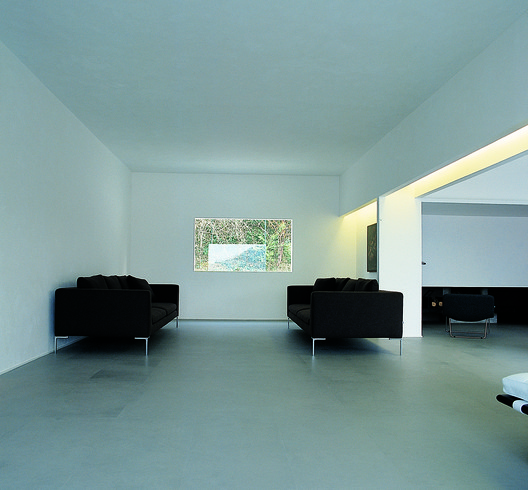