Text description provided by the architects. On a site covering nearly seven hectares in the Cité Descartes cluster in Marne-la-Vallée lies the Pôle Scientifique et Technique Paris-Est (PST) which has been baptised the Espace Bienvenüe in memory of Fulgance Bienvenüe, inspector general of the Ponts et Chaussées engineering school and father of the Parisian metro system

The space completes the Cité Descartes that has been incorporated into this new town and meets the needs of the programme imposed by the Ministry of Ecology, Sustainable development and Energy. Its aim is to group together the Ministry’s training and research facilities on the Marne-la-Vallée site and create a centre of excellence focussed on the sustainable city. The Paris-Est scientific and technical pole, which brings together the various disciplines of higher education, training, research and engineering, is a major innovative project intended to encourage the emergence of a new way to design, build, develop and manage cities

The architectural concept is based on the ambition of creating an exceptional urban event: the Cité Descartes campus. It showcases a vast public area in the centre of a block unique to the new town, which reinforces urban structures and interlinks existing facilities.

In an extension of the green setting of the university campus, the creation of a long, undulating concrete structure covered with a landscaped garden contrasts with the flatness of the site. This 200-metre long green slab makes up the large central park, which is magnified at the level of the campus and the city. The architecture is in perfect harmony with the environment, which offers a panoramic view from the green roof terrace. The contrast between the density of the buildings that abut the block to the north and the fresh air of this vast garden enhances the urban landscape. The wooden huts by the Japanese artist Tadashi Kawamata dotted here and there reinforce this feeling.

The new Bienvenüe building is flexible, multi-functional and scalable. Its architecture fosters exchanges between the disciplines and the organisation of teamwork. This is achieved with the large multi-purpose area on the ground floor, under the arch. It brings together all the shared functions: library, auditorium, restaurant, sports rooms and a technical area made up of a monumental test hall, laboratories and meeting rooms. The layout of the main reception lobby in the axis that crosses the lobby of the Ecole Nationale des

Ponts et Chaussées reinforces the complementarity between teaching and research. The office area located in a unit along the Boulevard Newton reconciles the independence and autonomy of each speciality.

The shared functions are in glassed areas that are bathed in natural light. They give a feeling of great transparency and perspective and overlook the large park, while the office division is made airy with the patios that contribute the warm atmosphere of the place and the well-being of users. 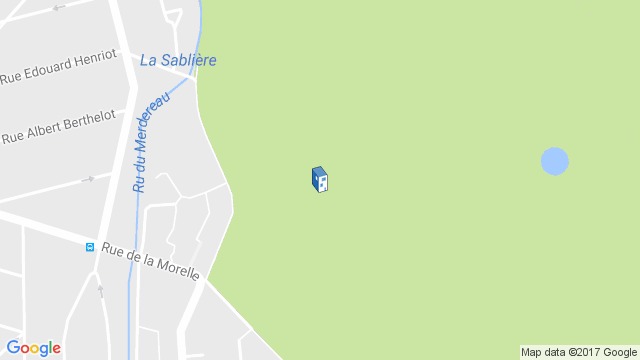