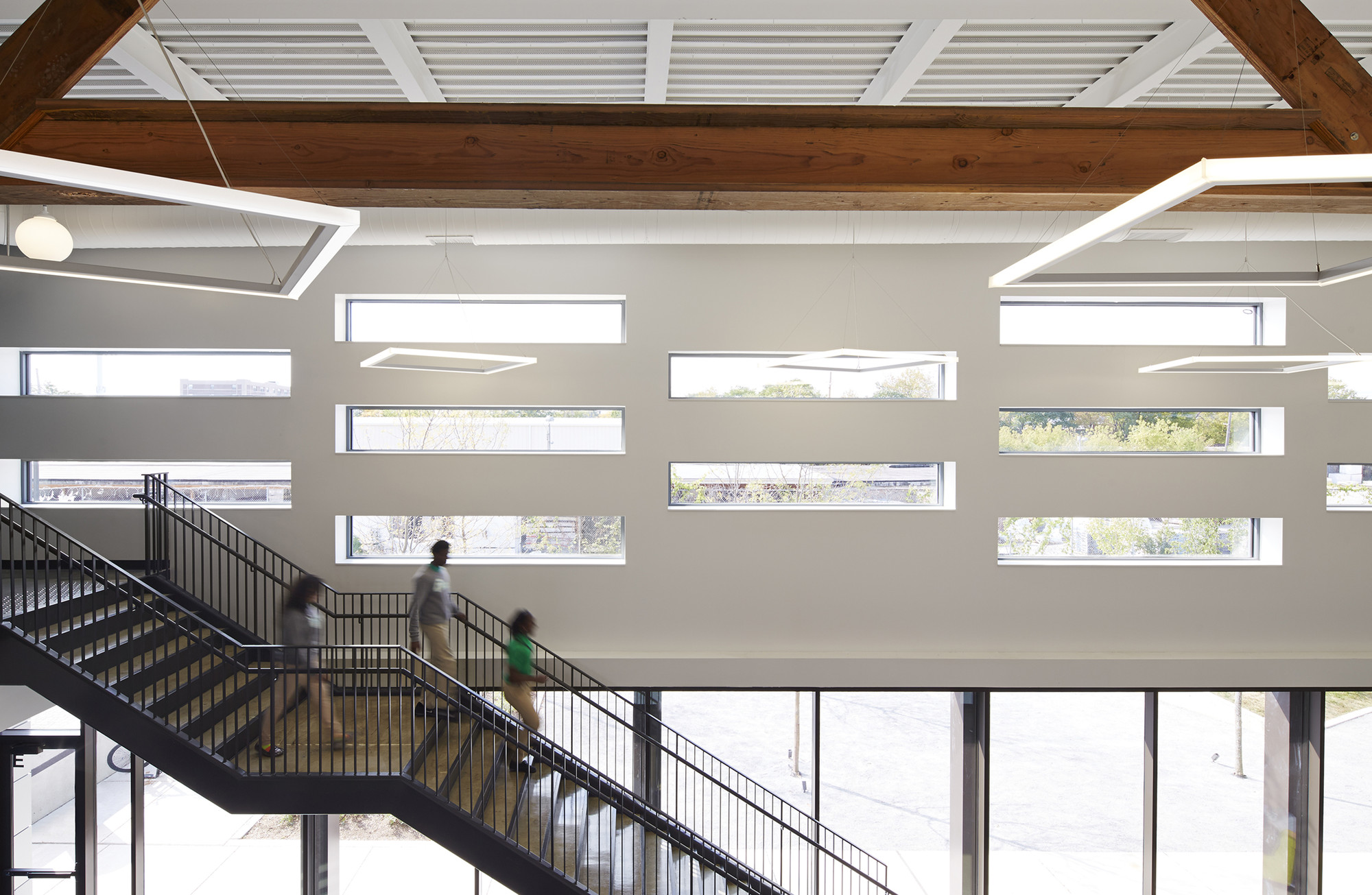 As the first school in Chicago—and perhaps the entire United States—purposefully designed for Blended Learning, Intrinsic’s multi-functional learning environments necessitated a reconfiguration of the traditional classroom. In a Blended model, teacher-led instruction is supplemented by individualized software- based learning, so large, open “pods” have been organized around modalities, allowing a single space to simultaneously offer direct instruction, peer-to-peer learning, and independent work.

Subtly delineated in the flooring, each area is tailored  to a specific use. Below an oversized, custom-built shade—a wayfinding element and acoustic dampener—a large table facilitates group projects and student-led learning. Focused around a big board—a writeable projection surface—traditional instruction takes place at two locations in the pod. Around the edges, counter- style desks of varying heights face the wall and create a “coastline,” allowing students to direct their attention to individual tasks. This environment, as well as adaptive software, serves the student’s ability to learn at his or her own pace.

The pod’s flexibility enhances the online learning. With as many as 4 teachers and 90 students, mobile seating helps facilitate “pop-up classes” aimed at reinforcing concepts or remediating misunderstandings while a “genius bar,” where individuals can meet with instructors, provides the option of one-on-one instruction.

Studies have concluded that both natural light and physical movement improve academic performance. Both are provided to students from the moment they enter Intrinsic. The double-height entry vestibule is flooded with natural light via a clerestory patchwork of glazing and a high-performance storefront. Tiered seating of the variety used in the learning pods creates a space to congregate and transforms one of the school’s most dynamic spaces—with views of the existing building’s original beams and bow truss roof, as well as to the outdoors—from a simple hallway to a functional and inviting place.

The light from the lobby is brought into the classrooms through a single-loaded corridor and glazed partitions. Although windows on the east wall were not permitted, natural light is funneled into the enclosed science labs and seminar rooms via skylights. Movement also contributes to student health and academic performance. The variety of learning and social spaces, enhances by the rotational nature of the Blended model, preventing students from being confined to their seats for long periods of time. By locating these spaces within one larger space, such movement is not disruptive to other grades and classes.

With a single-loaded corridor and extensive glazing, the school becomes a transparent and visually engaging addition to an under-served Chicago neighborhood. (Roughly 60% of students live within a mile and a half of the school, and as many as 86% come from low-income households; more than 6% are considered homeless.)

The main lobby serves as a contemporary, startup-like gathering and circulation space that is visible to those approaching the main entrance by car or on foot. This visual access connects the neighborhood to the school and creates an open and welcoming atmosphere for students, parents, and visitors. In this way, the school helps stitch together a community in flux: As industry moves out of the area, families move in due to the low cost of housing. Because of its industrial history, however, schools often are scarce.

Although many neighborhood schools are built on the premise that amenities will be available to the community members, oftentimes such sharing is not made a priority in the design. As a result, opening a portion of the building while securing classrooms and offices can be troublesome. At Intrinsic, community access is enabled by its architecture, which places classrooms and community spaces on either side of the building’s main entrance.

Valuable common areas such as the multipurpose room and practice field are located north of the entrance while all learning spaces are to the south. This division simplifies extracurricular events and eases security concerns, aided by a digital fob system that can be programmed to allow individuals various levels of access. Such social value is also created for the grade-level cohort. By grouping an entire grade (up to 180 students) within a single flexible area—the interconnected pods—encounters between students with similar interests or abilities are increased, thereby providing them additional opportunities for positive social interaction. 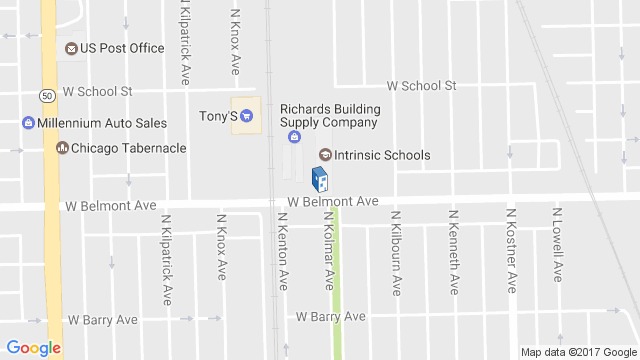 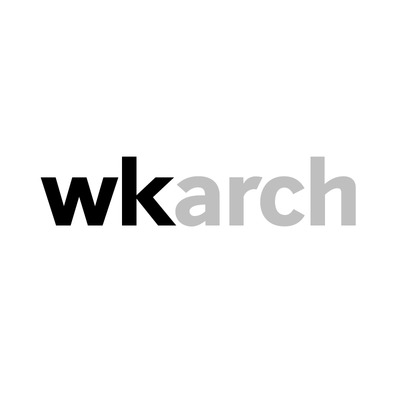