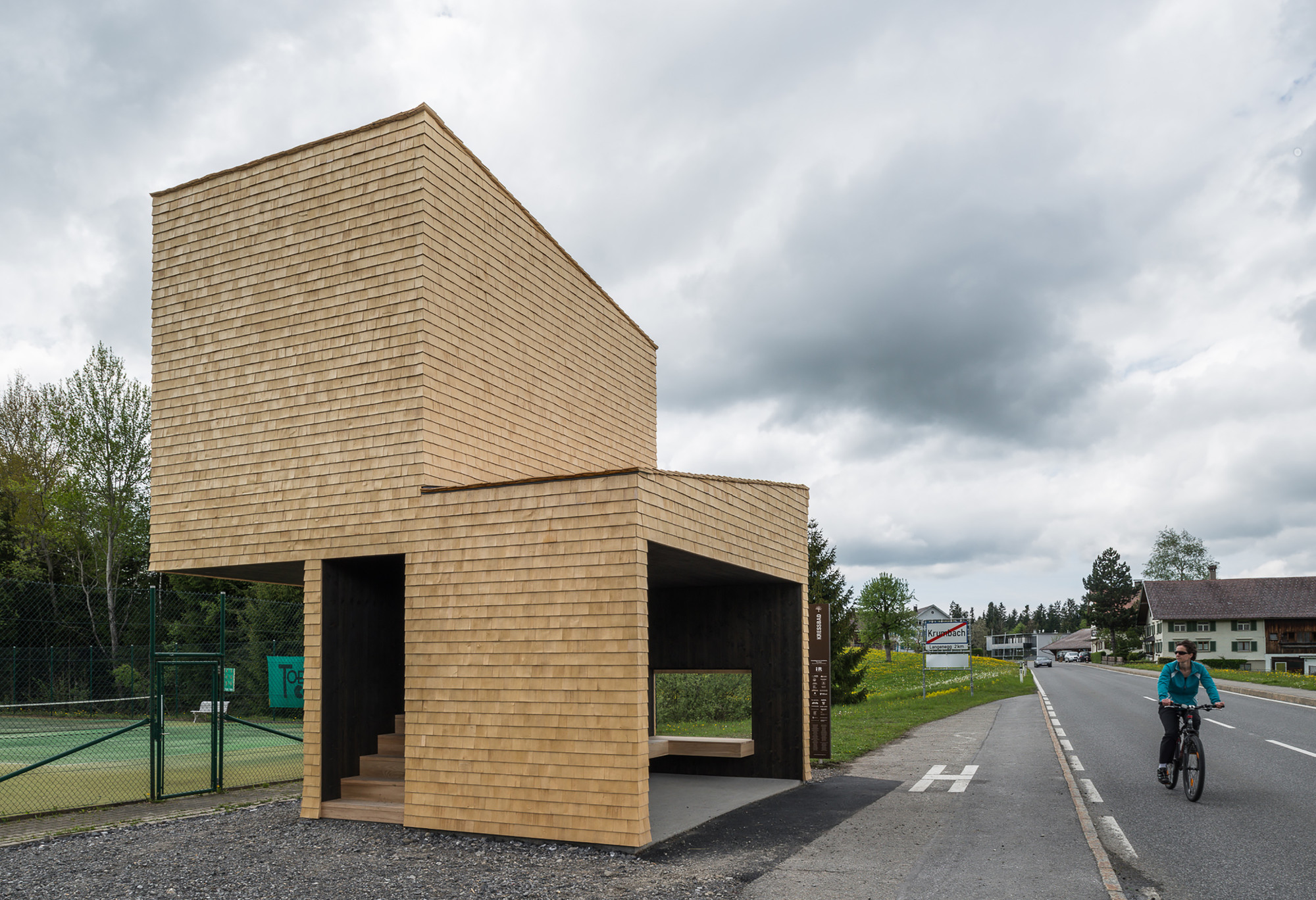 Text description provided by the architects. The Bus:Stop Krumbach was initiated by the municipality of Krumbach, the Vorarlberger Architekturinstitut (VAI) and Architekturzentrum Wien (AzW) in 2012. In early 2013 seven architect offices were invited to design one bus stop each and collaborate with local architects during the period of building application and construction. The architects were given no limitations other than scale which was had to harmonize with the surrounding environment. The following architects were invited; Wang Shu / Amateur Architecture Studio, Smiljan Radic, Sou Fujimoto, Alexander Brodsky, Ensemble Studio, Atelier Vylder Winck Taillieu and our studio Rintala Eggertsson Architects of which all accepted the assignment.

The site chosen for our contribution to the Bus:Stop project is located 1,4 km west of the Krumbach municipality center in a location named Kressbad. In addition to the bus stop itself, the main attraction at this site is a tennis field and a club house for the local tennis club which organizes tennis courses and hosts some small amateur tournaments from time to time. In our approach to the task of designing a shelter for the bus passengers, we felt therefore compelled to address this important activity by giving the building a second function; a tribune where one could watch a game of tennis on the field.

This led to a quest for a formal/functional answer to this double task. During our study trip to Bregenzerwald in the early phase of the work we learned about the local building tradition of combining more than one function under one roof – typically the dwelling and the animal stalls. This building typology is seen widely around the area and became soon an important inspiration for us to combine the two functions we had into one building.

In our approach to the site in Kressbad we had to raise the viewing platform for the tennis court to a position higher than the surrounding fence; a solution which led to a separation of the functions into two volumes. With this organization one would more easily deal with the directions which the functions represented and further shape them thereafter.

True to the original inspiration from the vernacular architecture we wanted to maintain the reading of the volume as one building by giving it the same cladding material, the same shape of roof and inclination. The choice of materials fell naturally on wooden shingles, a technique with long traditions in the area which gives the buildings almost a corporeal appearance which suited our building very well.

All the materials for the Bus:Stop Kressbad are sourced locally and crafted by local carpenters. The wooden shingles are made by members of the local brass orchestra, who volunteered to do the job as a gesture to the local community. 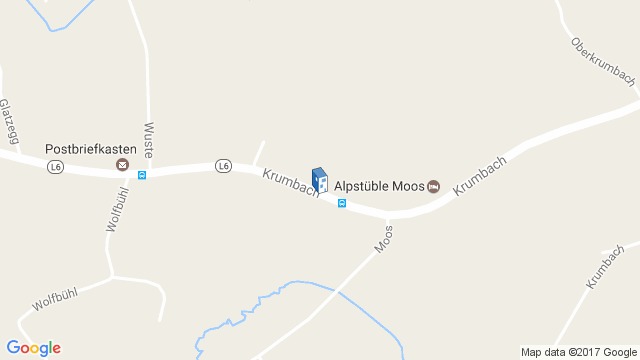