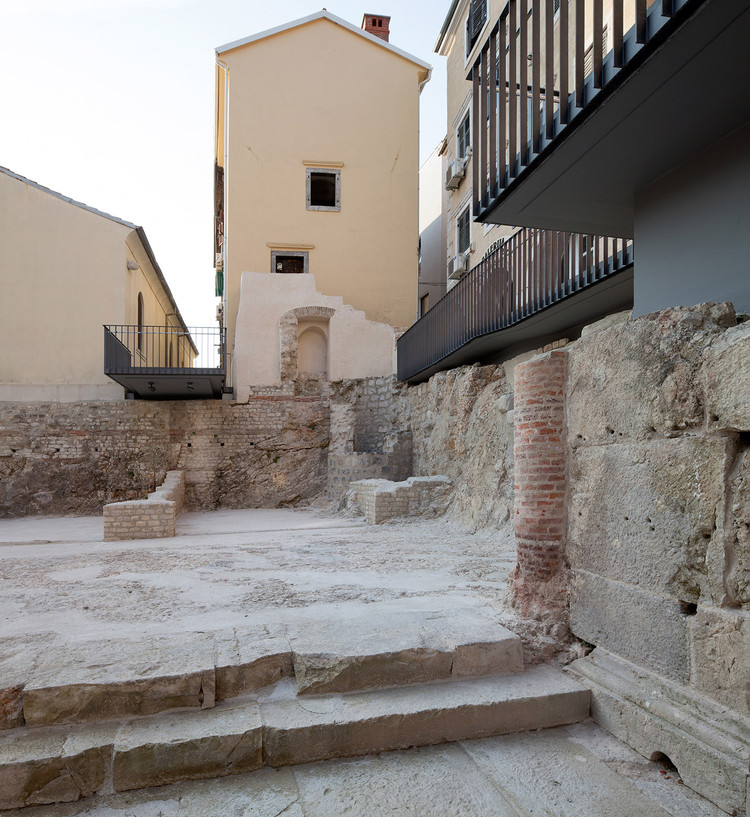 Text description provided by the architects. The opening of the Principia Archaeological Park in Rijeka, in February 2014, enriched the topography of ancient sites on the Adriatic’s eastern shore, adding a monumental locus, unique in the type and the shaping level of presentation. As for the type, the Principia was an architectural and town-planning element of castrum, a Roman military encampment or town, one of the many scattered along the boundaries of the Roman Empire (limites).

In Dalmatia, only fragments of no more than two castra, those of Burnum and Tilirum, have been preserved, not the entire complex as is the case with Tarsatica. As for the shaping level of presentation, the intervention is a result of a public competition and a creative authorial concept, which was meticulously elaborated, and implemented in a controlled fashion.

The Principia is a novelty that has already proven itself as a value and a locus in the urban image of Rijeka. The concept is based primarily on the idea of highlighting the archaeological area by strengthening its margins, by some kind of framing in order to present it, in the middle of the existing fabric, as a homogenous whole, or – new individuality. 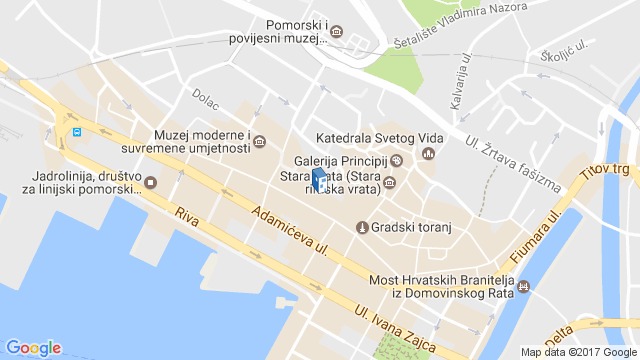