The first prize winner of a Greek design competition in Greece, which challenged participants to redesign an existing structure into an archaeological museum, this proposal by Tsabikos Petras Architectural Studio examines both the reintroduction of green areas into the city and relationship among city, sea, and coast. The scheme follows the lead of a north-south and east-west axis which present a pedestrian connection between the museum and a public square, and an archaeological site with a second public square, respectively. 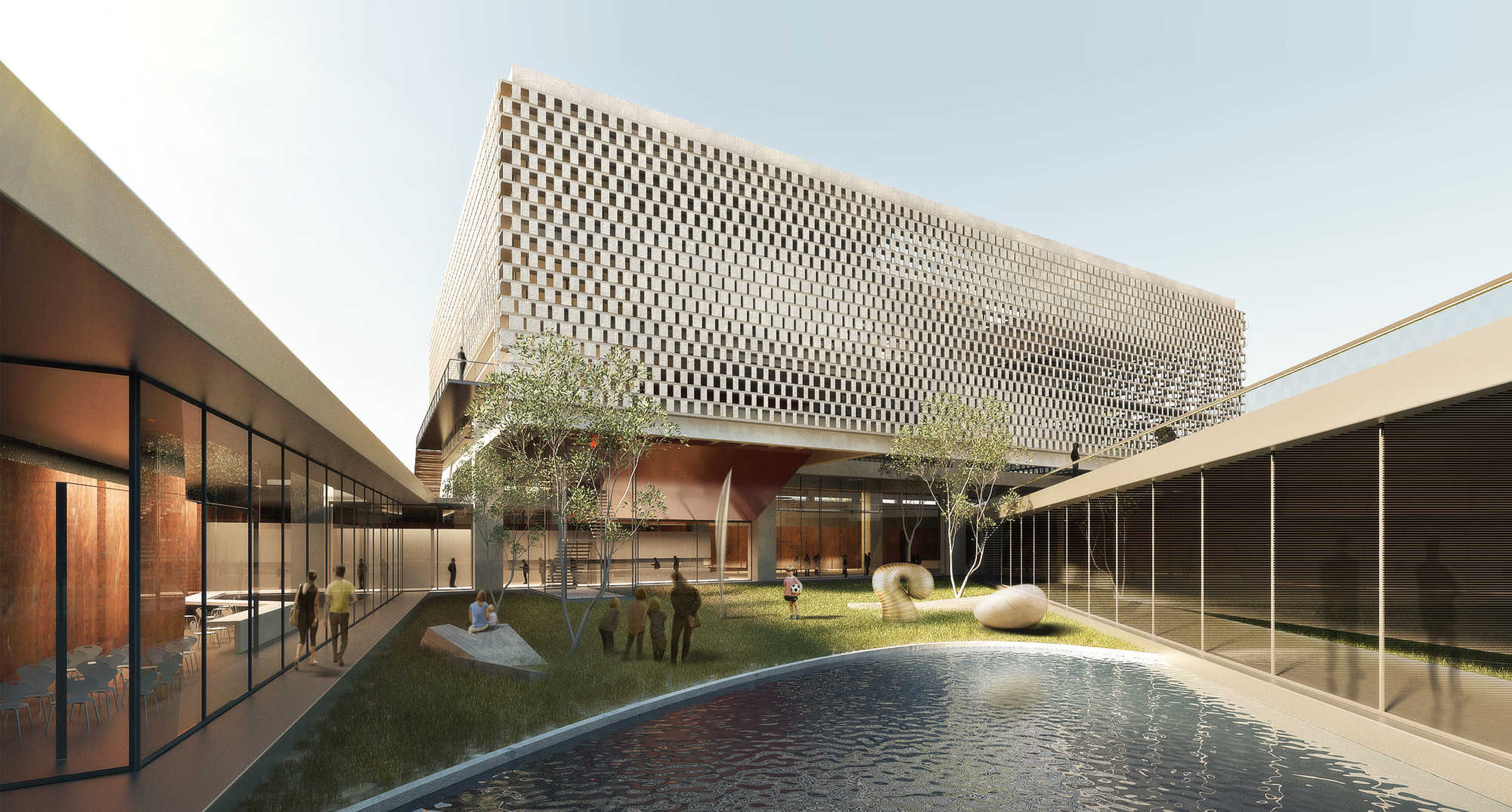 The museum seeks to form an effortless transition from urban to natural landscapes. The city collides with the museum and reaches toward the sea as an "urban deck," simultaneously speaking to the urban presence through close proximity to the city and forming a connection to the natural by revealing views of the coastline and sea. This unique layout that bonds city, coast, and sea creates an "urban entrance" for the museum, strengthening the connection between the visitors and the sea by drawing them through the urban environment.

The landscape of the site incorporates both man-made and natural elements. The engineered form is made of natural earth covered with plants, and as it interacts with the existing landscape, forms a depression which collects rainwater. A second "landscape entrance" emerges from the relationship of the two landscapes and their interaction with the urban deck, connecting visitors to a sense of place before entering the museum.

The museum itself is informed by the archaeological site and the historical character created by the fortification structures nearby, namely ancient walls. These walls speak to the boundary between land and sea, just as the permanent exhibit's wall acts as the boundary between the exhibit itself and the accompanying activity. In this way, the museum transports the historical presence of Peiraeus within its walls, which act as continuous paths through the museum, ultimately releasing visitors in alignment with the archaeological site. To further emphasize education in archaeology, an additional route through the museum highlights the restoration process to visitors, giving them a close look at the work being done on the site through display windows.