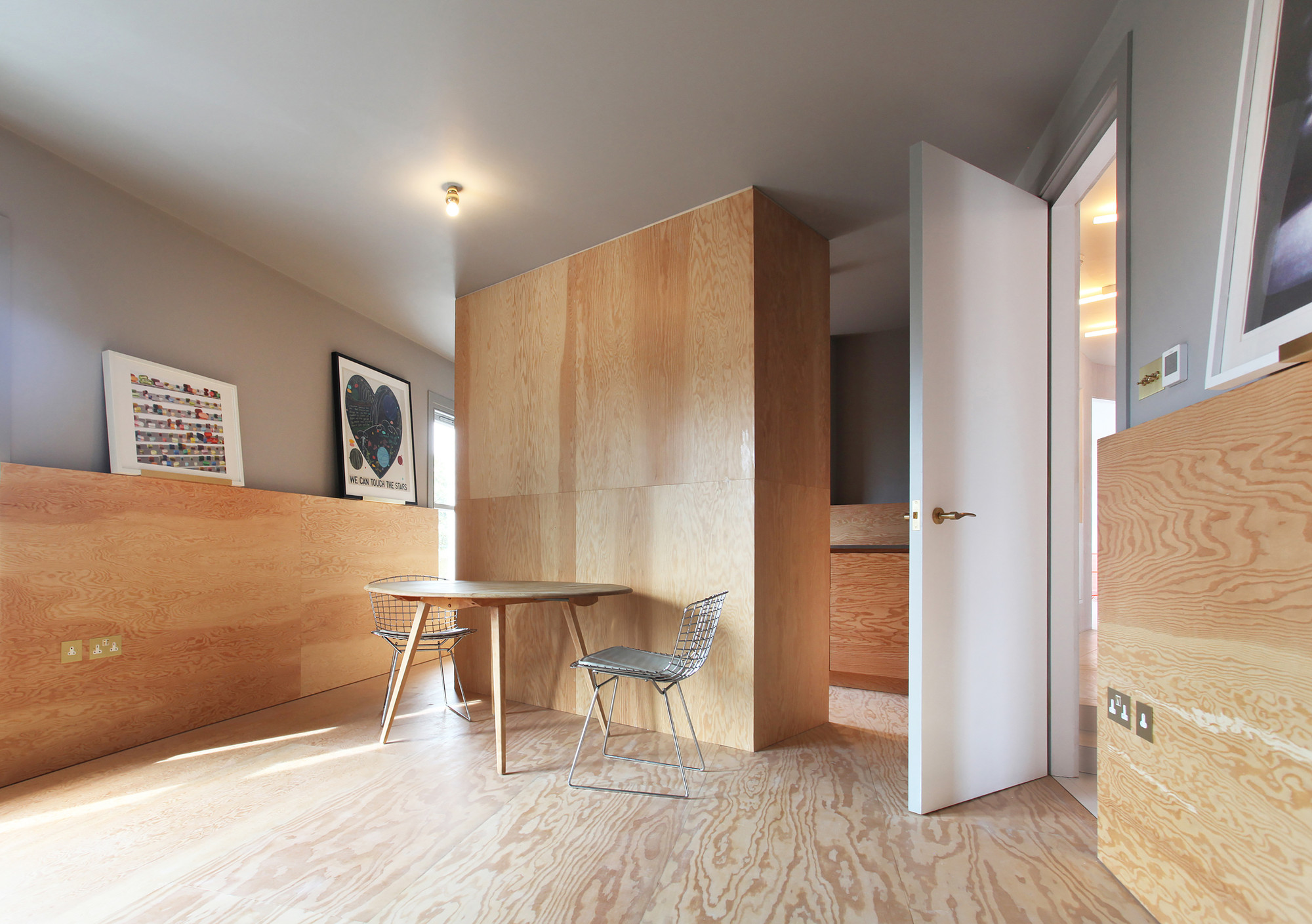 Text description provided by the architects. Sulgrave Road apartments 008 & 009 are two new homes, located in Shepherds Bush, London, formed by extending and re-organising two Victorian Houses. The building from second floor to roof level was stripped back to its original brick skeleton to allow the re- configuration and additions to the rear elevation with a new level added at third floor. Apartment 009 creates a new home from the letiover void space in Victorian pitched roofs. Apartment 008 forms a new home by reorganising a lateral space across two Victorian houses.

Apartment 008 is considered as a collection of rooms, with each room being defined by bespoke joinery. Douglas Fir and white washed Ash form free-standing joinery, used as a spatial device to separate programmes and located to create multiple spaces within lateral rooms. Rooms retain traces of their Victorian proportion, this is then contrasted with a new proportion which is formed by overlapping adjoining spaces.

Douglas Fir ply seamlessly lines the floor and walls of the living room. Forming a material container, allowing furniture to contrast against the texture of the floor and wall. Bedrooms and bathrooms are separated by deep joinery units that have been conceived as small buildings. Organised to include storage, a desk, lighting and a secret door providing access to a bathroom. The joinery is a spatial device, an interface that both connects and separates programmes.

Apartment 009 is formed across two existing roofs, creating a new home from the unused voids of existing Victorian houses. The project is an example of how the city can provide more housing on existing land with limited construction.

Large sliding doors between rooms allow spaces to be cellular or open plan, creating a fluid relationship between uses. A south facing external terrace is connected to the internal living spaces by sliding glazed doors. This configuration allows a continuous connection between terrace, living, dining and kitchen. Four spaces that join and overlap - allowing an interaction between interior and exterior. The roof extension is formed in a lightweight timber construction, faced in black oiled cedar, a contrast to the texture and form of adjoining roofs. The black cedar both absorbs the south sun and contrasts against the sprayed white terrace enclosure.

The roof garden is conceived as an external room. A perforated white steel wall lines the boundaries of the space, providing a spatial enclosure while maintaining a visual connection with the surrounding gardens below. The white steel wall folds to form a continuous seat. Under-lit, the perforated seat glows at night creating a siluetee against residents as they move across the space.

Bedrooms are organised on the north side. Wide spaces, top lit and characterised by washed ply joinery. These joinery elements wrap around the bedroom, a single form providing storage, seating and headboard in one material.

The section is articulated to bring top light into each area of the plan, deep reveals direct daylight over the entrance, kitchen and living room seating. Alternating sunlight and daylight is brought in through a range of building openings, the change in scale and location animate internal spaces, creating rooms that are full of shadow and daylight. Apartments 008 & 009 are the latest in a collection of spaces in London that Teatum + Teatum design, produce and make available to rent.

This is the latest project that has been produced by Teatum+Teatum. Under this structure we design and produce spaces and make them available to rent. We act as the client, architect and manage the production of space. This structure allows us to develop a spatial strategy, manage the production process and curate the space while being rented. Each project is developed with a specific spatial concept that responds to the context, existing building and a commitment to developing new narratives for urban living.

To produce homes that are spatially organised to create social and material experiences. Engage with the lives of people that move through the city for short periods and invest in an architecture that can be made available to a wide audience.

The way people live and work in London is changing rapidly. Globally more people move through urban centres for short periods, use the city flexibly, don’t require (or have the capacity for) ownership of property and seek to have varied living experiences as opposed to being fixed in one place. Our spaces are a response to this condition. Released from ownership, the spaces offer the opportunity for a range of living experiences in the city.

Teatum+Teatum are interested in the social opportunity of space. Current projects being developed will offer a mix of programmes with an emphasis on communal and shared spaces containing some of the programmes that are normally private. The intention is to create homes that offer spatial interaction between residents through cooking, gardening and making, allowing the opportunity for a layered programme, offering a vibrant set of living experiences. 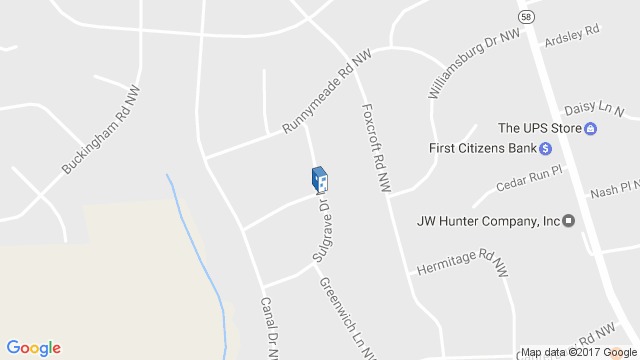