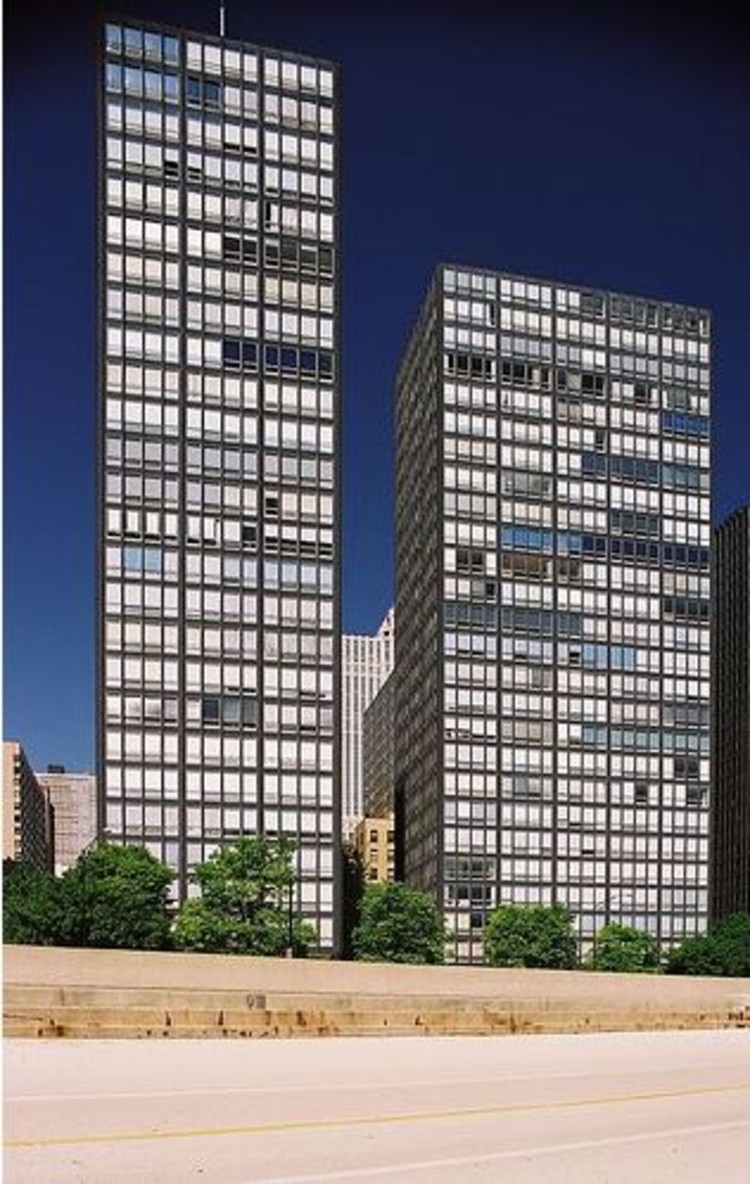 Text description provided by the architects. A few months ago we reported on the restoration of Mies van der Rohe's 860-880 Lake Shore Drive by Krueck & Sexton Architects, but still, taking a second look at this project is important to show its significance in the field of architecture. Built between 1949-1951, the 860-880 Lake Shore Drive towers by Mies van der Rohe are two iconic skyscrapers on the Chicago skyline that redefined highrise living for the post-war generation. The 26-story towers border Lake Michigan, giving residents a beautiful waterfront view. Mies' reason for the scheme involved his concept that architecture should be independent of the site, and the towers did indeed follow their own rules by being the first step towards the industrialization of architecture.

Mies approached the triangular site by arranging the two apartment buildings at cross axis towards one another, delivering views of the lake, Lake Shore Drive, and the busy inner city Chicago Loop which is southwest of the towers. The ninety degree angle that the buildings are situated in also enclose a plaza at ground level.

Mies' concept of independent architecture is also seen in the rise of the ground floor of 860-880 Lake Shore Drive which make the towers appear as if they are floating above the ground. On the entrance level, a horizontal roof is the sole connector between the two high-rise apartments towers and does not have any function other than to "mark the spirituality of this specific place."

The plan for the towers was organized in a 21 foot grid that was represented with steel columns placed at the intersections of the grid. By using it for structure, Mies simplified the steel frame to its purpose while using it to express the grid. Because of its purpose Mies wanted the inner character of the steel skeletons to show. This became a problem due to fire regulations, but Mies made it his goal to make these skeletons visible despite this fact. He achieved this by covering concrete shells with steel plates, thus keeping the uniformity of the steel columns.

Another important feature of these towers is that they were built with prefabricated parts. For example, during the construction of the facade four-window units were assembled on the roof and fastened from above from column to column. The same vertical standard T-profile that the window units were made of was fastened to the columns and corner pillars. The structure therefore consists of a system of filling and framework that created a beautiful pattern of contrasting black steel against the glass surface. The mullions of 860-880 Lake Shore Drive were also well thought out in a 5'3" grid system and were made of standard 8" wide-flange steel. These standard steel sections were manufactured for general use and also made the building easy to put together, since they simply attached to the exterior frame.

By making the construction of the buildings the design priority, Mies created a system that led his perfect grid from structure, to windows, and finally interior partitions. "From outside to inside, from permanent to temporary, the architecture evolved in the sequence of construction." The perfect order found in the modern 860-880 Lake Shore Drive led the buildings to become landmarks in Chicago, and was perhaps the reason why Mies and his wife even resided in one of the apartments for several years. 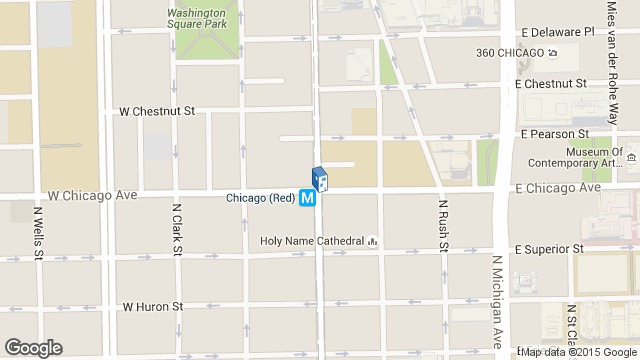