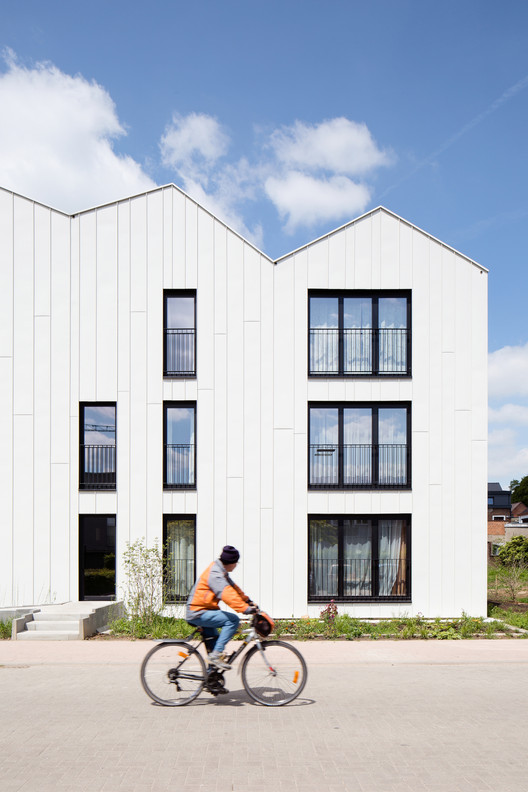 Text description provided by the architects. The existing architecture, heterogeneous in style and typologies, has partially disrupted the historical identity of the village. The incomplete perimeter and lack of structure in the interior of the urban block participate to the poor appearance of the site. Compared to the rest of Flanders, the current building fabric of Hoeilaart shows a low density.

The project therefore aims to densify the building block while respecting the original identity of the village. Through this densification, the existing fragmented space will turn into into a qualitative and coherent whole. Closing and redefining the perimeter of the block will help reinforce this central area of the village.

A wide variety of typologies offers a qualitative range of dwellings. The outdoor space is designed as an extension of the bicycle and pedestrian network, while the inner green area is designed as a water garden referring to a historical stream.

The project’s volumetry relates in a contemporary way to both historical and local urban qualities. The volumes, articulated with gable roofs, refer to the historical greenhouses of Hoeilaart, the Flemish town-square as well as to the archetype of the dwelling. The impact of the densification is limited: the volumes are kept low and compact, and don’t disturb the sightlines of local residents. 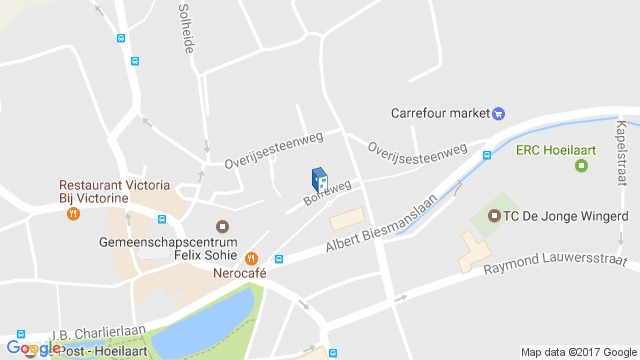