Save
Surface As Sculpture: Henry Moore's Brick Reliefs In Rotterdam
Share
Or
Copy 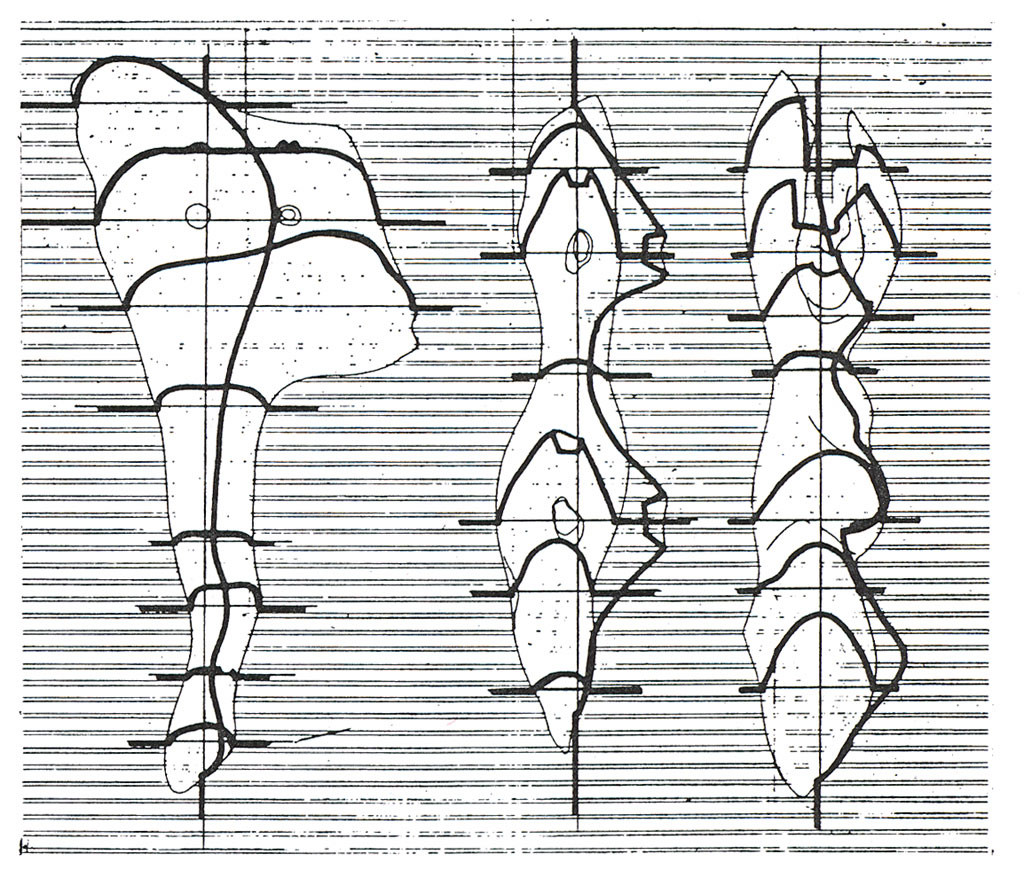 Although designed by Moore on a conceptual level, the relief was assembled by two master bricklayers who worked for around 1,200 hours over the course of four months in 1955. Weekly photographic progress reports were sent to Moore in England, to which he returned comments, ideas and modifications. As a symbol of his profound appreciation for the skill of the bricklayers the pre-eminent post-war artist later donated his design for the relief to the bouwcentrum free of commission. According to Aukje Vergeest, "Moore described the work as ‘restful to the eyes’ and ‘a harmonious chapter for the rhythmic story narrated by the lines and planes of the building’."

The design is composed of a series of geometric elements defined by strong vertical gestures and intersected by horizontal courses, punctuated by semi-spherical indentations. In the centre five sinuous, dynamic forms emerge from the wall which, according to Vergeest, "call to mind bodies or plants, and stones gradually polished by water, sand and wind." Moore specifically chose to use Dutch bricks over English bricks due to their smaller size.

The finished relief comprises an almost ornamental frame of horizontal and vertical lines and edging, with a kind of frieze of decorative figures above and underneath which resemble metal strips and screws. These surround five organic forms in the centre of the wall. The influence of the non-western art Moore so much admired at the British Museum is evident here. According to the artist, the ancient Assyrians were already making images in bricks and taking these as an example he ‘composed with lines and planes to create a whole’, as can be seen in the frieze with the decorative figures and the free-looking drawn lines to the right and left enclosing the relief.

Nowhere is the wall surface straight and symmetrical. A faint curve runs across the entire surface, while all the geometric reliefs on the sides slightly differ from one another in shape or size. This creates a lively impression since nothing is taut or static. The longer you view the wall the more you notice the subtle details. The organic forms in the centre, for instance, are both convex and concave. This is typical of Moore, who was fascinated by the tension created and experimented with such forms in the 1940s and 1950s. The plasticity of the organic forms in the Rotterdam relief recalls the free-standing group Three Standing Figures which Moore made in 1952 for National Park De Hoge Veluwe and his Upright Motifs from 1955.

The bouwcentrum, a large part of which has since been demolished, left an empty space around the retained wall. This initially raised a number of questions which centred around whether or not the wall should be seen as an autonomous work of art which could be translocated to another part of the city. The ultimate decision dictated that the wall should remain in its current location in order to be reintegrated into a new building as part of a wider redevelopment of the area, which is currently in progress.