Four projects have been selected by the American Institute of Architects’ (AIA) for honorably expanding the role of the architect beyond the building and into the realms of urban design, regional and city planning, and community development. These projects will be honored with the AIA’s Institute Honor Awards for Regional and Urban Design at the 2015 National Convention and Design Exposition in Atlanta. See the winners, after the break. 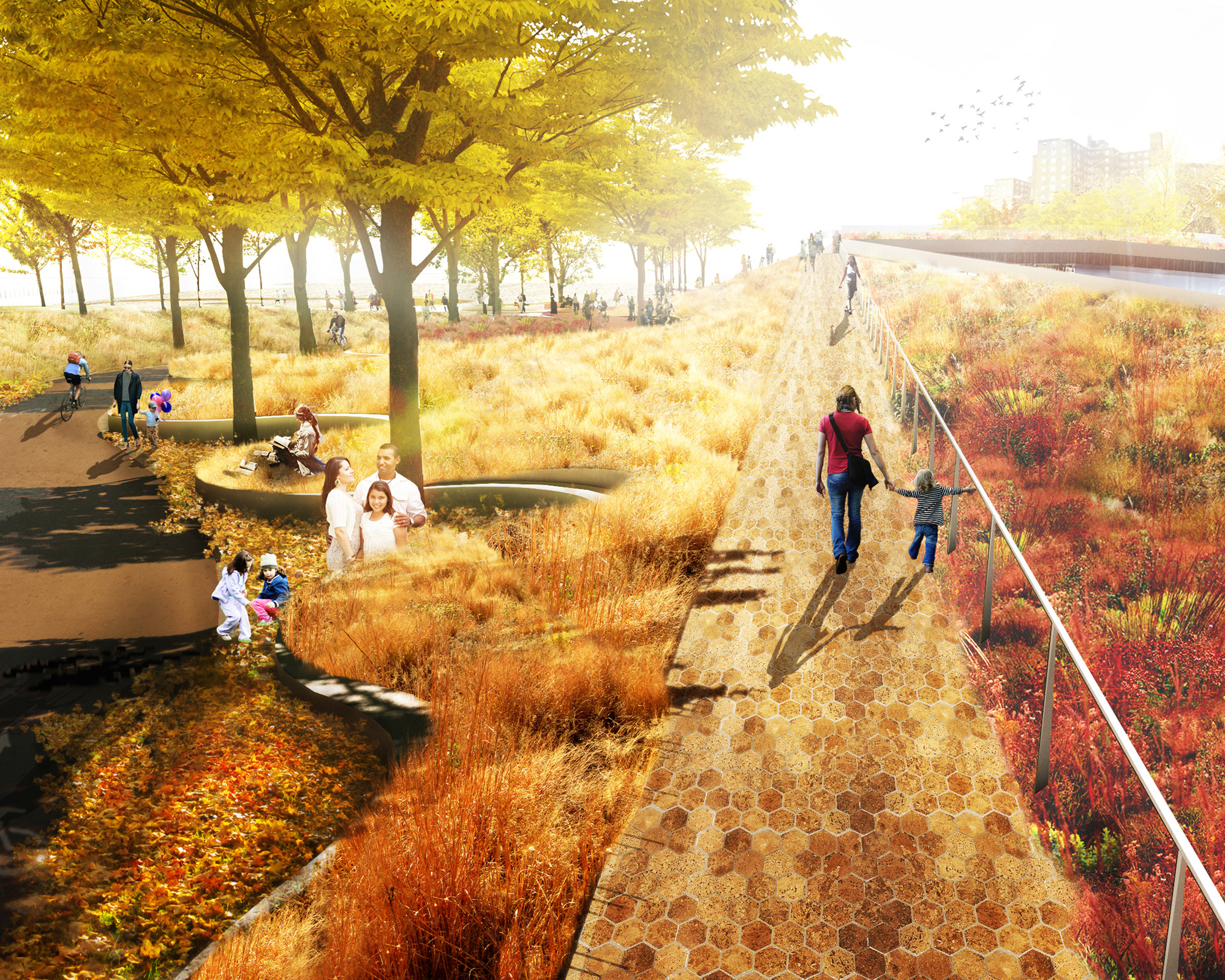 Old Tianqiao was once a bustling hub of cultural activities and folk arts traditions ranging from storytelling, variety shows, acrobatics, and operas. The project intends to reestablish the cultural heart of the capital with a collection of modern and traditional performance venues that respect the city’s sensitive, World Heritage context. An integrated design process across many disciplines laid out a series of environmental goals, including reintroducing the historic farm fabric, developing a storm water filtration system, reducing waste by using existing materials, and reducing automobile dependence and carbon footprint by creating walkable neighborhoods around three new subway stations.

The BIG U is a 10-mile protective ribbon around lower Manhattan that addresses vulnerabilities exposed by Superstorm Sandy (2012). The BIG U consists of three components: BIG Bench, Battery Berm, and Bridging Berm. BIG Bench is a continuous protective element adapted to the local context that mediates new and existing infrastructure. The Battery Berm weaves an elevated path through the park, enhancing the public realm while protecting the Financial District and critical transportation infrastructure. This signature building features a “reverse aquarium” that enables visitors to observe tidal variations and sea level rise. The Bridging Berm rises 14 feet by the highways, connecting the coast and communities with greenways.

The redevelopment of the Government Center Garage project is an example of undoing the ills of the 1960's urban renewal in Boston that critically separated six thriving neighborhoods.  The plan unlocks neighborhood connections, reopens urban vistas, and creates engaging public spaces by strategically removing a portion of the garage while preserving the remaining structure through creative phasing to provide for a sustainable and economically feasible redevelopment.  The project introduces 3 million square-feet of housing dominant mixed-use program to downtown, creating a dynamic 24-hour neighborhood as a model for sustainable, transit-oriented development.  The project also sets up a new position for urban design in Boston by shaping the urban form to respond to acute desire lines of a pre-grid city and promoting slender building typologies.

Target Field Station, opened in May 2014, is a distinctive transit station located in the heart of Minneapolis' revitalized North Loop neighborhood.  The project links the street fabric of the existing neighborhood with Target Field Stadium Promenade and to the larger downtown core beyond.  The station seamlessly links parking, light rail, regional rail, bus and bicycle modes of transit – while always privileging ease of pedestrian access. It also provides of a series of interconnected public open spaces, including an amphitheater and a ‘Great Lawn’ as additional amenities for public use.  By combining sustainable design, carefully crafted public space, landscape elements, public art, and private development, Target Field Station sets the bar for how modern cities leverage transit design to create iconic cultural centers.