Save
Making Complex Systems Visible: “Between Geometry and Geography” Carefully Uncovers the Layers of Mexico City
Share
Or
Copy

I always book a window seat when flying into Mexico City. It guarantees exposing the traveler to the exhilarating immensity of the city and the valley that barely contains it: a blunt encounter of geometry and geography indeed. Braving traffic I arrive to my hotel in the historic center and the first morning, over breakfast and with those aerial images still fresh in my mind, I invariably marvel at the fact that I have just had a hot shower and that I am enjoying, as usual, excellent huevos rancheros. "How did these eggs get here?" I wonder. The thoughts quickly dissipate as one is engulfed by the many renowned attractions of Mexico City.

Felipe Correa and Carlos Garciavelez Alfaro have chosen not to be distracted. Their book, “Between Geometry and Geography: Mexico City”, is an ambitious portrait of Mexico City that avoids reading the city through the singularities of its monuments. They have produced instead a stunning graphic biography of the metropolis, focusing on the infrastructures that have shaped the city and make it function today and speculating on opportunities for future multifunctional infrastructures. 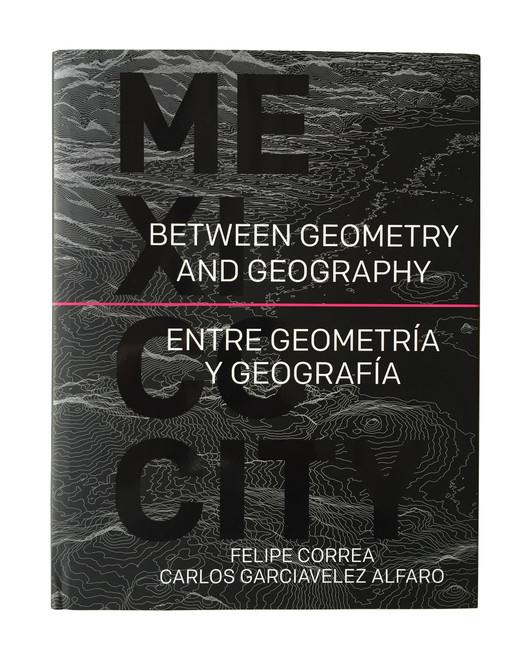 Mexico City is a city of superlatives. It is among the biggest metropolis in the world and few, if any, can rival the richness of the layers beneath it. “Between Geometry and Geography: Mexico City” uncovers those layers and exposes the forces that have structured the city over time. The first layer is the majestic geographical setting of the Valley of Mexico. The city is literally built on top of a former lake, in a valley with no natural outlet at about 2,250 meters above sea level and surrounded by snow-capped volcanoes. The second layer is Tenoxtitlan, the capital of the Aztecs, who built their city-island based on an evocative foundation myth, which later propelled them to establish the largest Mesoamerican empire. The third layer is the Vice royal capital, started with the dramatic conquest by Cortes and built by the Spanish emphatically on top of the Aztec capital as a Baroque city. The capital of New Spain became one of the most prosperous cities of the Americas.

Mother nature has bestowed the Valley of Mexico with a mild climate considered by many to be the best in the world but in exchange, its inhabitants have to endure the threats of active volcanoes, floods during the rainy season and frequent earthquakes. It is not the best place to build a metropolis, but it is the spot where the wandering Aztecs fulfilled their prophecy and settled, and ever since the city has embraced it as its destiny, adapting to the taxing environmental challenges with a mixture of pride and resignation. The first chapter, “From Lake to City”, tracks the evolution of the city from its founding in the middle of Lake Texcoco to the 19th Century. Like the entire book, it is a visual story, beautifully told through generous spreads of carefully selected historical maps and newly created maps and drawings. They illustrate Mexico City at many scales as the neurological center of a network that expanded throughout the valley, over the mountains to the rest of Mexico, and from the ports of Acapulco and Veracruz, to the rest of the world.

Mexico City is now the capital of an emerging country and still the largest Spanish-speaking city in the world. A global destination both for business and culture, it is truly one of the great metropolises of the world and the only one with four sites in the UNESCO’s World Heritage Site list. The city has become a hub for creativity, a leader in contemporary design. Mexican artists, architects and urban designers are no longer perceived to be in the periphery and have become confident global leaders in their fields. However, Mexico City also faces the familiar challenges of large cities in developing countries.

Unable to control its growth during the second half of the 20th century, more than half of the metropolitan area is now covered by informal settlements. This fact alone adds great pressures to the already challenging mobility and water management infrastructures required for a city of this magnitude. After the introductory chapters, the bulk of the book is precisely devoted to analyzing these critical infrastructural systems (mobility, water supply and drainage). Elaborate drawings illustrate the evolution of the complex layers of public transport, roads, canals, drainage tunnels and the major hubs of large public infrastructure. The inventory not only includes airports and bus and train stations but also parks, universities, sports complexes and one of the biggest wholesale food markets in the world. As a perfect complement to the maps and drawings, throughout the book there are numerous spreads of aerial photos of the city, a mix of recent color images and black and white photographs from the Fundación ICA, a treasure trove of historic photographs documenting the city during the years of its most dramatic transformation.

One chapter is devoted to a detailed inventory of the housing stock of the city. It illustrates a fact that would be unexpected for many people: Mexico City is not a very dense city because just like in US cities, the majority of the population still lives in some sort of single-family house. In addition to the two introductory essays by the authors, four contributed short articles (by a noted architecture historian, a practicing landscape architect, an anthropologist and an architect expert on water management) provide valuable background to the issues covered in the book.

Correa and Alfaro's book is so effective in making complex systems visible and exposing their challenges that it left me wishing for more. What about the waste management system? The school system? The power grid? The role of informal markets? Or why is Santa Fe not exposed as an urban and environmental calamity? Understandably, there are many issues not included but new data could potentially be added or updated as new issues arise, for example the construction of a new major airport, announced shortly after the book came out.

There are several contributions that make this book significant. First and foremost is the monumental effort involved in producing an exhaustive documentation of the city and the valley. The book exposes the inner workings of a megalopolis, a sort of taxonomy of the city and its region, in a visually compelling and informative way. It will be of value to a range of constituents, from scholars to city officials; I also hope it becomes a model for the study of other cities. Second, it makes a bold statement about the need for a concerted effort among all the design disciplines involved in city making. Led by architects and urban designers, the book moves effortlessly between scales: from the single building to entire regions. It also advocates for future urban visions committed to more nuanced and multifunctional infrastructures, something that invariably will involve the collaboration of architects, landscape architects, urban designers, planners and engineers. And third, at a time when the value of research at higher education institutions is regularly questioned outside academia and the design-oriented research model of schools of architecture is also scrutinized within their own universities, this book is a welcome arrival. The research team involved a group of interdisciplinary researchers with backgrounds in architecture, landscape architecture and urban design, with many of them participating in a design studio directed by the authors.

Without the institutional support offered by the Graduate School of Design and the David Rockefeller Center for Latin American Studies at Harvard University these kinds of research projects would simply not be possible. This book is a triumph of applied research at its best and should be brandished as an example of how design disciplines can produce extraordinary research.

Juan Miró, FAIA is the David Bruton, Jr. Centennial Professor in Urban Studies at the University of Texas at Austin's School of Architecture, and a Principal of Miró Rivera Architects. 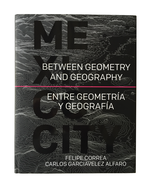