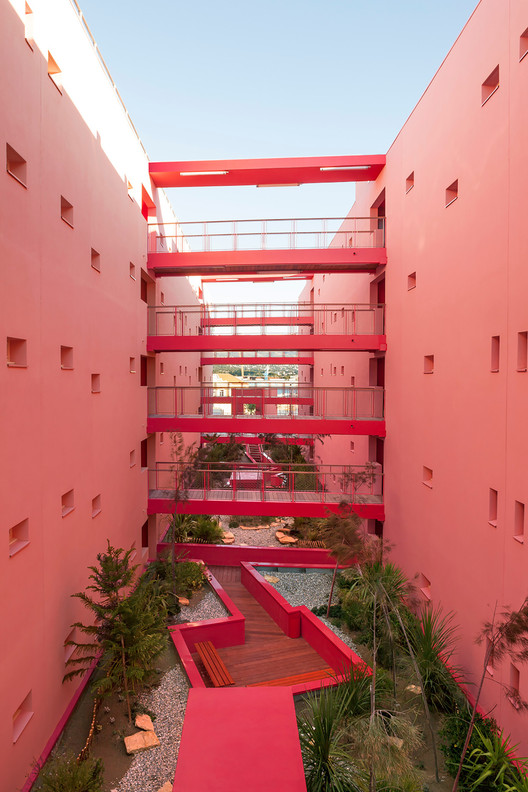 Text description provided by the architects. From sketch to completion

The obsession to always be able to see the sea from where we live on the coast guides our pens from the first sketches and never fails to inspire another way of building. As such the Redline plot could not have tolerated a single, solid block, which would have obstructed the views of the surrounding housing and prevented half of the 59 housing units from having a view of the sea. Using this site survey as a starting point, and setting our sights on the north where the Bay of Toulon is curled up, a building that splits in two along a patio running from east to west was drawn.

This east/west spatial organisation grants a multiplicity of amenities with apartments that have both front and rear facing views and an outdoor patio designed to ventilate and make the most of the vista. The belvedere, a sort of socially acceptable window into the city, serves as a vantage and lookout point.

Every century has its period of reconstruction. Twenty-five years after the closure of the shipyards (1989), La Seyne-sur-Mer is undergoing a real reconversion to diversify its activities, particularly beach tourism. This economic development is encouraging the Var resort to redevelop its wasteland and restore its urban spaces on the coast along which runs the splendid Toussaint-Merle promenade.

The Redline - 59 apartments ranging from studios to 5-rooms - is a part of this urban revival. Facing towards Toulon and the Bay of Vignettes, one of the largest in Europe, the Redline is set slightly back from the future Autumn Garden located on the site of the former shipyards. It comprises three separate parts with its base, a forged and sculpted mass of concrete, onto which two wings have been erected.

The project may also be differentiated in its consideration for its users and the environment, satisfying:

Comfort requirements: all apartments have front and rear facing views and are naturally ventilated so there is no “rear façade” as such. The width and depth of the terraces offer clear and unobstructed views out onto the seafront. The aerial walkways are made of pre-stressed concrete; they enable access to the east apartments, as the lifts are located in the west building.

The prerogatives of the town: the external façades are punctuated with separations, which serve as storage cupboards so as to avoid any visual pollution from the streets.

Standards of diversity and sustainable development: the central patio has been landscaped onto a concrete slab (impermeability, drainage, weather-proofing). Below this there is a well-ventilated parking lot and business premises on the ground floor.

The patio, belvedere and walkways invite contemplation of the landscape - on one side the Autumn Garden and on the other the Bay of Toulon. 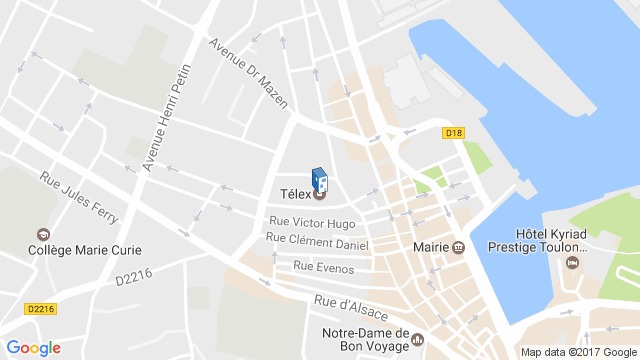