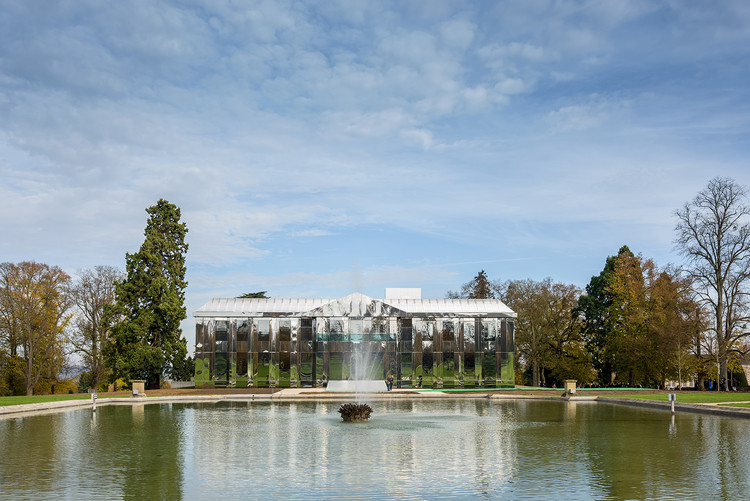 Text description provided by the architects. Rebuilt after the last war in a style reflecting the local Ile de France architecture, though on a much smaller scale than the original, the Château de Rentilly lost its historical value and its significant relationship with its remarkable location. This project has sought to restore both aspects by encasing the building in a second skin of pleated, mirror polished stainless steel which reflects and diffracts the image of the park, acting as a kind of sound box.

The interior has been stripped down and simultaneously opened up on both opposite sides, one to the jardin à la française, the other to the english landscape park, emphasising the concept of immersion in the natural world.

The arts centre is accessed by an entrance in the 16th century basement, last vestige of the original château. Visitors find all the museum's ancillary functions here, before emerging into the two superimposed spaces devoted exclusively to exhibitions.

The final alteration was the conversion of the roof into a terrace, creating a third, outdoor exhibition space with panoramic views of the park, the nearby lakes and the surrounding countryside. 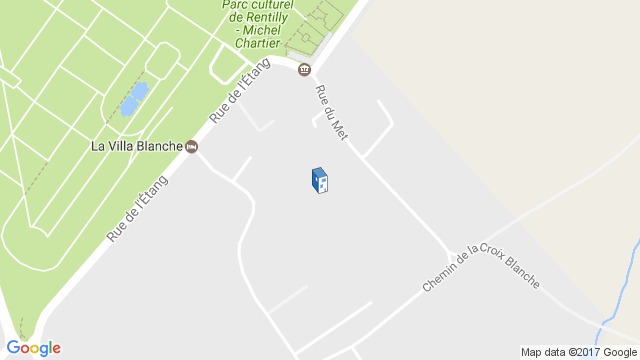