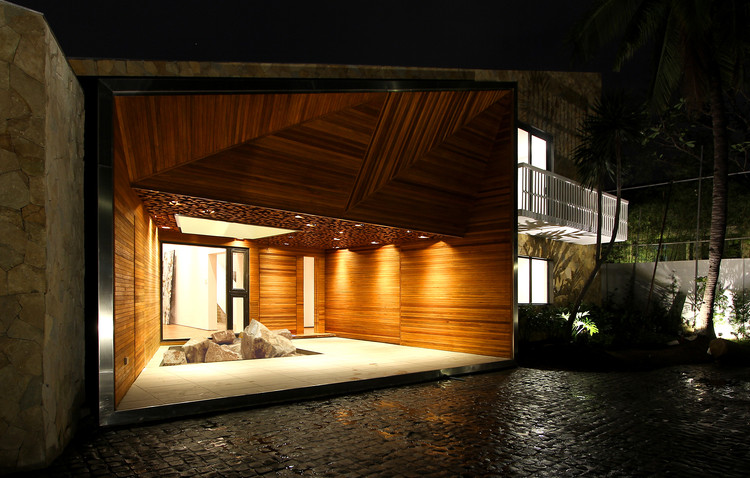 Text description provided by the architects. The project is a major renovation of a house built in the 80’s. The architects strategy is to breakdown the essence of the existing architecture and design it  again taking into consideration the modernity of  lifestyle of the 21st century.

Respecting the history of the existing architecture and providing an intervention rather than scrapping the old design and starting anew, analyzing important characters of the old structure and complementing it with modern details.

From the elevations, the architects had to study the lines and create a singular composition that strengthened and compliment the original lines of the structure. Creating a funneling effect to suggest the importance of the foyer leading to the main door, manifested through how the wood planks were laid out in such a way that the leading effect is enhanced.

Hierarchy of materials was also considered. Having a solid background using natural stone and a softer material for the front center of the elevation bordered by a brushed stainless steel detail. Having the exterior material go through the interior creates visual continuity.

The same strategy of juxtaposition of old and new was applied to the floor plan. Making sure it met the new requirements. The architects responded by examining the space as a whole and independently and created transitions to bridge the old program and the new.