Alongside the launch of Faena Circle, an experimental collaboration between Faena Art in Miami Beach and its sister institution in Buenos Aires, comes new images of the OMA-designed Faena Forum. The new center for arts and culture planned for Miami Beach is designed to “catalyze experimentation within and across artistic disciplines and foster cross-cultural collaborations among artists throughout the Western Hemisphere.” A series of flexible spaces formed by interlocking cylindrical and cuboidal volumes will provide for a range of projects, commissions, performances and events. 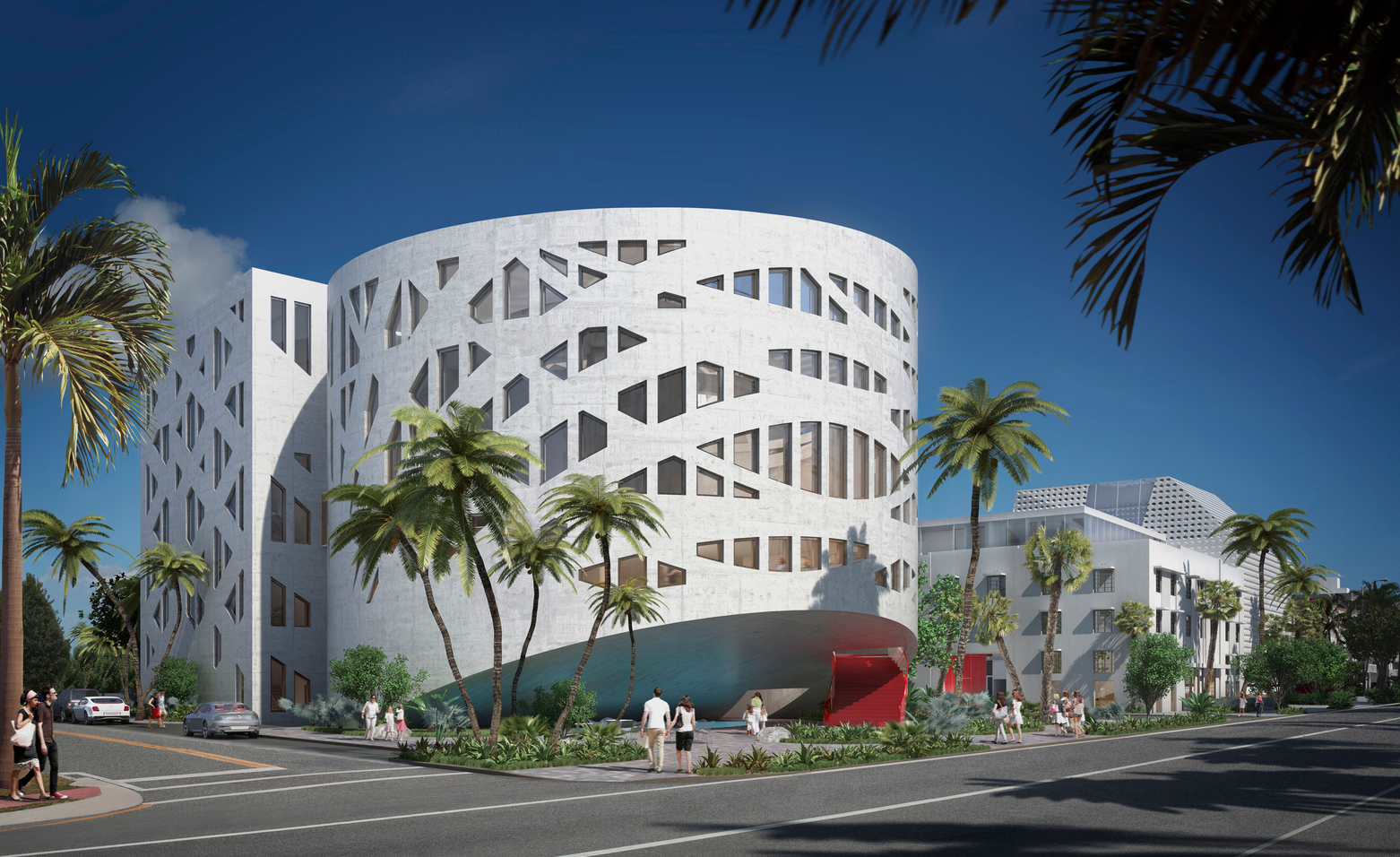 The 50,000-square-foot center’s cylindrical portion was inspired by the Pantheon in Rome. The 40-foot dome, featuring a spiraling walkway that connects the ground floor to its central glazed oculus, is connected to a cube that takes takes inspiration from the Teatro Colón in Buenos Aires. Two larges rectangular spaces interlock with each other and the dome to offer combined or subdivided spaces for installations and performances.

“Art institutions in the 21st century need to serve as catalysts that spark new forms of cultural production that transcend artistic mediums and disciplines,” noted Executive Director, Ximena Caminos, who is also the Executive Director of Faena Art Buenos Aires. “Faena Forum has therefore been conceived as a polyphonic space that will connect the experimental and the popular and allow for a range of voices and visions to take form and, in turn, inform new dialogues within Miami, among the Americas, and globally.”

Faena Forum will be the centerpiece of the six-block Faena District Miami Beach, a new mixed-use development also designed by Rem Koolhaas/OMA in collaboration with Foster + Partners and Brandon Haw, at 33rd and Collins Avenue. It is set to open in December of 2015.

Faena Forum and Faena Circle was launched during Art Basel Miami Beach 2014 at the Faena Collaboratory, a new pavilion designed by OMA, Atelier Marko Brajovic, and Faena. Located at 3425 Collins Avenue, Faena Collaboratory is a platform for the exhibition of models, drawings, notes, and research that trace the creative process that informed the design of Faena Forum and the advancement of its mission.