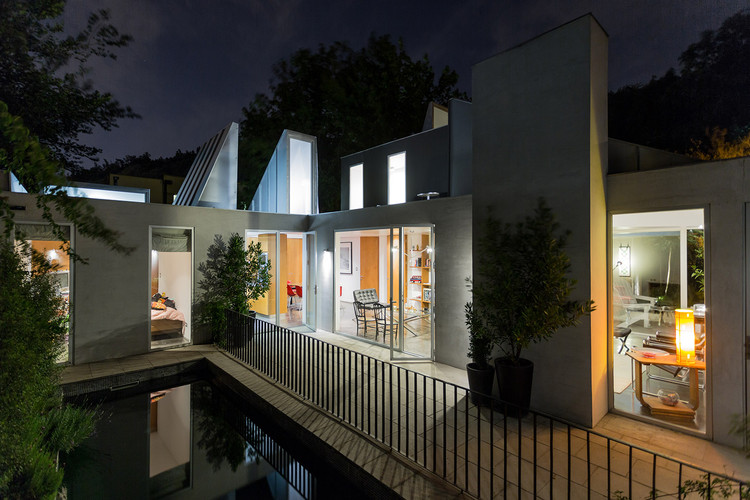 Text description provided by the architects. The refurbishment project – House 1957- began acknowledging the values of the existing house, build in reinforced masonry, that had a right relationship between rooms, orientation and location, all determined by the immediacy of San Cristobal Hill in Santiago. These pre-existing conditions provide a range of perceptual and formal definitions, allowing configure the project´s premises that can be summarized in two main aspects:

Thus, a common area was define for all members of the family, which aims to have full spatial integration, without further boundaries than those established by different areas (living, dining, kitchen and patio-pool). At the same time, two distinct areas for each age-segments of the family were configured; bedrooms, game-room and garden for children at ground level; and main-bedroom, studio and roof-terrace for parents on the second floor.

2. Spatiality: A range of distinctive elements with capacity of altering the space from the existing geometry and improve light penetration -given its location on the southern slopes of the hill- were designed . The aim was to capture the surrounding landscape but diluting neighbors walls to generate perspectives and built a visual tension with the context.

The position of these elements – skylights- was decide in orden to give formal clarity to each space. Also, connector elements stair and bridge acquired a formal singularity to strengthen its identity.

The outcome is a rational box with the all necessary openings, which are located in each room, from floor to ceiling. This order is interfered by skylights, which seek to be a necessary counterpoint to caracterize the space where are situated. In this way, a relation emerge that stress inside and outside, proposing a dialogue with the domestic condition, inherent to the projetc. 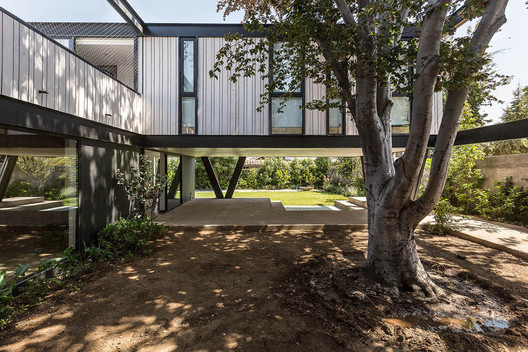