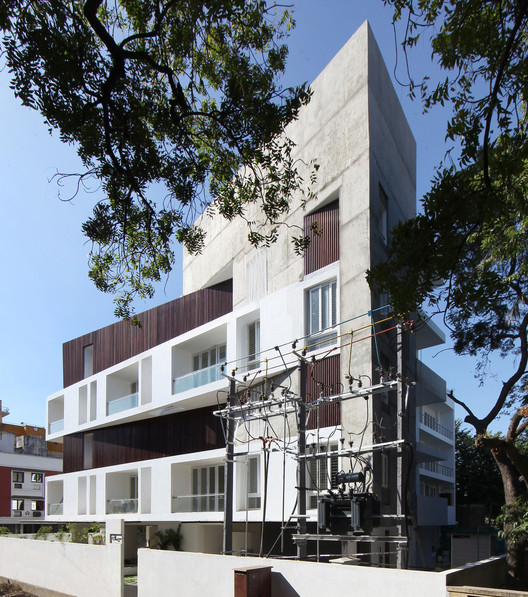 Text description provided by the architects. Sited in one of the quieter pockets in the heart of Chennai, with close linkage to major arterial roads that run through the city, this corner plot enjoys the position of being one of the first prominent residential buildings on entering the neighbourhood, garnering attention while being passed by.

"Sharing and integrity defines a community, but valuing the presence of every individual within fulfils a community living".
The intent emphasizes the need to create a small diverse community within the building.The building’s 17,000 square feet floor area facilitates 11 exclusive apartments, five of which are spacious 3-Bedroom Duplexes; six are compact 3-Bedroom units, with the density limitations determined by the lot’s size and location.

Each dwelling incepts a sense of place to its own resident varying by size, volume, orientation and position within the building. These versatile dwellings fused together to sustain the integrity, conceiving a pure mass to perceive the community in totality, was the challenge at hand.

The versatile nature of each dwelling being embraced on the form evolution by consciously intervening the pure geometry. Marginally twisting the alternative floor masses across the street axis strengthens the perception of distinct edges to demonstrate prominence of every dwelling, the building uses the opportunity to create a powerful visual statement, capitalizing on the views from the junction.

A strong visual anchor, a defined exposed concrete mass seeded to the ground on one quadrant of the building strengthen the integrity as an efficiently weaved vertical transition gracefully intertwine every dwelling within. It creates a rich visual landmark from the intersection, by holding the diverse masses together, engaging with the ground plane and vanishing towards the sky.

To heighten the sense of identity, another layer of material contrast, a louvered mass plugged into the volume along the marginally twisted axis, creating a dramatic spatial demarcation along the exterior, where the light and shade creating dynamic special experience internally, varying in every unit. The double-height living volumes in the duplexes take advantage of these louvered staggering masses that create changing patterns on the wall surfaces, through the day.

The consciously created voids allow each unit to enjoy the views out onto two sides of the building, allowing for well-ventilated and amply lit homes. The angular floor plates create recesses and cantilevers in the floors above and below, giving rise to shaded belts along the threshold of the building, climatically responding to the context.

Residential buildings tend to focus more on the living spaces, leaving little thought for opportunities for community interaction. Here, entrances to all units face each other and semi-private entry courts have been created, that are bathed in light from the adjacent light wells, serving as luxurious foyers for chance interaction between neighbours and others.

By placing the building raised above the ground, the volume provides a relief from the immediate context and wrapped with void, allows direct access to the habitats and parking, creating an external perception which allows the mass to float and define a strong skyline against the universal backdrop. 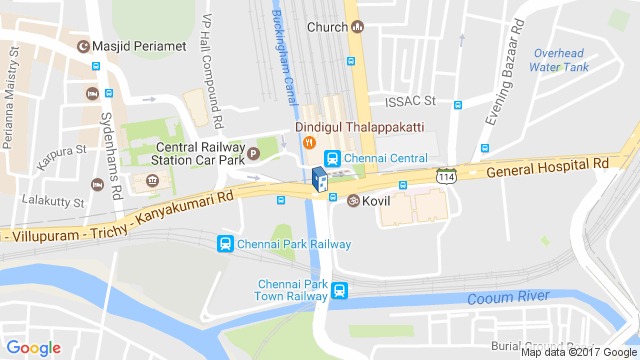