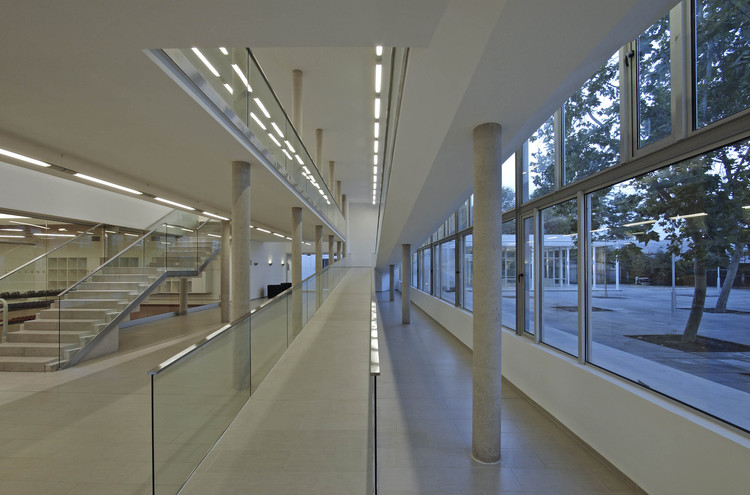 Text description provided by the architects. The building is located at 1727 Santa Rosa Ave., being a 2,000sqm two-storey construction, no underground floor, and housing community activities for the elderly in that specific city zone.

A primary health centre, multiuse halls, a café and an addition to an existing gymnasiumare included as the brief of the Project.

A large esplanade of 1,000m² is created retaining a group of existing platanus trees, in addition five new trees were incorporated to consolidate the courtyard for the new building.

Street Facade
The main facade towards Santa Rosa -±80m. long- sits on a line 10 meters behind the property boundary, due to planning restrictions related to a future widening of the street. This condition allowed to retain an important Ceibo tree (Coral Tree) at the main entrance of the building.

The facade treatment aims to retain the look of the narrow terraced houses adjacent to the building, by recognising existing elements of them. The two-storey building and facade considers a horizontal plinth, an awning which highlights the entrance to the building and a cornice at the top. The building envelope was designed in 95cm modules alternating cladding and windows, in order to retain the pace of alternating colours of existing facades.

The colours used in the facade were taken from the existing ones around the zone. A pattern using yellow, grey and white was used, alternating white and white tinted glazed modules to introduce light into the building. White was also used as the colour in the main entrance -either for walls and awning- being the colour which penetrates into the building.

The look and selection of materials used stands outs from nearby constructions as a statement on qualitys standars, which would allowto illustrate the quality of facilities provided for the neighbourhood.

Interiors
Common circulations are filled with natural light from skylights and double-height spaces, providing a spatial quality whichs was sought to be a gift for the elderly people who lived in this area.

The building main circulation runs perpendicular to the main Street connecting with the gymnasium at the rear part of the site. The two levels are communicated either by a stair and a ramp which faces the internal courtyard of existing platanus trees, thus becoming the main space of the project.

The ramp generates double-height spaces and connects them vertically, giving spatial continuity to the main circulation, furthermore it contains several living areas within the circulation space. 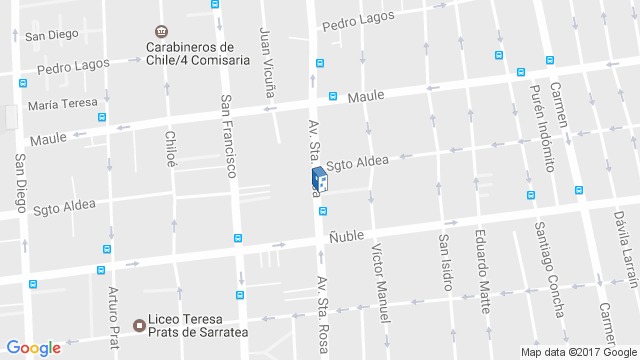