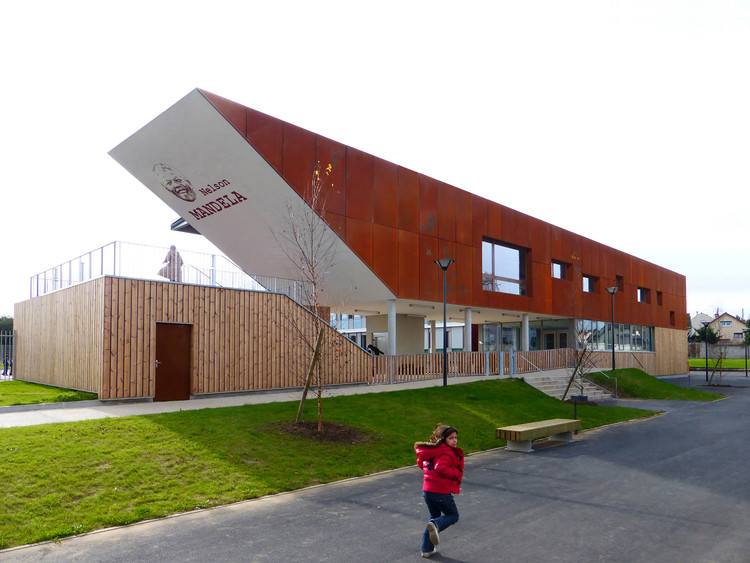 The school is situated in south of the city of Vigneux-sur-Seine near Paris. It is situated in a district in urban renovation financed by the ANRU (National Agency for the Urban Renovation)

The school is bounded on the north by linear housing building of eight floors, and on the south by a housing suburban neighborhood.

All the existing school buildings were realized by the agency of architecture named AUA between 1969 and 1975 (Paul Chemetov and Jean Deroche architects). These schools are adaptations of metallic constructive processes of industrial type.

“The interest of the industrialized system of construction lies exactly in the biggest possibilities of combinations that they give us. Indeed, economies inherent to the repetition of elements can be reinvested in the quality of assembly of the groups”  P. Chemetov, J. Deroche.

The project includes the restructuring of all the education site (classrooms and canteen) and the creation of the educational and psychomotor premises (library, computing and kindergarten sport classroom).

The building in extension will be of mixed constructive type concrete and metal and will include a sport classroom, a library, and a computer room. These two levels will communicate by an internal circulation of full foot with the building of existing education.

The new building will answer the same outline of cornice of the existing facades of the whole school complex. The project involves a cladding Corten Indaten. Two courts are planned in a free volume at the ground floor.

Characteristics of the Built and Outside Aspect.

The new building is established by a single unitarian and compact building constituted nevertheless by three elements of the program: (motricity room, library and computing spaces). The metallic cladding calls back the metallic system industrialized by the school built in the years 60-70.

Premises situated at the ground floor of the extension, will form "a base" cladding wood and accompanied visually the wooden closes between both courts.

The outer spaces have at objective, the creation of an internal central path which distributes all the buildings by an hierarchical organization of circulations. The outer spaces will be finished by an element containing the school court. The building included the sports and gymnastics spaces. 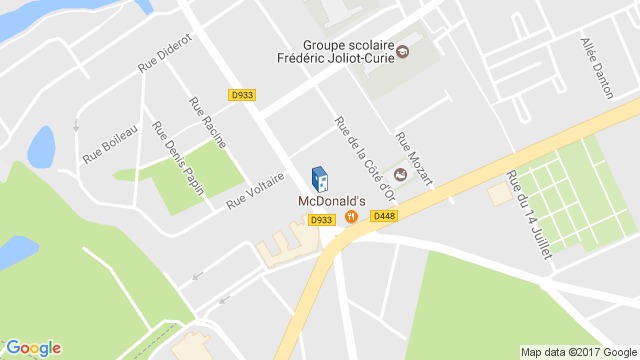 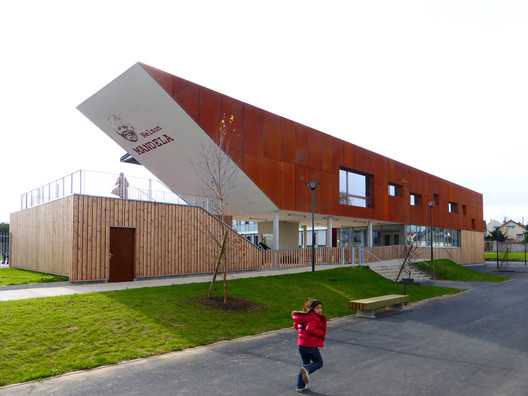