Save
Towering Folly: As Qatar's Death Toll Rises, So Does This Monument
Share
Or
Copy

On one of Qatar's many World Cup construction sites, another Nepalese worker dies. The worker is not named; their death does not make the news, and work resumes on the site as soon as possible in order to make the 2022 construction deadline. But, in the desert outside Doha, a crane driver solemnly prepares to add one more concrete module to what has rapidly, and tragically, become one of Qatar's tallest towers.

This is the vision presented by Axel de Stampa and Sylvain Macaux, of the Paris and Santiago-based practice 1week1project, with their "Qatar World Cup Memorial." Designed as one of their week-long "spontaneous architecture" projects, the monument memorializes each deceased worker in the run-up to the 2022 World Cup. 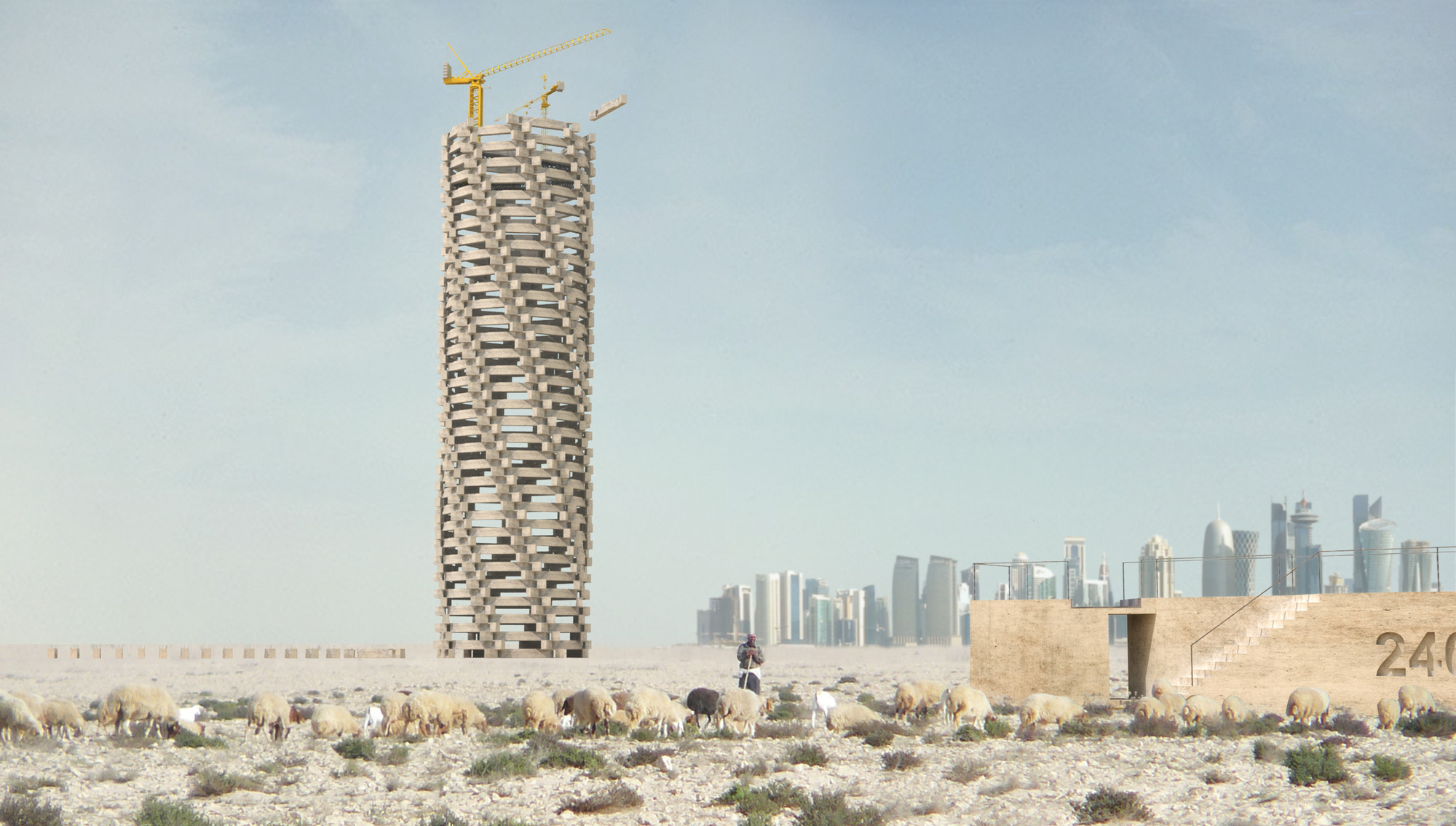 The design consists of an infinitely scaleable spiraling tower, simply constructed with huge, numbered concrete blocks. The blocks have built in stairs, allowing people to climb and inhabit the monument, while at the structure's center a crane will rise along with the tower's uppermost levels, kept on standby until construction is completed in 2022.

"This structure offers Nepalese and Indian families as well as families of other nationalities a site for mourning removed from Qatar’s cities and skyscrapers," say 1week1project. Citing figures from the Pravasi Nepali Co-ordination Committee, they say that more than 400 Nepalese workers have already died in World Cup construction projects - meaning that with four blocks per level, and each level in excess of 2 meters tall, the memorial would already be one of Qatar's ten tallest buildings. "If the death rate is not reduced, the Qatar World Cup Memorial could reach a height of 1.5 kilometers (nearly a mile)," add the designers.

Like other designs in their "spontaneous architecture" series, de Stampa and Macaux's design for the Qatar World Cup Memorial is not intended for construction. Rather, their proposal raises awareness of one of the biggest issues in architecture today, and provides some way to comprehend the enormity of the problem.