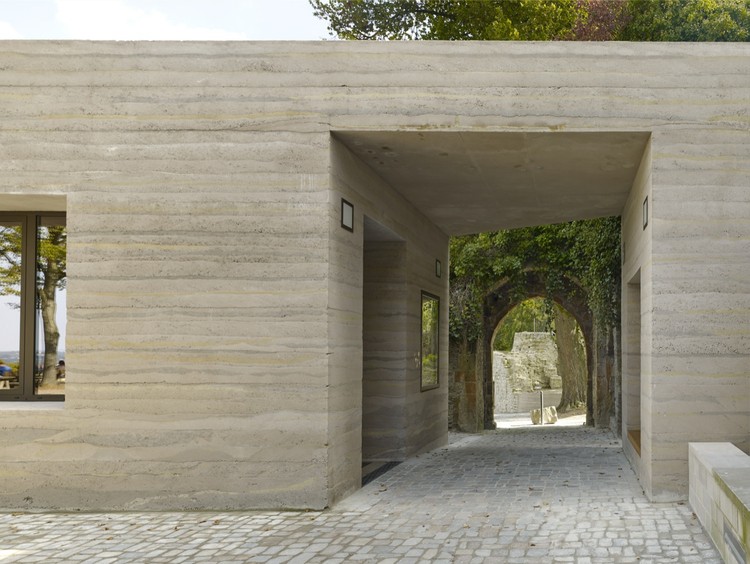 Text description provided by the architects. Only a few distinctive elements of the Sparrenburg fortress are left. A 37-metre tower, the main building, an outbuilding and the remains of a gatehouse define the current bailey, which was once the fortress’s outer bailey. The bailey is a very popular spot thanks to the views it offers of the city below.

The new single-storey building was designed as a stand-alone module at the bailey‘s south-eastern end. Together with the gatehouse torso its structure forms a new gateway in which the historic entrance to the fortress can be re-experienced. At the same time the structure has provided a new spatial frame for the bailey. Just like a compass the intervention has clarified the sequence and alignments of the fortress‘s external areas and improved the functional preconditions for its current use as a monument and viewing point.

“The design is not a reconstruction of a certain historical state but instead adds a contemporary layer to the place‘s ever-changing history“, says Max Dudler. It is independent of the fortress‘s various construction periods and styles in the sense that it doesn‘t favour the medieval castle, the subsequent fortress, the 19th century reconstruction or the destructions of World War II over the others. Instead the design translates the existing buildings‘ expression into a language current today. Motifs found on site, such as the recesses in the fortress walls, are echoed and reinterpreted in the new building. The rammed concrete from which the visitor centre‘s structure was cast most notably communicates a tangible sense of this design stance. Like the sediment layers of stones, the colours and textures of the castle ruins have left their mark in its walls: both the limestone of the walls and the sandstone of the jambs. The lively structure of dry concrete and compressed layers also makes the craftsmanship that went into its construction visible.

The new building doesn‘t touch the gatehouse fragment anywhere but leaves a gap between old and new. This opens the gateway for two paths to the right and left. One leads to the main building‘s terrace, the other to the staff entrance in the rear. The straight main path also passes the visitor centre‘s main entrance. The newly created ensemble of old and new buildings thus forms a place of arrival, distribution and information. Inside the visitor centre are a museum shop and the ticket area in a room using the same materials as the facade, as well as a kiosk facing the bailey to the north-east.

The info point for the Johannisberg garden and park, which is still under-construction, is less than two kilometres north-west of the Sparrenburg fortress. The info point‘s formal design language is closely related to the visitor centre‘s. To create a common identity for park and fortress, both houses will speak the same language in terms of materials, spatial dimensions and facade design. 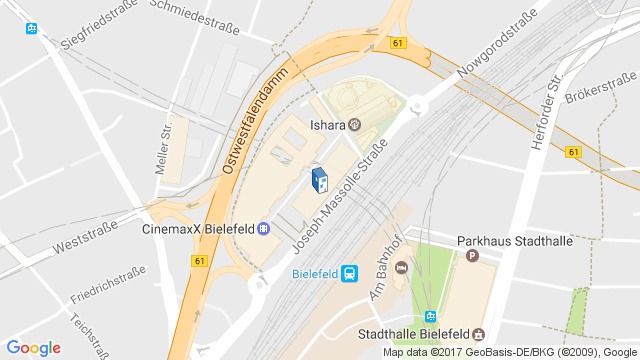