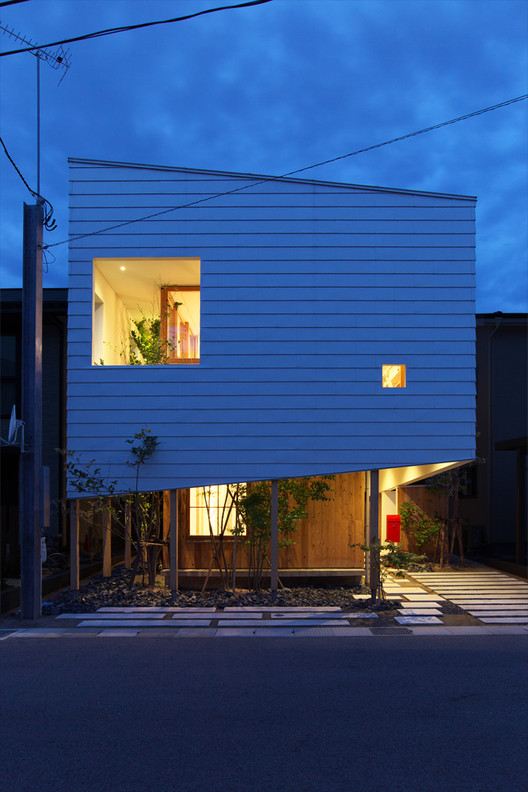 In 2012, an enormous amount of housing lots, 540 subdivisions in 17.30 ha of the high-density housing development area, was opened up for sale in Niigata, Japan. Even though regulated by the green coverage ratio with plenty of parks and the setback distance from the next house, the site gave us the feeling of neither especially attractive nor reliable enough, namely identically blurred, but typically GOOD.

Within such an environment, OH! House is planned for a family of four in one of 540 subdivisions. Three requirements from the client are clear and straightforward; to list, Garden to make their life open possible, Bookshelf to be filled with a large amount of books, Closed kitchen room.

On the ground floor, entrance mortar floor crosses at the center of the house, and a room for two children is placed next to it. This seamless connection to the outside lets children use not only their private room but also the space all around without any boundaries.

On the first floor, deliberately LDK is divided into small rooms instead of making a large one-room. Living room, dining room, kitchen room and toilet are arranged in a row with open access from side corridor, and thus gently divided each other. By filling in between Living room, Dining room and Kitchen room with their favorite books, the characteristic 12 meters long bookshelf and work counter along the side corridor have become a heart of the house.

A variety of trees reaching up to the first floor are planted outside the separate rooms of LDK, so that “Garden around the House” is created. Facing to the garden and being surrounded by richly grown trees, large windows enable us to make our life open possible, and even to touch the trees from above.

Furthermore, a big hat put on the entire house including “Garden around the House” creates Buffer Space: vague territory in between inside and outside, which mediates and protects the house from harshness of the climate in the region: heavy rain and snow fall; sunlight in summer; cold wind in winter, and the privacy from neighbors. Consequently, OH! House is obtained simultaneously secure and fully opened life with the sense of seasons in the middle of high-density residential area.

The separate rooms of LDK and the space in between them; the change of seasons and the passage of time; 12 meters long work counter, bookshelf along the corridor and a lot of books; The vagueness of interiority that people live together with sunlight and rain under the big hat of the house; Inside just like Outside or vice versa, OH! House is filled up with such plenty of opportunities and we would walk around them. On the way of walking around, there are Living room, Dining room, a cozy couch and favorite books. This is what we aimed to achieve here: what the house could be, how people would live, and eventually, how a house can position itself in the sea of blurred identity. 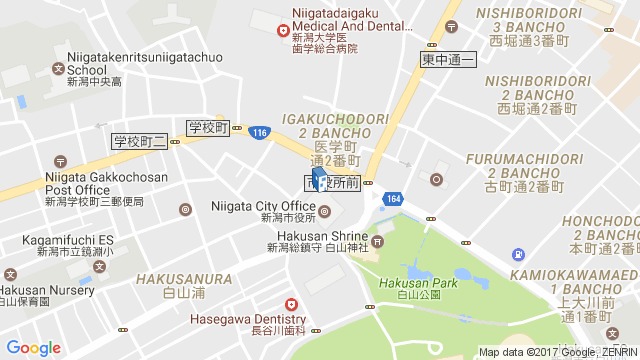