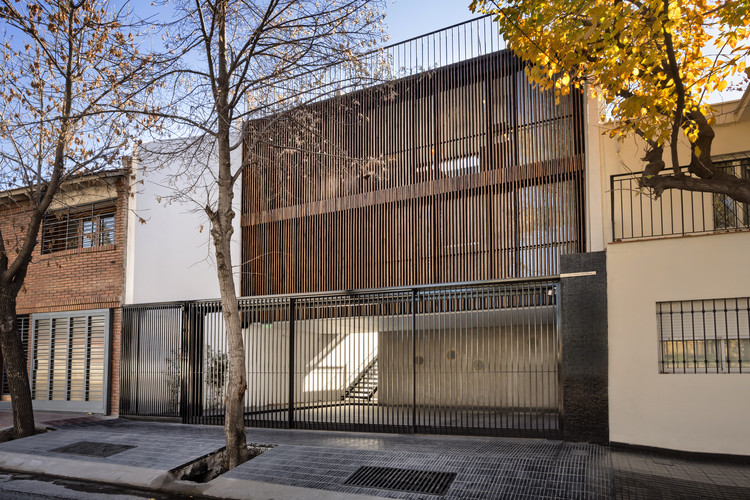 Text description provided by the architects. It is a small apartment building for rent, located in the Fifth Section of the city of Mendoza, a well-defined fringe of the city, near to the General San Martin Park, with traditional houses that are lately changing to higher buildings up to 12m. In front of the building there is a small park, the Fire Headquarters and the Historical Archives Square, both forming a set of old trees.

According to the regulation, it was possible to build three apartments - one per floor – a small one on de ground floor and two bigger apartments on first and second floor.

A concrete block is the only visible support at this level. Only a few holes in the wall allow you to see into the street; the apartment on Ground Floor opens to the north, into a courtyard of pellets, walls with vines and low water consumption plants.

The core of stairs is built with a steel mesh system, so it gives light and air at all levels.Both top apartments occupy the whole front of the plot, where the dining room and kitchen area is placed. It extends his visual limits towards the neighboring grove and appropriates of the existing linden on the path. The totally glazed front remains protected by a closing strip of wood arranged vertically, that opens or closes the looks according to the position of the observer.

Taking advantage of the orientation North - South of the lot, a court between the living area and the bedrooms was arranged, delimited by cloths and glazed transparent or translucent, like that openings air traffic and revenue of light is achieved in all the environments, in addition it creates a new interior landscape. In the western part it is closed with tables of wood that act as solar filter and give privacy to the housings.

The north facade treads the ground and rises vertically as a concrete block draft by the bedroom windows, which show the height of each floor. 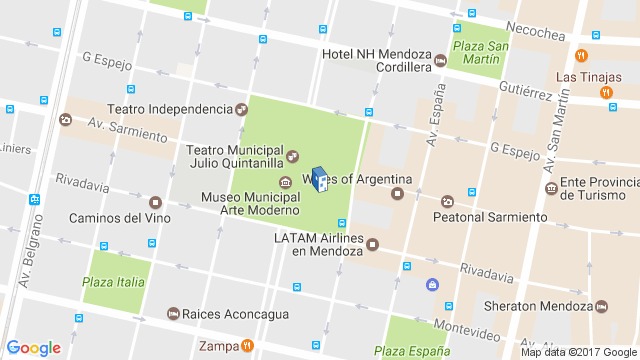