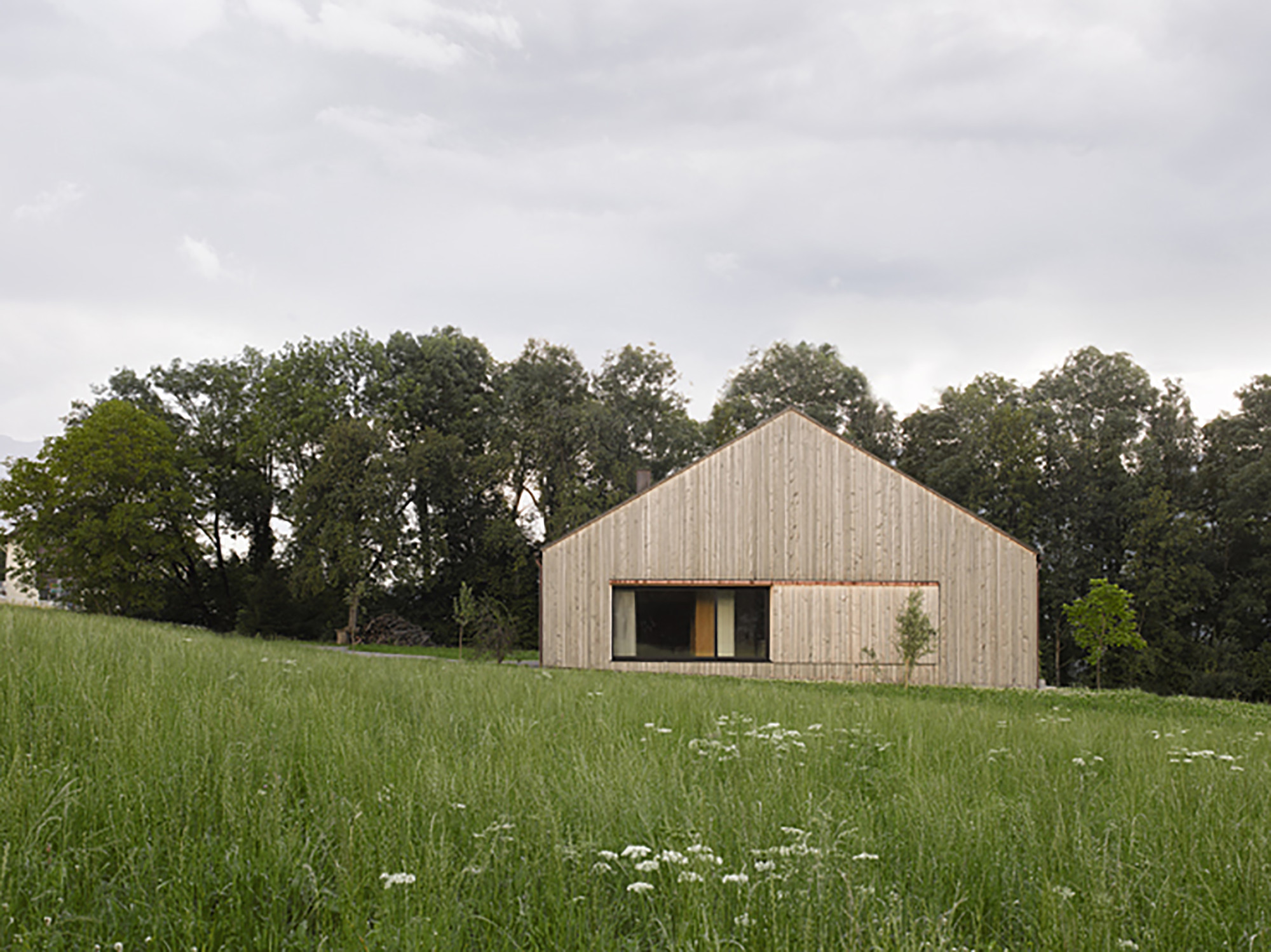 Text description provided by the architects. The desire for poetic normality

The longish, seemingly composed building with a classic ridged roof already anticipates a farming building. It is no surprise in such an area where agriculture defines the landscape. Sheds and barns are widely scattered. The few, but precisely placed and well-proportioned openings in extraordinary formats are only noticed on a second glance. The reluctance has its reason: the inherited lot has been family-owned since generations. This circum- stance defines a design that focusses on the appropriateness rather than the maximization of the possibilities as a main aim.

The old farming house in Doren Kaltschmieden has been disrupted through several insensitive alterations throughout the years and has suffered a lot through this. The very bad building fabric – in the foundations as well as in the timber construction contributed to this. This is how the new building goes into dialog with the present topography and the village structure. A soul mate body even? Nevertheless the main aim of the design was a building to interweave the soul of the old house with the place.

The exact placement of the building, even if it seems unspectacular, is supposed to reactivate a traditional buil- ding form- without falling into the abyss of a superficial folk like architecture. One could have done a lot wrong if one would have followed the typology of a standard settler house. It seemed important that the place would be refilled by a similar big and compact capacity and to avail oneself with the functional virtues of the Bregen- zerwald house.

The fewer elements a building calls for, the graver becomes the decision for the ones that are inevitable. This is how many functional rooms like living, garage, attic and terrace melt into a compact volume under a homoge- nous board skin with only one large-sized opening into each of the cardinal directions. Concrete in form of a big table on the inside of the house, serves as a heat repository medium and supports in its centre functions like a big wood-burning fireplace oven.

The complete concept tries to accommodate all the users’ contentment in its simple volume, who live very indi- vidualistic mainly with collected and predominantly self-made things. The universal context between nature, region, material, craftsmanship and collectors passion define the architecture of the house.