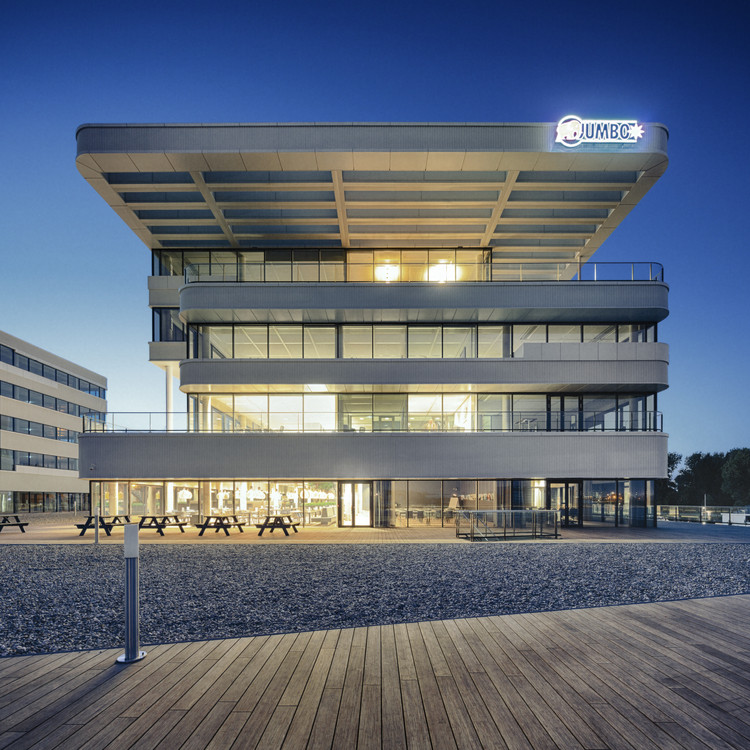 Text description provided by the architects. Jumbo and Wärtsilä have their core business in the industry. The maritime character of the two companies was a key starting point for the project. The two companies are housed in a pair of separate buildings above a shared parking level. The buildings share a common design vocabulary, focused on the views over the water and the activity of the harbour area.

The entrance square for both buildings is at the head of the Havenstraat. The facades on the north side form a compact volume, with alternating strips of balustrades and glass. Two broad stairways and an access ramp on the west side lead to the spacious deck, which forms an integral component of the volume and also acts as an outdoor terrace.

This interplay of lines is amplified still further on the south side of the buildings, where they open themselves out towards the water. Large outdoor terraces, which are on a split level thanks to variations in the floor height, are located on both sides. The volumes are rounded off by roof awnings that extend far out from the building to provide shading from the sun.

The buildings stand in a perfectly attuned relationship to the water. The Nieuwe Maas, with its passing ships and its surrounding harbours, is clearly visible from the interior of the entire building. Conversely, the buildings and the business activities of Jumbo and Wärtsilä have a clear visual identity when seen from the water.

Jumbo originally had its premises in Rotterdam’s city centre. Now the employees’ passion for their work is made even stronger by the building and its relationship with its surroundings: the new head office is highly valued as a pleasant working environment by the employees.

The Jumbo office is an extremely spacious building. The central atrium creates an open and pleasant working environment with enhanced interaction between Jumbo’s various departments. This is immediately tangible at the entrance. A broad stairway leads to the atrium, which forms the central heart of the building. All the key functions – for instance the boardroom, the conference room and the shared meeting areas such as the courtyard garden and the restaurant– are grouped around the atrium.

The atrium and the open work areas facilitate the free flow of communication between Jumbo’s various business units and departments. In addition to the central access via the buildings’ cores, an open connecting stairway has been placed to enable interaction between the departments. The atrium provides transparency: the river is visible even from the north side of the building.

The open floors give a high level of flexibility in terms of layout, and reflect new working patterns. This is achieved by the way the space is divided, and by the creation of both open and closed work and meeting areas, concentration areas, shared desks and meeting plazas.

Adjoining the atrium backlit screens with photos of Jumbo’s core activities on the wall present Jumbo’s identity. The design of the building and the interior also complement each other perfectly in the materials and colours used. Bamboo is used both inside and out, for instance, and the white strips on the facades are extended into the indoor area, creating a light and airy interior. 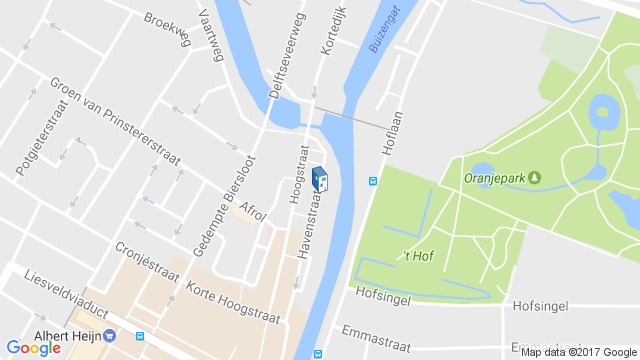 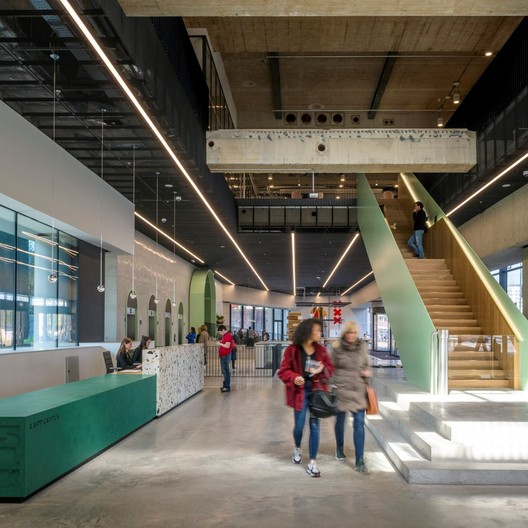