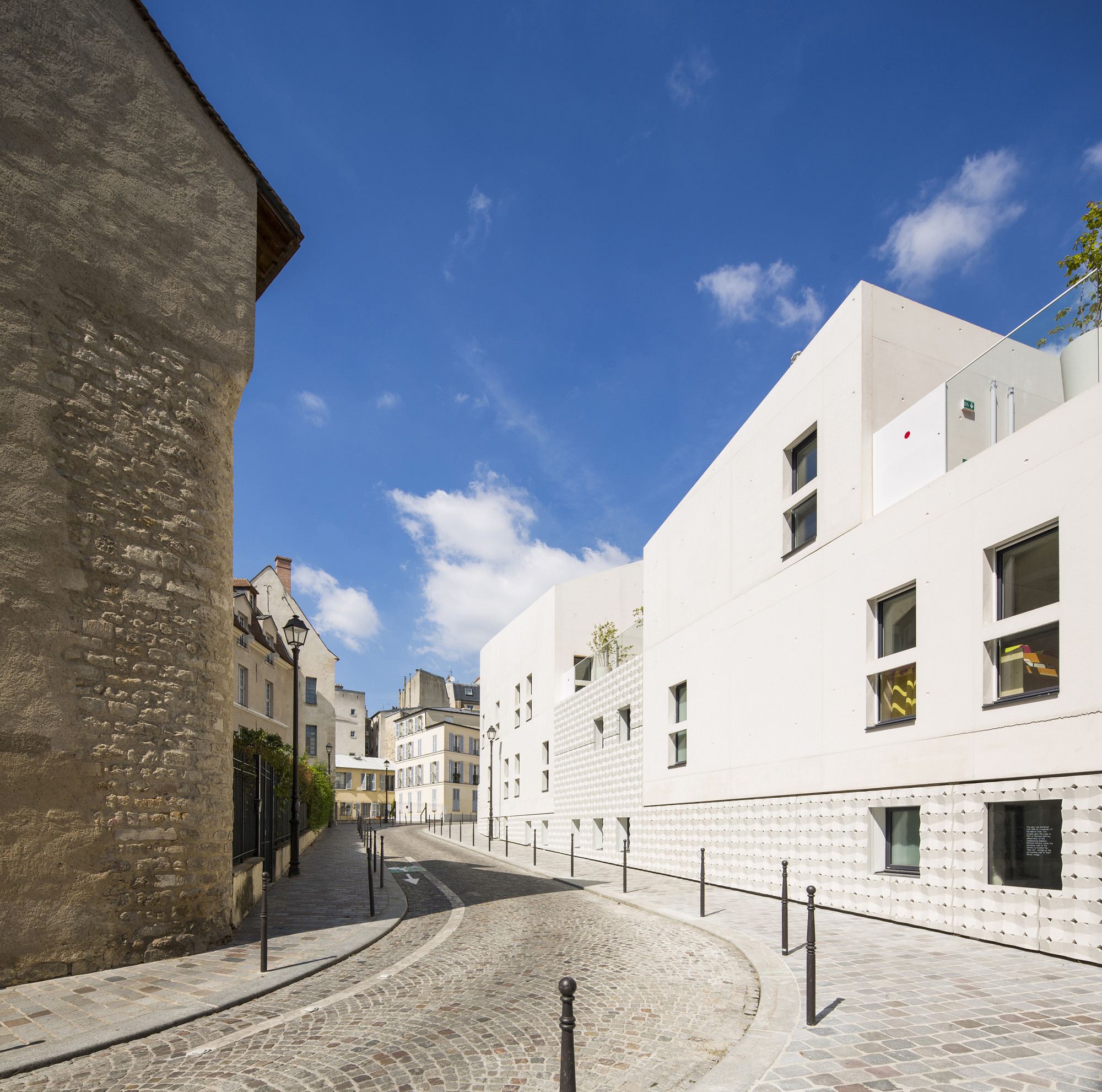 Text description provided by the architects. Outdoor : The project is located in the south of Paris, in a small curved street, surrounded by historical and typical french buildings of the industrial period. The low density of the neighborhood, the street shape in addition to a 2.5m difference in height give the impression of a small provincial town. In fact, the curve of the Gustave Geoffroy street gives this exceptional site several constraints that have to be used to generate a well-integrated project to its urban fabric.

The main ideas of this project are to design a building that perfectly fits in its heterogeneous urban surroundings, and also to provide a comtemporary and simple architecture, yet discrete and remarquable. This will, in the same time, highlight the history of the buildings nearby, and create a new urbanity.

In this way, the building has been designed on a base, to mark an urban façade that accompany the difference in height of the street, reduce the the slope effect and give a certain unity to the whole. On this base, a set of volumes has been placed in such a way that it allows different perceptions and perspectives and also preserves a visual connexion to the street.

This project has a domestic scale, the succession of the volumes above it, makes it correspond with the scale of the other buildings. - The northen volume is the highest, it leans on the party wall of a five-story building which is also the most imposant in the street. - The central volume is the longest, it is also the building entrance to the childcare. - The southern volume marks the entrance to the mother and child welfare center, a slight cantilever provides a visual continuity to the ancient «fosse aux ours».

Buildings are implanted to harmoniously follow the natural slope of the street. They are put in such a way that they don’t give the sensation of an impose construction. This decomposed volumetry creates generous outside spaces and several point of views yet from the inside of the building and the street.

The three volumes are made of white concrete and have angled roofs that remind the traditional architectural context nearby. Openings are treated with a central built-in transom, which offers fixed windows for children (the highest part are at 1.30m).

Indoor: A childcare should be a place where children can developp their perception of live, and learning by stimulation. By giving a respectful, safe and confortable environnement. Thus, this project has optimal natural lighting, with a maximum of glazed modules between the different areas (infants, children …) Each of these areas has been treated with a different color, to make the spaces fun and animated. The motricity room, and the playroom are widely opened to the garden, outer blinds protect them from the sun.

Child stimulation is not only developped in a linear way, the richer the educational environment is, the better it is for the children. The project idea to design indoor spaces, comes from the thought that architecture should help stimulate the youngest’s senses. That is why we the building offers an architecture that is in the mean time : Tactile: Indoor spaces are treated with various materials, for example Activ’air Placo-impact for walls, coloured plastic grounds, windows at the height of children, resin changing tables … Coloured: Every indoor space has a specific volumetry and color. Besides, all the windows joints and frames are made in aluminum/wooden, lacquered in colours. The courtyard, and the children’s terrace are covered in a cushioned rubber floor with coloured circles. 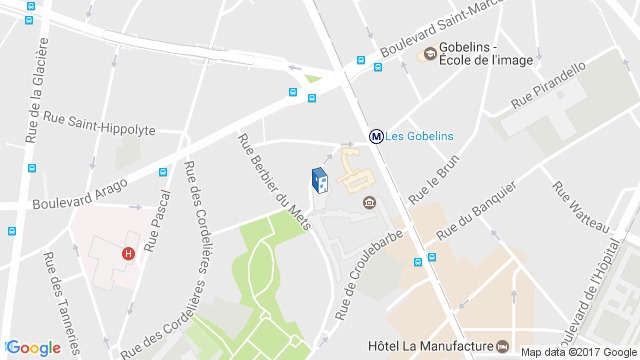